Judging from a battle of the ads between Camel cigarettes and Chesterfield cigarettes in the Maroon and Gold, the student newspaper of Elon University, the 18-24 demographic was a priority target for ad men as early as 1936. Throughout Volume IX of the Maroon and Gold, spanning the 1935-1936 academic year, Camel regularly placed ads on the penultimate page of an issue, while Chesterfield secured space on the back page.

Camel and Chesterfield were a North Carolina tobacco rivalry. The R.J. Reynolds Company, which produced Camel cigarettes, was based in Winston-Salem; operations of Liggett & Myers Tobacco Company, which produced Chesterfield cigarettes, at the time were located in Durham. Since the debut of Camel cigarettes in 1913, the Chesterfield brand had emerged as a strong competitor.
In these 1936 ads from the Maroon and Gold, Camel appealed to college students’ strained budgets and even suggested that smoking Camels improved stamina while studying. Chesterfield, on the other hand, attempted to entice college men and women alike with their cigarettes’ smooth taste and sexually suggestive ads. 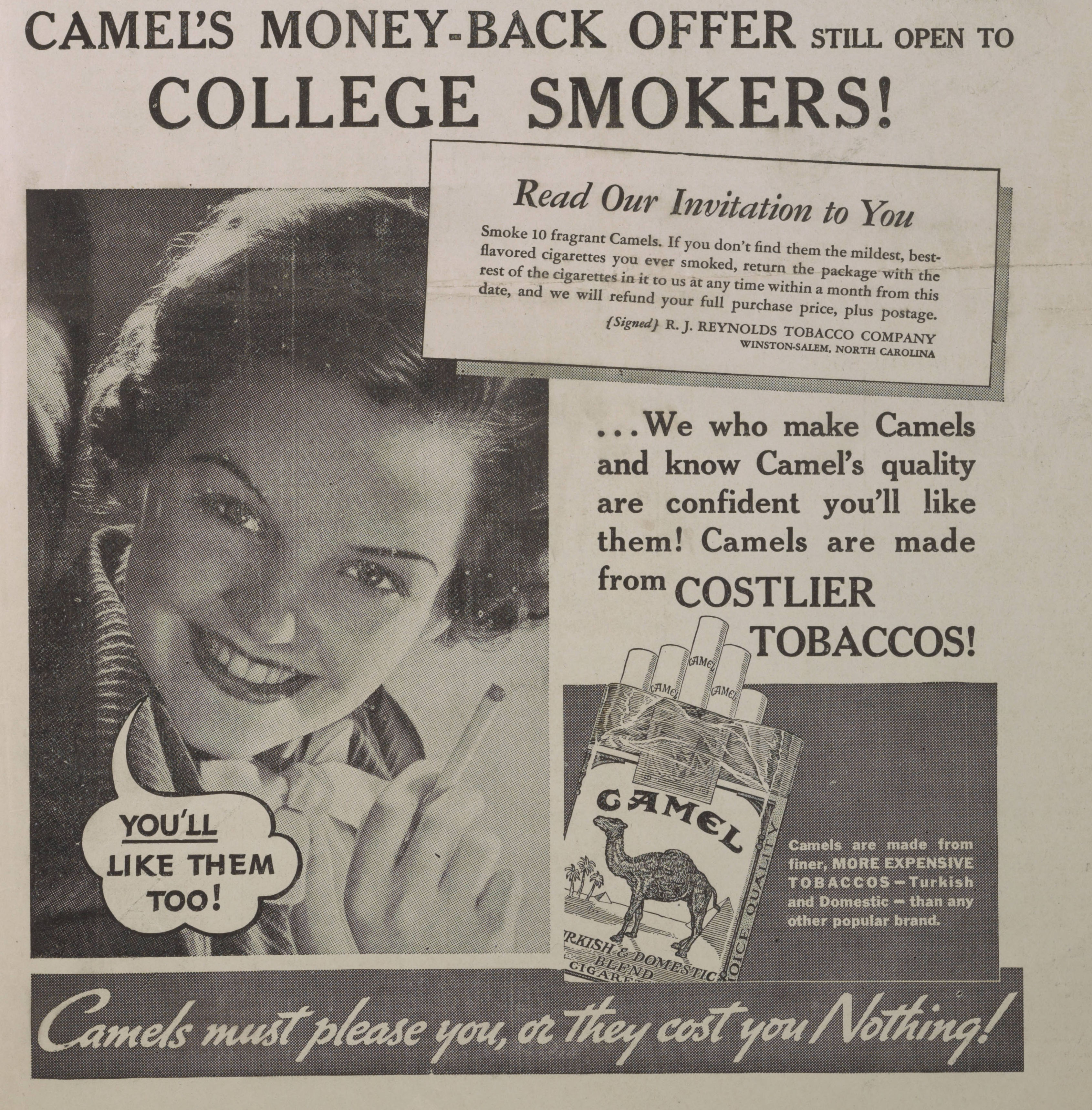 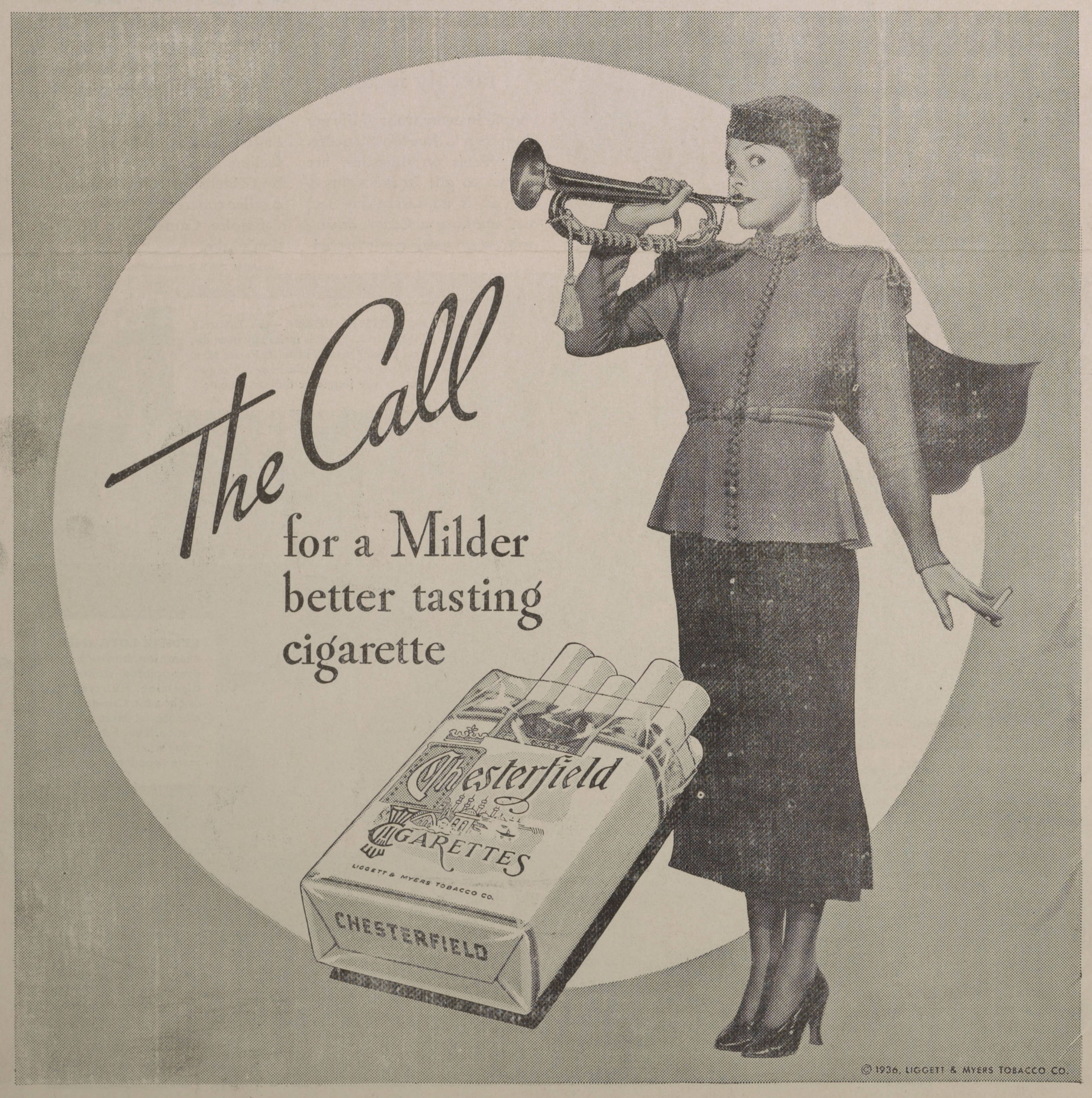 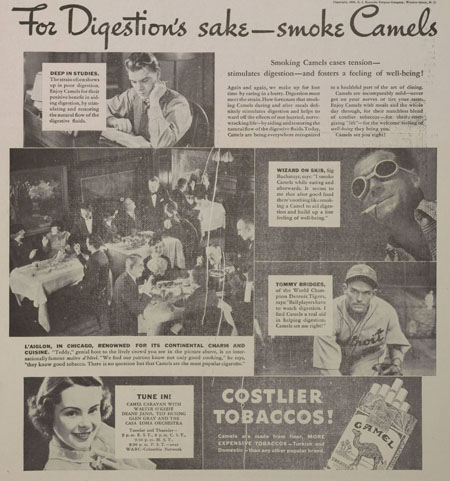 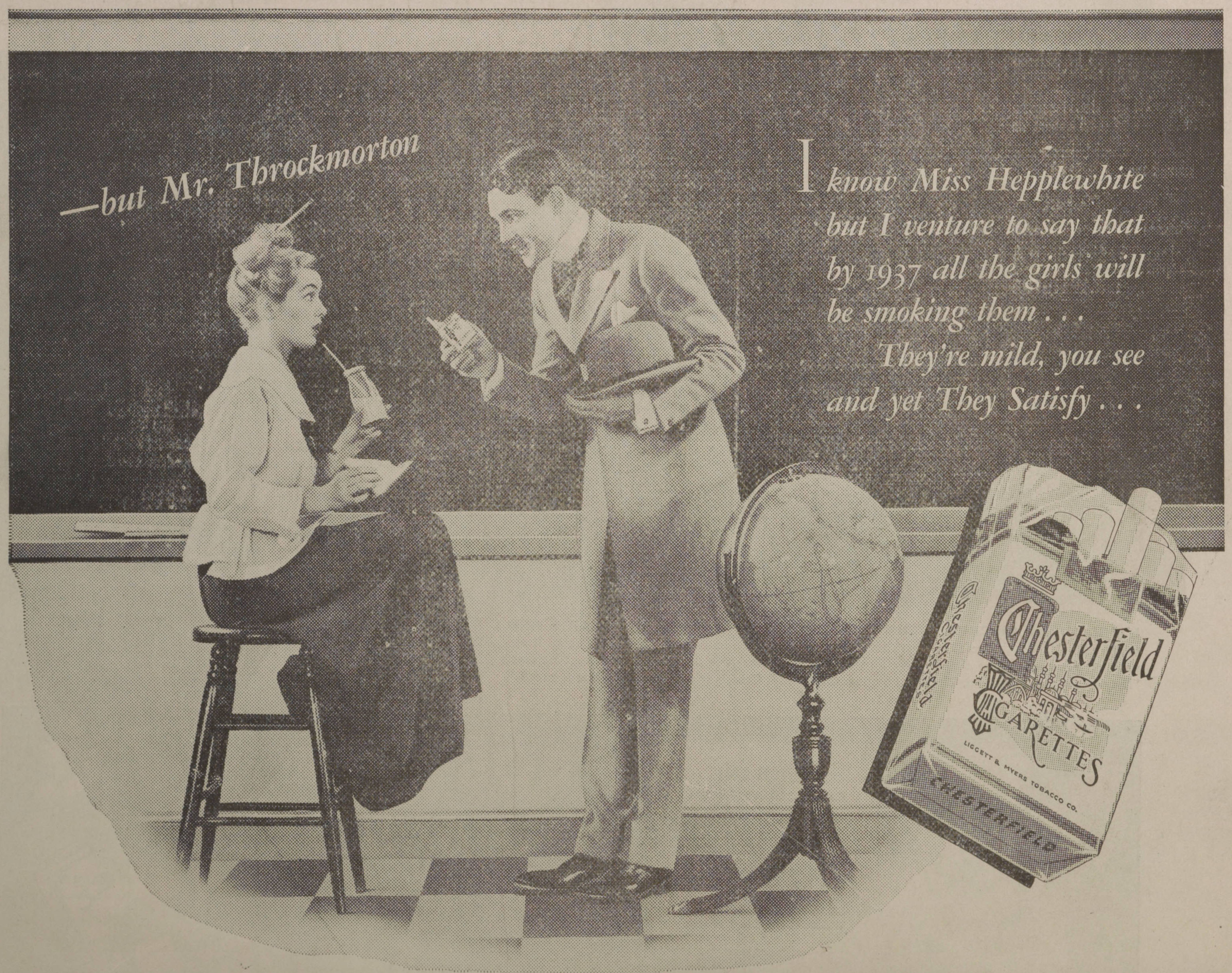