This afternoon, the western portion of North Carolina will experience a total solar eclipse and the rest of the state will experience almost a total eclipse.  A peak into the newspapers on our site show that the rhetoric around eclipses has not changed too much over the years.

Danger to one’s eyes is still the number one warning about watching the eclipse.  The front page of the March 5, 1970 Warren Record in Warrenton shouts “Danger!” about looking directly at the eclipse that was happening on March 7. 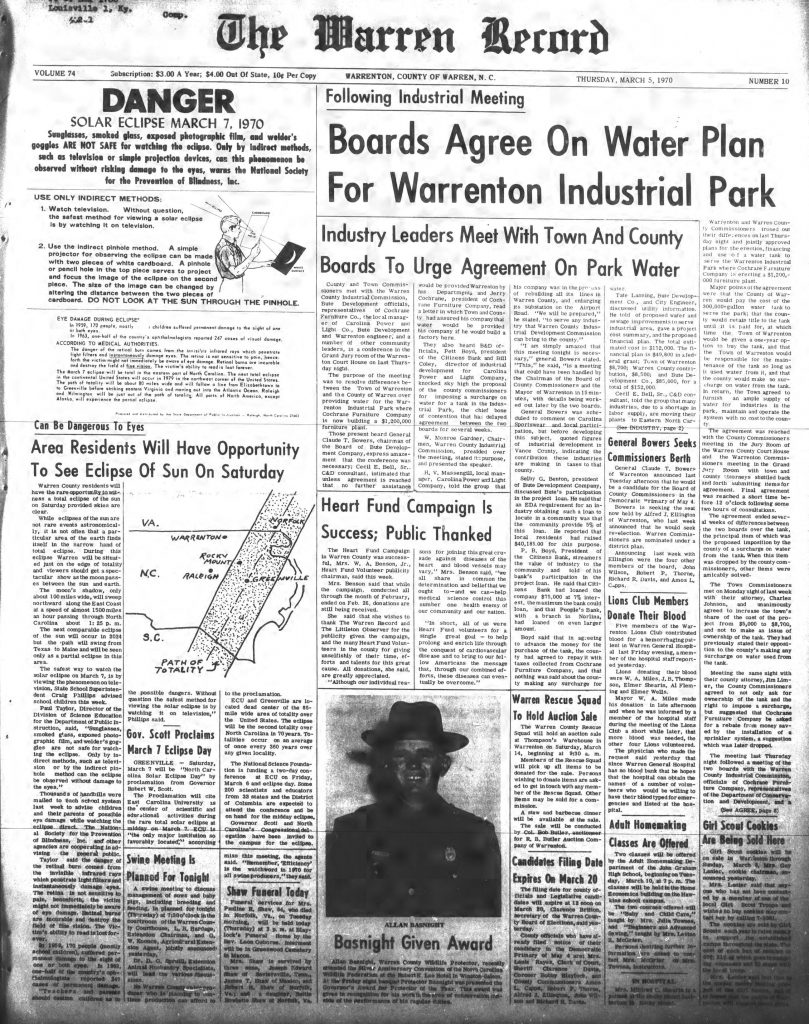 The New Bern Mirror noted about the same eclipse that the safest place to watch it would be on your television. 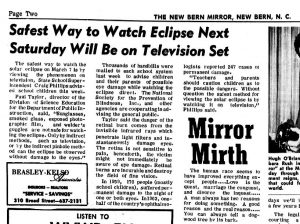 The Mirror was not the only paper in 1970 to discuss watching on TV.  It was a topic in the Raeford News-Journal as well. 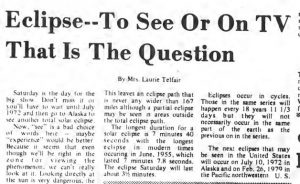 In 1923, many of the papers on DigitalNC ran a feature about the ability to watch the eclipse that year at the movie theater – a big innovation for the day. 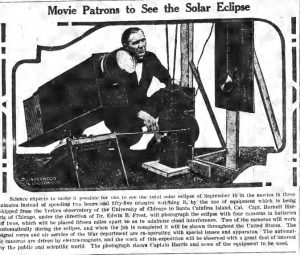 Perhaps our favorite find – and what may be of particular interest to those out in the western portion of the state – is an article found in the January 29, 1925 issue of the Brevard News, which noted a partial eclipse visible the weekend before.  It also stated at the end that “Scientists tell us that not for 300 years will North Carolinians be able to see another one in their own state.”  So either it was a misprint or scientists have had to do some recalculations!

Wherever you watch today’s eclipse from – be careful of those eyes!  And to read more eclipse stories in DigitalNC’s newspapers, visit here.