As the school year comes to a close across the state, it seems like a good time to take a more in-depth look at the wealth of information that can be found in the more than 1,600 high school yearbooks that we have scanned and made accessible on DigitalNC in the past year.  While the most obvious use of these yearbooks is for genealogical purposes, they contain much more than just portraits and can tell a lot about the towns and time periods they come from.

As our high school yearbooks are only available through the year 1964, there is not a lot of integration of North Carolina schools evident in the yearbooks.  However, the yearbooks available in DigitalNC do come from both white and black schools, often in the same towns, dating back to the early 1900s.  This can allow comparison of how the schools operated and a view into life in segregated schools in North Carolina.  For example, in Tarboro, there was Tarboro High School, the white school, and Pattillo High School, the black school.  Our yearbooks from both cover the 1940s-1950s. 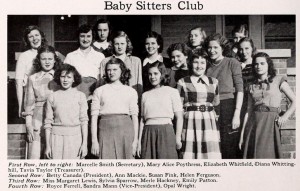 In many of the yearbooks in the North Carolina High School Yearbooks collection there are extensive sections dedicated to both the clubs and the athletics at the school.  These sections, with many group portraits, action shots, and sometimes even added explanation, provide a glimpse into what extracurricular activities students participated in throughout the years.  For example in the 1949 Chapel Hill High School yearbook  there is a babysitter’s club pictured, and in the 1929 R.J. Reynolds High School Black and Gold yearbook, there is a photograph of the “Salemanship club”.  Beyond being interesting in their own way, this information shows how priorities for school age children and the expected responsibilities they have shift over time. 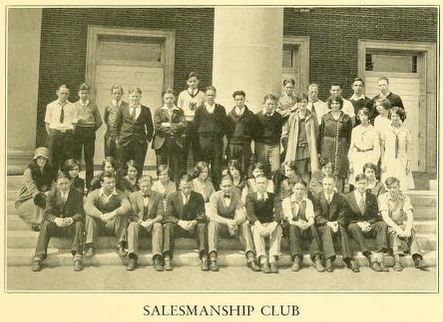 Most of the yearbooks contain information on the teachers at the school and the courses and subjects they taught.  Again, like the clubs, this information provides insight into how subject emphasis in school has changed over time.  The page below from the 1963 Lion yearbook from P.W. Moore Junior-Senior High School in Elizabeth City includes photographs from classes that are not often seen anymore, including agriculture, typing, and guidance class. 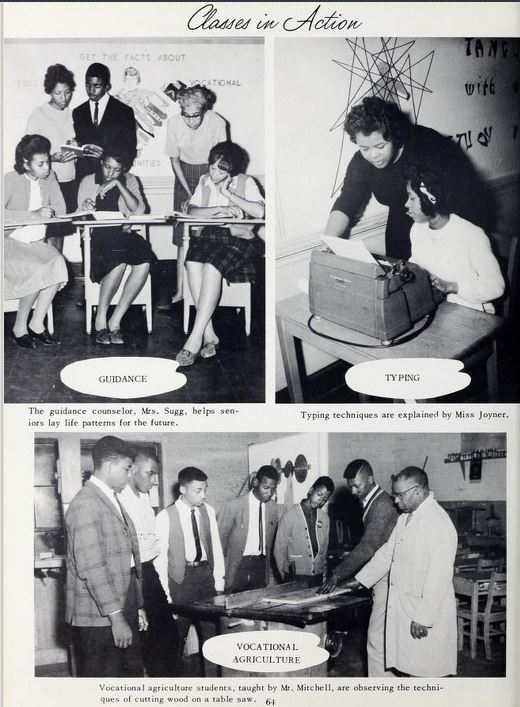 Some of the classes offered at P.W. Moore Junior-Senior High School in 1963

The yearbooks also contain a lot of images of events that occurred at the schools.  A few weeks ago we pointed out the wonderful May Day images from across the decades.  Other events such as prom, homecoming, and school specific traditions are included in the yearbooks.  Below is a schedule of events from the 1941-1942 school year at Hickory High School.

Current events of the day are also featured in these yearbooks.  For example, those published during World War II often have heavy patriotic themes and some, such as the High Point High School yearbook from 1945, have whole spreads dedicated to those lost from High Point, particularly fellow classmates, in the war. 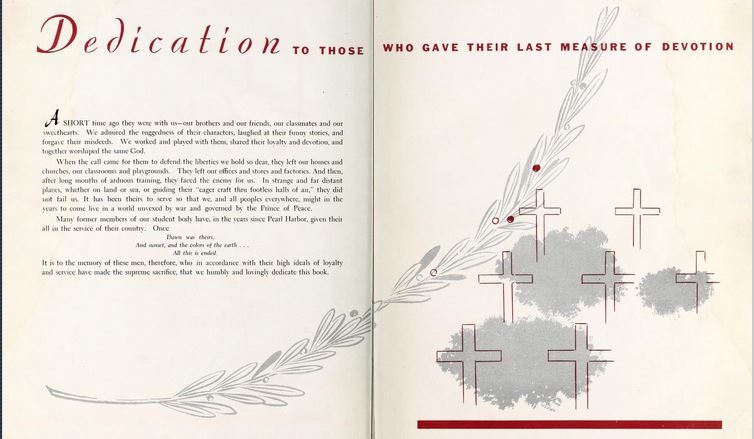 Dedication page to those killed in World War II from High Point High School, from the 1945 Pemican

The advertising section at the back of the yearbooks offer a glimpse at the businesses of the town the school is in, which can be particularly useful for small towns that may not have had their own city directories.  The listings usually include addresses for the businesses, and sometimes, as is the case in the 1960 Pittsboro High School yearbook, photographs of the businesses themselves.  These photographs can be the only images of businesses that shut down years ago. 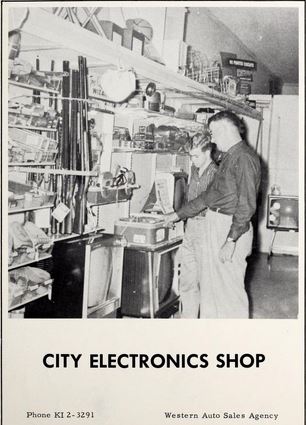 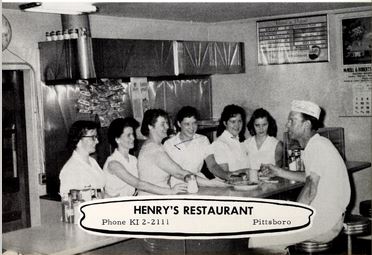 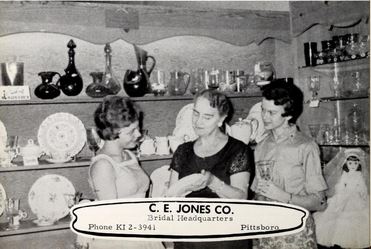 As graduation approaches for high-schoolers across the state, spend some time looking through our high school yearbook collection  and take a peek into life as a high school student fifty years or more ago.  If you know of high school yearbooks at a local institution in North Carolina that are not currently included in our collection, go here to learn more about how to get them included on DigitalNC.