Home · Blog · What were students readin... 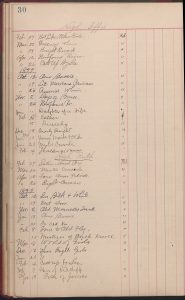 The circulation records of an ambitious student

What books were popular in school libraries over 100 years ago? New material from the Wilson County Public Library give us a fascinating glimpse into the reading habits of young people around the turn of the century. A book of circulation records from Wilson School’s Spring 1899 term details loan records from more than 250 students, showing what they read and when. Popular choices included books still well-known today such as Alice’s Adventures in Wonderland by Lewis Carroll, as well as less currently read volumes such as Young Maids and Old by Clara Louise Burnham.

Wilson County Public Library has also contributed a set of portraits of Reverend Owen L.W. Smith, and his wife Dora Oden Smith. Reverend Smith was born into slavery in 1851, but as a young man ran away to join the Union Army when General Sherman marched through the south. He had an impressive and varied career as a school teacher, a Justice of the Peace, a lawyer, a preacher, and the Consul General to Liberia for two terms. He passed away in 1926 in Wilson County.

To learn more about Wilson County Public Library, and see other materials they’ve contributed to DigitalNC, visit their partner page. 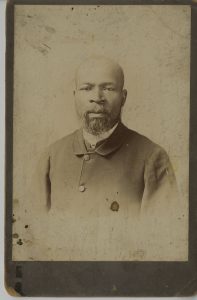