This week we have another 45 newspapers added to DigitalNC including our first titles from Ridgeway, North Carolina!

In the June 15th, 1920 issue of the Asheville Citizen we have an article celebrating UNC’s class of 1920 where recent graduate, and Asheville native, Thomas Wolfe reads the class poem and presents the class gift at an alumni event. It would be almost a decade until his iconic debut novel, Look Homeward, Angel, is published. 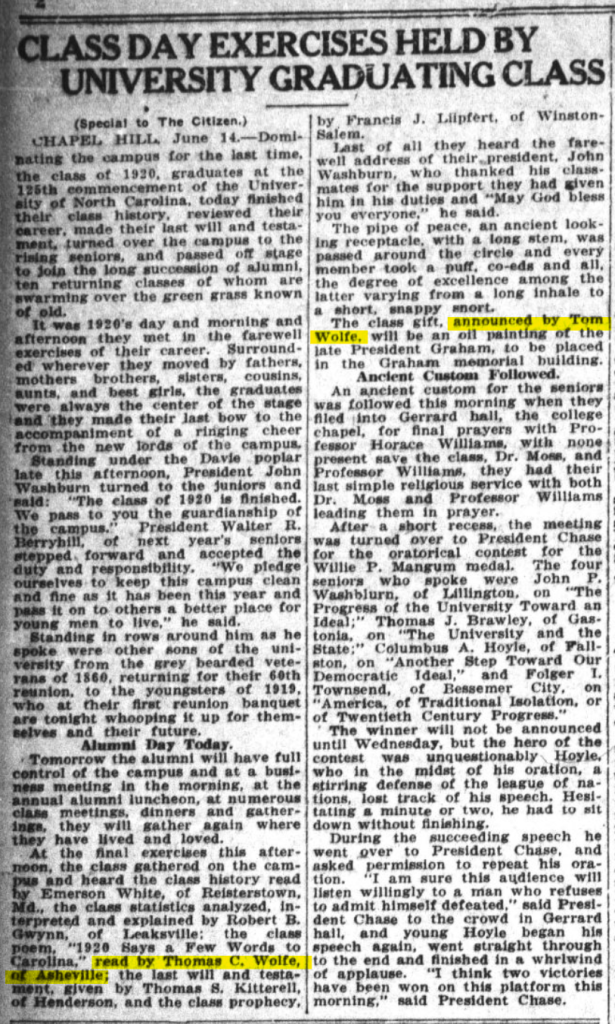