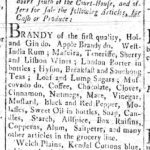 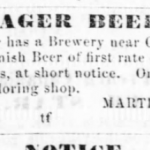 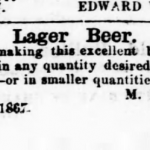 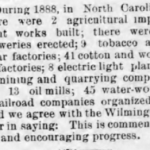 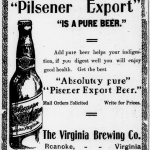 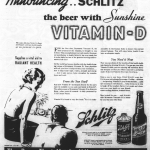 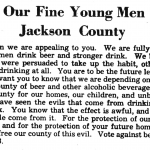 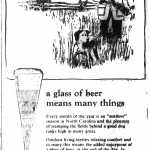 The first issue of The Carolina Journal was published on September 7, 1965, just nine months after the college merged into the Consolidated University of North Carolina. The paper marked that transition period by documenting many of the changes on campus, including announcing new faculty members, the addition of intramural sports, and changes to rules and regulations. Early issues pay particular attention to the possibility of adding an honor code on campus. The paper grew as the semesters changed, and was eventually regularly published weekly, documenting significant events on and off campus. For example, in December 1966, the school voted to change the mascot, and several of the following issues discussed the possible outcome of that decision. Over the next several months, several bodies on campus narrowed the list of options to three: the Forty-Niners, the Chargers, or the Cougars. Hurdles for this process included a fraudulent voter (detailed in the March 8, 1967 issue) and very strong opinions about the options. The tumult was eventually resolved and the mascot stayed the same When national figures visited campus, they were featured in the paper. Stokely Carmichael visited in December 1968, and The Carolina Journal included a section in its newspaper with various photos from the event. According to the issue, the event hosted hundreds of students, and “Carmichael was greeted by raised clinched fists from the black contingent, moderate applause from the white audience, and several scattered boo’s.” To see more from the University of North Carolina at Charlotte, visit their partner page here or their website for more information.

Front page of the June 25, 1896 issue of The Gastonia Gazette

Issues of The Gastonia Gazette from 1895 to 1904 have recently been transferred from microfilm to be available on DigitalNC for you to peruse. Thanks to this addition, our digital holdings for this title now span from 1893 to 1909.

The paper, “devoted to the protection of home and the interests of the county,” covers news from Gaston County and beyond. It features stories about individuals, administrative developments, local industry, and events of interest throughout the county (but particularly in Gastonia).

These issues are an addition to an already significant amount of materials from Gaston County, including many other newspaper titles from Gastonia. The front page for the Charlotte Post in April 1984, with a huge variety of topics on display

More issues of the Charlotte Post, from January 1980 to December 1987, are now online at DigitalNC, courtesy of Johnson C. Smith University. This new batch of over 420 issues joins an additional 400 issues of the Charlotte Post that stretches from 1971 into 1996. Founded in 1878 as a weekly publication, it is still published today and services the residents of Charlotte as “The Voice of the Black Community.”

Looking through these papers, it is easy to see why the Charlotte Post has become such an enduring institution. In nearly every paper, the Post covers local politics, national news, local events of note and more. For example, on the front page of the April 1984 paper shown above, there are articles on a new City-County Government Center to be constructed, travel records for highway patrol officials, holiday plans for local churches, an interview with the 1984 Delta Sigma Theta sorority debutante, and more. An article in July 1987 highlighting the number of Black candidates running for office that fall.

This new batch gives us a more complete picture of the important issues that the Charlotte Post has covered in the past as an important fixture for Charlotte’s minority community. To learn more about Johnson C. Smith University, visit their partner page or their website.

The front page of the Laurinburg Exchange, dated April 1916. Topics include the local County Commencement, Passion Week and the local churches, and debate teams from local schools competing in Chapel Hill. A reading list for local high school students for the years 1924-1925.

Looking through these newspapers, many of the articles are about local issues concerning the citizens and residents of Scotland County. Municipal issues, like elections and political developments, were written about especially often. Some news from throughout the state was also posted in the Exchange. However, its coverage was mostly focused on local issues – at any moment, the paper might have been notifying residents of changes in their courts or new stocked items in local businesses, or for example, warning residents about a local fever outbreak. In the photo on the right, the Exchange published a list of required books and associated course prices for local high schoolers.

Adding The Laurinburg Exchange to our collection represents a new wealth of knowledge about the lives of ordinary North Carolinians at the turn of the 20th century.

An issue of the Bessemer City Messenger has been newly digitized and added to DigitalNC. The issue is date May 25, 1895, making the Messenger one of the oldest newspapers we have on file. Unfortunately, not much else is known about this newspaper, including when it began or when it ended. This 1895 issue is only the second instance of the Messenger being preserved to this day. The only other copy of any issue known to exist is an 1892 edition held in the State Library of North Carolina in Raleigh, N.C.

Published out of Bessemer City, the Messenger served the residents of Gaston County during its circulation. Its articles take a distinctly Populist stance, celebrating Populist Party victories throughout the country in the early 1890s, while also arguing for greater distribution of wealth among workers and increased living conditions for children and women. A number of articles are also dedicated to trade protection, wheat production, manufacturing, and tariffs. For example, the article on the right is dedicated to the rapid expansion of cotton production mills in the South, with North Carolina being a particular spot for growth. While there were some notices of local events and local news among Gaston County and nearby towns in Cleveland County, the majority of this paper’s articles were dedicated to national or international events, creating an interesting dynamic when compared to other North Carolina papers of the time on our site.

Having the Bessemer City Messenger added to our collection is an invaluable resource when it comes to learning about the lives of North Carolinians in the late 1800s.