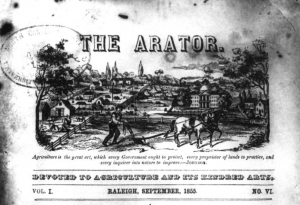 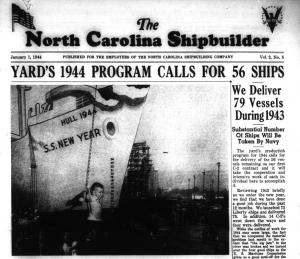 This week we have almost 30 newspaper titles added to DigitalNC. These titles include a Raleigh paper about agriculture and it’s “kindred arts,” an employee paper for North Carolina shipbuilders during World War II, and plenty of others from Wilmington, Raleigh, and New Bern!

Over the next year, we’ll be adding millions of newspaper images to DigitalNC. These images were originally digitized a number of years ago in a partnership with Newspapers.com. That project focused on scanning microfilmed papers published before 1923 held by the North Carolina Collection in Wilson Special Collections Library. While you can currently search all of those pre-1923 issues on

Newspapers.com, over the next year we will also make them available in our newspaper database as well. This will allow you to search that content alongside the 2 million pages already on our site – all completely open access and free to use.

This week’s additions are the following: