This week we have another 40 newspaper titles and thousands of issues up on DigitalNC, including over 1,000 issues from The Messenger and Intelligencer from Wadesboro, the birthplace of Piedmont blues musician Blind Boy Fuller (read a brief biography about Fuller here). In this post we have some interesting new information regarding the blues legend’s birth! 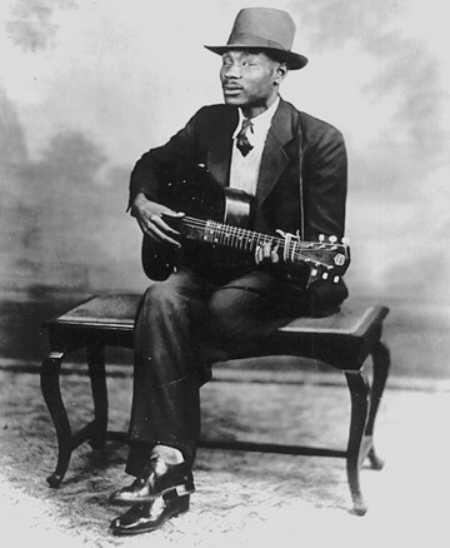 Blind Boy Fuller was born Fulton Allen to parents Calvin Allen and Mary Jane Walker in Wadesboro, North Carolina, but the actual date of his birth is very much up for debate. The date of July 10 seems to be generally agreed upon, but the actual year tends to differ. While there are some sources that put it at 1904, folklorist Bruce Bastin puts Allen’s date of birth at July 10, 1907 based on statements from the North Carolina State Commission for the Blind, the Social Security Board, and the Durham County Welfare records. However, his 1941 death certificate states that he was 32 years old when he died, putting the year of his birth at 1908. 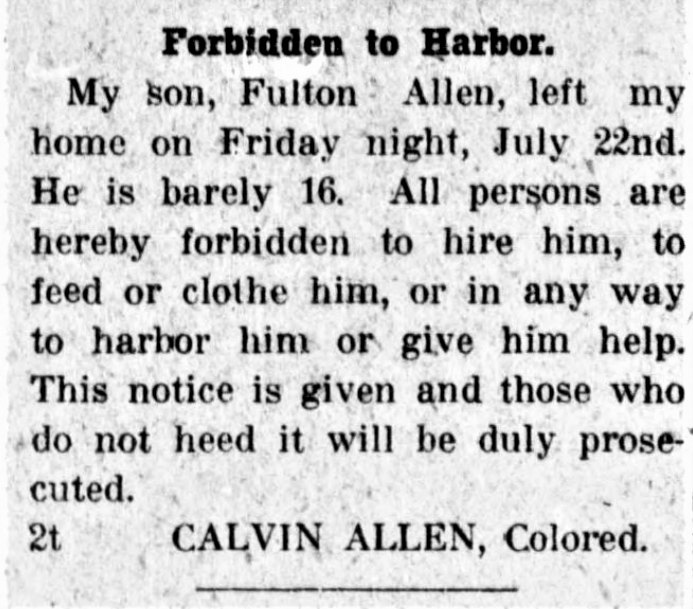 What we found makes things a little interesting. After the family relocated to Rockingham sometime in the early 1900s, his father posted a notice in the July 28, 1921 issue of the Rockingham Post-Dispatch that would suggest that none of these are accurate. The notice supports the idea of a July birthday but implies that, being 16 years old, he would have actually been born in 1905.