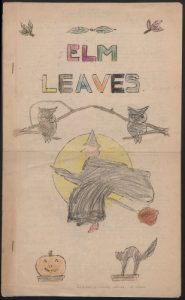 The Young American, published in High Point, also offers stories, poems, and book reviews, but is geared towards a slightly older audience. The purpose of The Young American, as stated in its first issue, is “to entertain, direct, and express the young American,” and the magazine is dedicated, “primarily to the young man and young lady of sixteen and nineteen years.” The publishers further state that at the time of publication, a variety of magazines for younger teens and adults existed, but they found a lack of available magazines aimed at teens aged 16 to 19, and believed The Young American could fill this gap.

To look through issues of these publications, click the links below:

To see other materials from the High Point Museum, visit their partner page or website.

← We Run on IMLS: Who and What Supports NCDHC