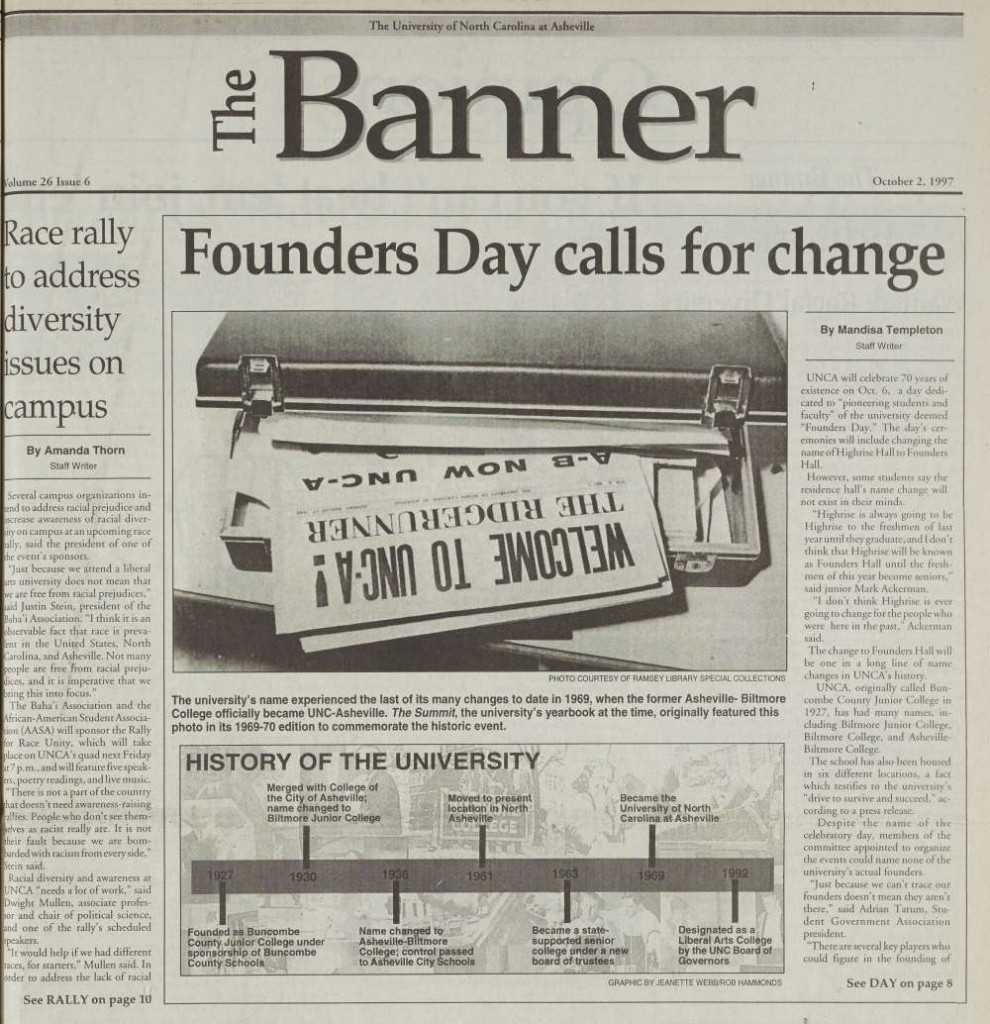 Bulldog fans can now search UNC-Asheville’s student newspapers through the 1990s and up to 2003, thanks to the school’s Ramsey Library. Joining papers dating back to 1935, these recently added issues are all entitled The Blue Banner or The Banner. They document the popular rise of the Internet, and include the events of September 11, 2001.

The October 2, 1997 issue pictured to the right documents the school’s first Founders Day, which is still celebrated each September.

You can view student newspapers as well as yearbooks from the University of North Carolina at Asheville on DigitalNC.