Thanks to funding from the State Library of North Carolina’s LSTA Grant and our partner, Johnston County Heritage Center, over five hundred issues from 1911 to 1925 of The Smithfield Herald are now available on our website. These issues expand DigitalNC’s previously digitized issues from 1901 all the way to 1925. 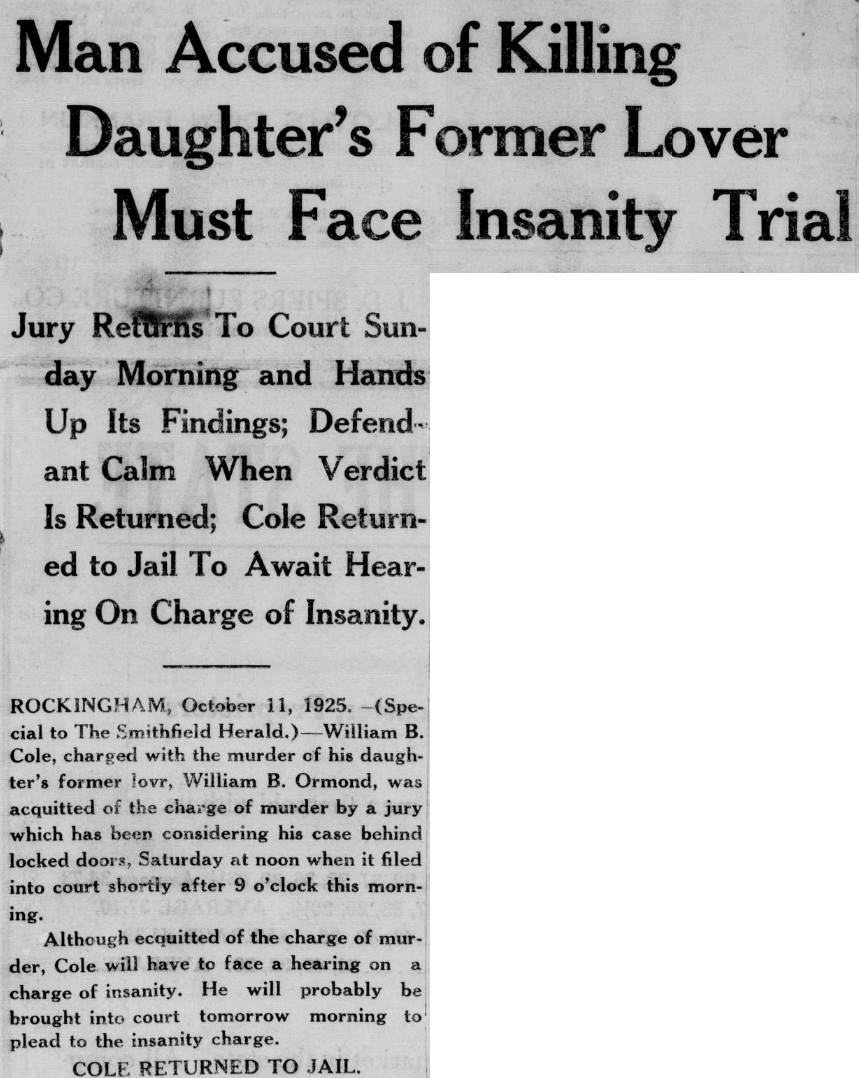 A special Sunday edition of the paper was printed when William B. Cole, a rich mill owner in Rockingham, North Carolina, was acquitted of the charge of murder. According to the paper, Cole was on trial for the murder of his daughter’s lover and former serviceman—William B. Ormond. The paper is unclear about what motive Cole had to murder Ormond.

After several hours of deliberation and pressuring one of their fellow jurors, the jury concluded that the mill owner was not guilty of the murder of Ormond. The writer’s mention of the defendant as a wealthy man in the article points to the suspicion that he may have been acquitted thanks to his money.

Although found not guilty, the judge would not release the defendant until he proved that he was sane. A day after the verdict was read, Cole attended a hearing in Wilkesboro to determine whether or not he should be sent to the State Hospital for the Insane in Raleigh. It is not mentioned in the two articles about this story if Cole was released or sent to the hospital.

To read more about the William B. Cole case,  click here and here.

To learn more about the Johnston County Heritage Center, please visit their website.