In addition to this selection of yearbooks is a 1926 senior yearbook and scrapbook from Goldsboro High School called Just Seniors. The yearbook features portraits of the 66 seniors as well as mementos, newspaper clippings, postcards, pressed flowers, personal messages, and programs collected by the copy’s owner Louise Johnston Spoon. 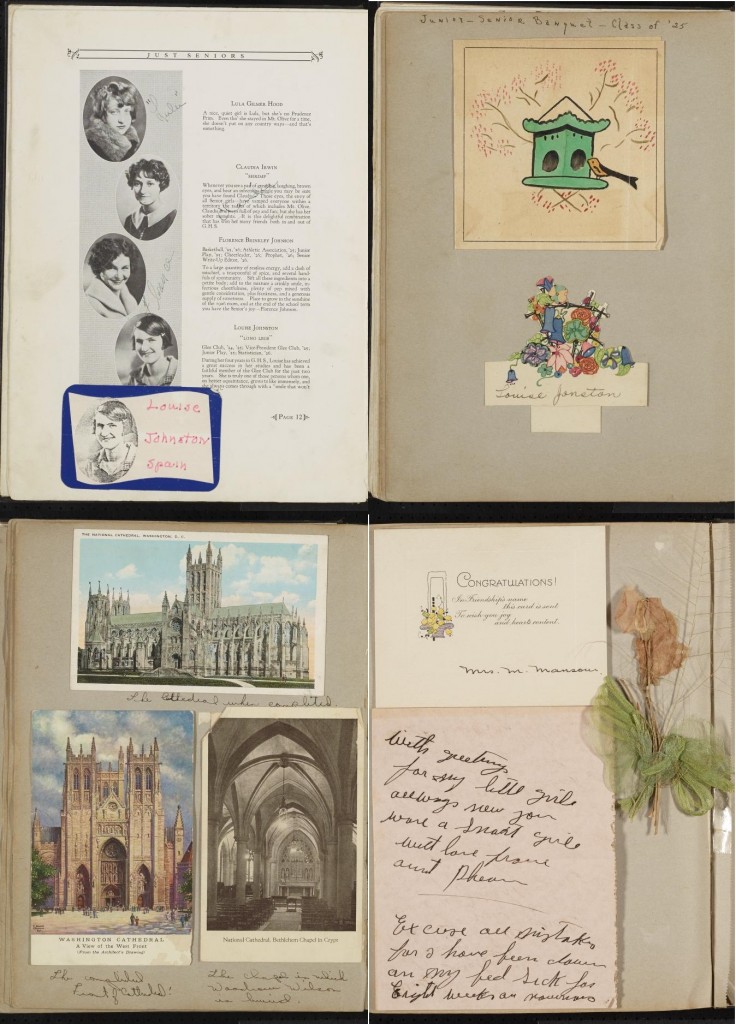