This week we’ve added another 60 titles to DigitalNC. Included in this batch is the possible origin of a classic North Carolina ghost story!

The Maco Light story tells of a train conductor name Joe Baldwin who was decapitated in a tragic railway accident near the small community of Maco, North Carolina. Legend has it that the ghost of Mr. Baldwin could be seen walking the tracks at night, carrying a lantern and searching for his misplaced head, but once the railroad was removed in the 1970s he was never seen again. 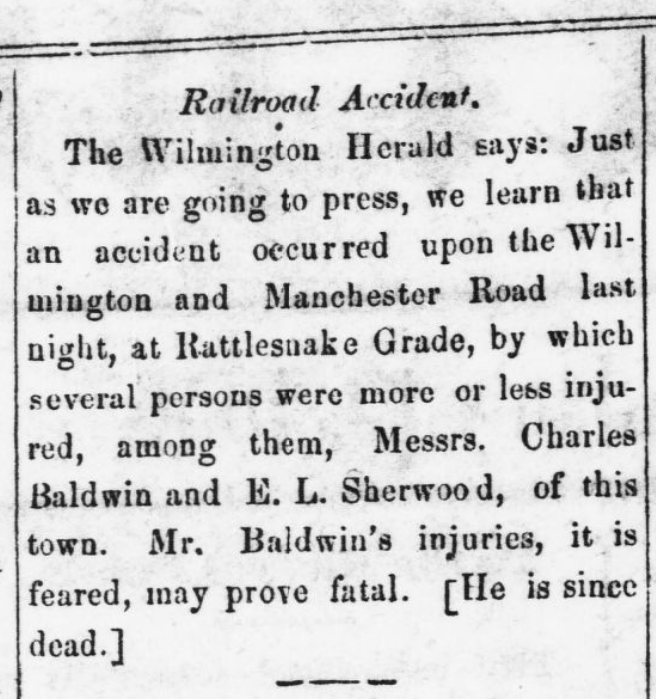 As is the case with most folk tales, the story is passed down and embellished over the years and the origin becomes a little fuzzy. There is no record of a “Joe” Baldwin being involved in a wreck, but the January 12th, 1856 issue of The Southerner has an article detailing a train accident that took place just outside of Wilmington a week earlier. The deceased in this incident is Charles Baldwin, who suffered a fatal head injury during the crash. Given the similarities in these stories, it seems our ghost might have actually stayed in one piece.