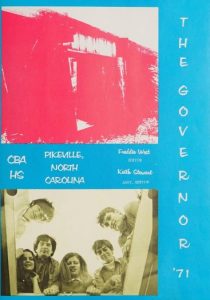 Thanks to our partners at Wayne County Public Library, we have added 4 1971 yearbooks from 4 different high schools in Wayne County to DigitalNC. These yearbooks are:

Of note, the Goldsboro High School yearbook has several pages commenting on the second year of racial integration. While the yearbook states “…pupils, mingling with greater ease, were known more by name than color” it also noted that “the segregated stands at a basketball game show lingering misconceptions among GHS students” (images 11 and 20). 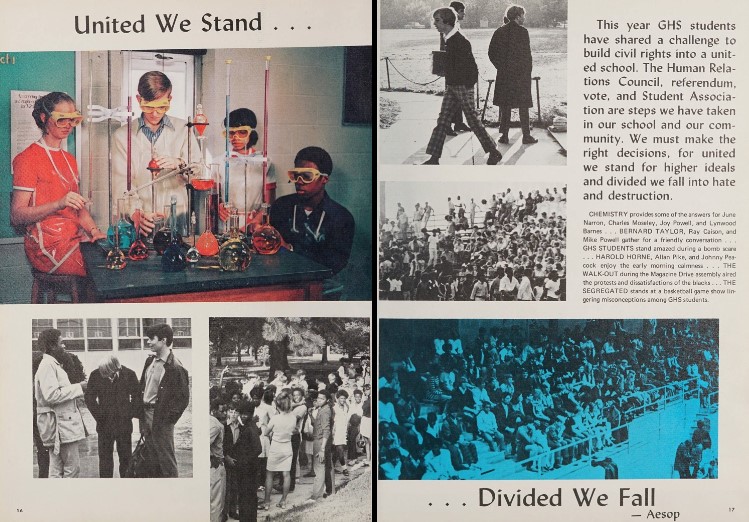 Additionally, several students from Goldsboro High School flew out to Hollywood, California to surprise Andy Griffith, a former GHS teacher, during a taping of This Is Your Life.

DigitalNC is now home to 16 Rowan Memorial Hospital School of Nursing yearbooks thanks to our partners at Rowan Public Library. These yearbooks cover the years 1950-1971.

Rowan Memorial Hospital, where the student nurses studied and worked, is located in Salisbury, NC, right in the middle of the state. The School of Nursing opened up in 1903 and the first class graduated in 1907 (The White Cap [1950], image 14). These yearbooks, appropriately titled The White Cap, reflect on the year’s activities, from clubs to nursing courses. 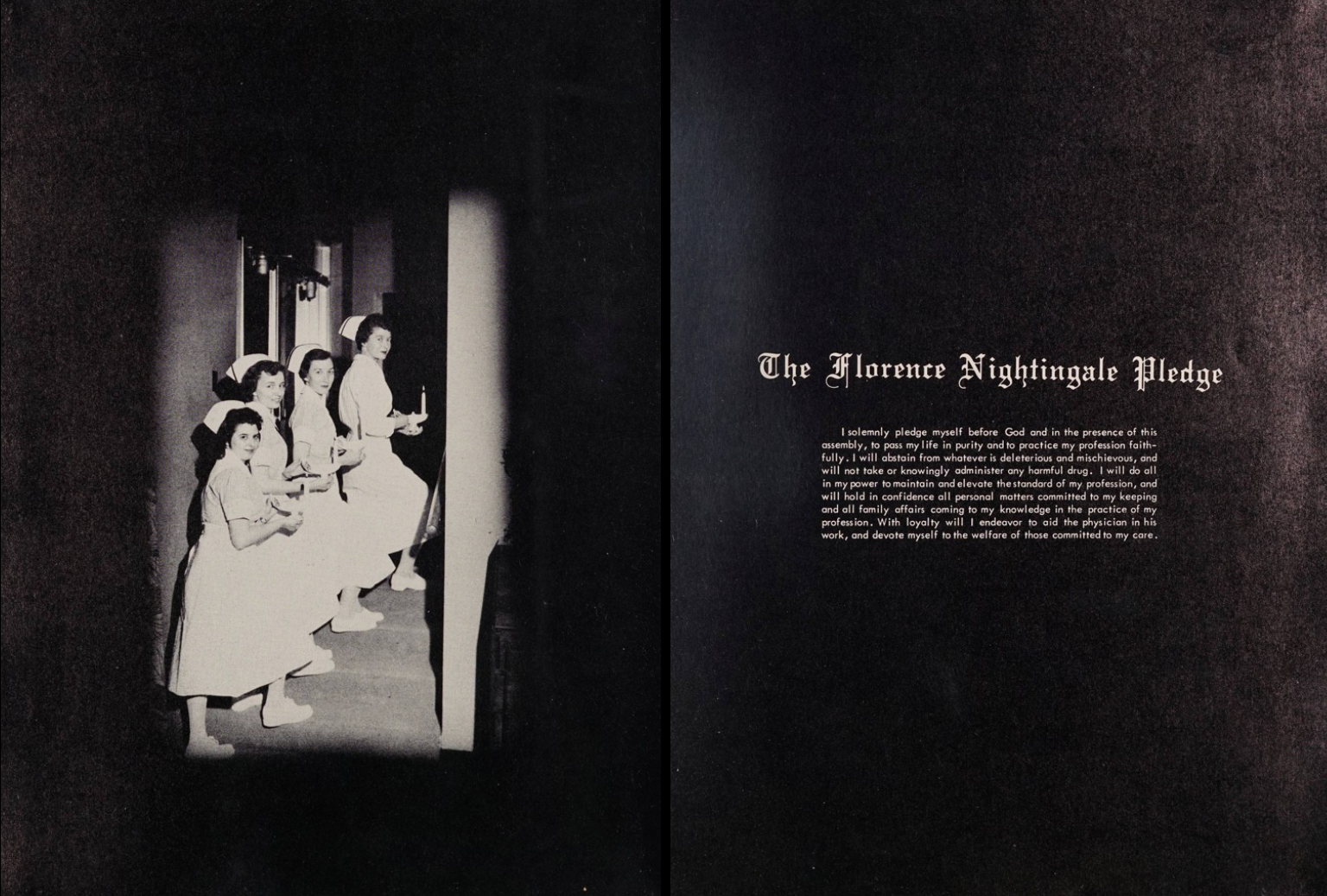 To take a look at all 16 yearbooks, click here. To learn more about the Rowan Public Library, click here to be taken to their home page.

DigitalNC is happy to announce that 9 new records books from the town of Clayton, N.C. have been digitized. We would like to thank our partners at Hocutt-Ellington Memorial Library (Clayton, N.C.) for making this possible.

The 9 materials are as follows: 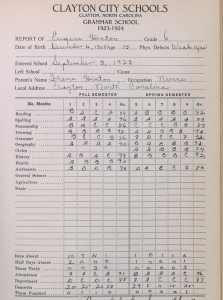 Several of these materials list the names of registered voters in Clayton. The registration books also list information such as race (but with only two columns, white or colored), age, residence, place of birth, and changes in registration (such as deceased).

One other material of note is the Clayton City Schools Pupils Record book, which lists close to 600 students who attended, for however short or long a time, Clayton City Schools for the 1923-1924 school year. This book covers students from primary to high school, noting their name, year, date of birth, age, physical defects, the day they entered school, left school, the reason why they left school, parent, parent’s occupation, local address, and, of course, their grades for the year and if they moved on to the next grade level.

To view all these records in a list, click here. To learn more about Hocutt-Ellington Memorial Library (Clayton, N.C.), you can visit their homepage, here. 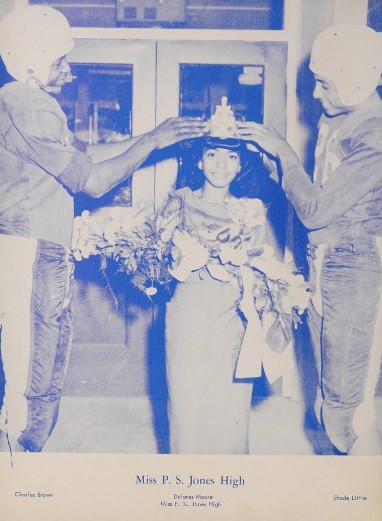 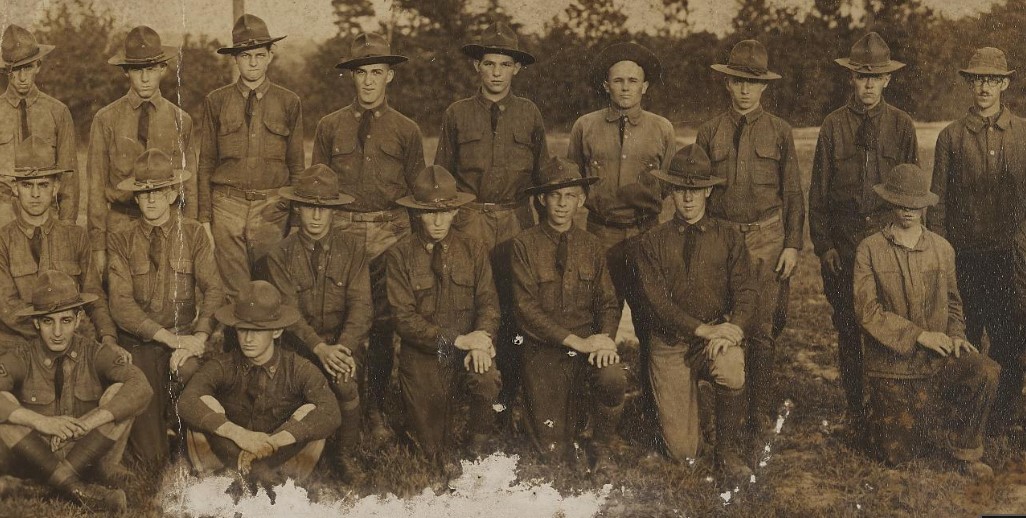 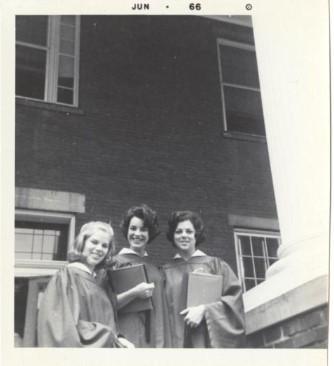 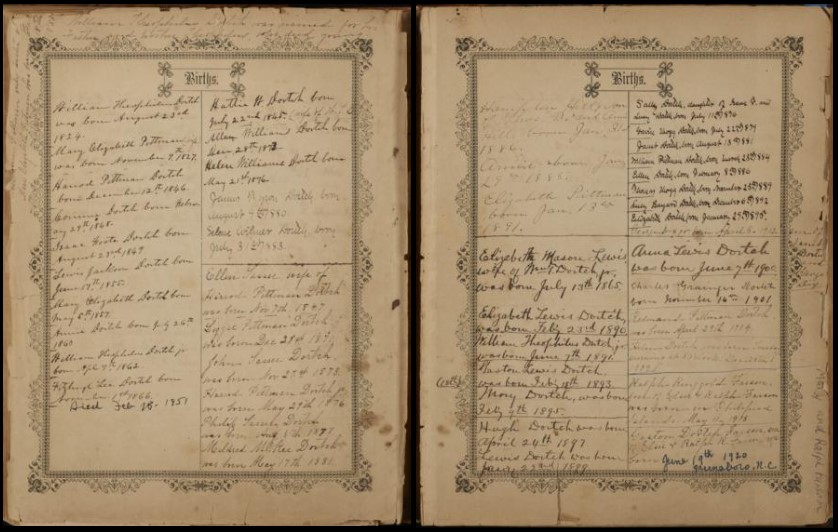 DigitalNC is happy to announce several batches of materials from High Point, NC are now available to view online. These materials include 6 yearbooks, 4 individual newspaper issues, and 19 miscellaneous items. These batches were made available thanks to our two partners; the yearbooks are from the Heritage Research Center at High Point Public Library while the newspapers and miscellaneous items are from the High Point Museum. 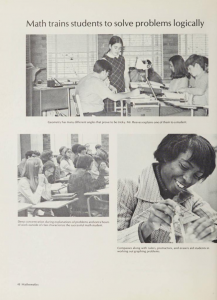 The 6 yearbooks, the Pemican, all come from High Point Central High School, spanning the years 1966-1971.

The batch of miscellaneous items contains interesting memorabilia, such as a 1941 alumni record from Baptist Orphanage of North Carolina, an early 1900s reed organ instruction book, a booklet on the history of the Springfield Monthly Meeting of Friends, a Quaker group, and a pamphlet titled But Everybody’s Doing It!: High Point’s Joint Code of Social Behavior for Parents and Young People. Notably, there are many early to mid 1900s furniture catalogs from Burton, Dalton, The Continental Furniture Company, and High Point Furniture Company. From the late 1880s, High Point has been known for its furniture industry. After World War II, about 60% of all furniture made in the United States was produced within a 150-mile radius of High Point (High Point Museum, paragraph 2).

A 1965 yearbook from West Mecklenburg High School has just been added to our digital yearbook collection on DigitalNC. We would like to thank our partners at the Charlotte Mecklenburg Library for making this possible. 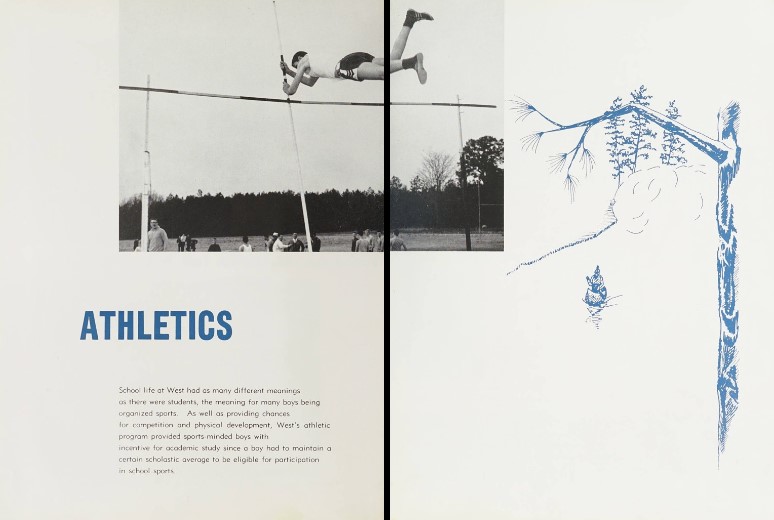 To view all yearbooks from West Mecklenburg High School, click here. To learn more about the Charlotte Mecklenburg Library, visit their homepage here.

Twelve new issues of The Shoreline from 2020 are now available online thanks to our partner, the History Committee of the Town of Pine Knoll Shores. This batch caps off DigitalNC’s The Shoreline collection; between 1973 and 2020, we’re only missing issues from 2003. 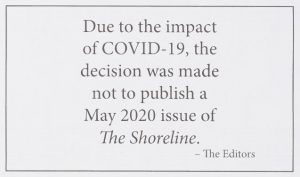 The only page of the May 2020 issue of The Shoreline.

As the COVID-19 pandemic struck the globe in the early part of 2020, The Shoreline reported on the effects the “shut down” had on the Pine Knoll Shores community. Several events were cancelled in the first half of the year, such as the Kayak for the Warriors Gala. Additionally, due to the pandemic, The Shoreline did not put out an issue in May.

To view the entire collection of The Shoreline, click here. You can also find more digitized content from Pine Knoll Shores by visiting the History Committee’s contributor page. To learn more about Pine Knoll Shores, visit the town website here. 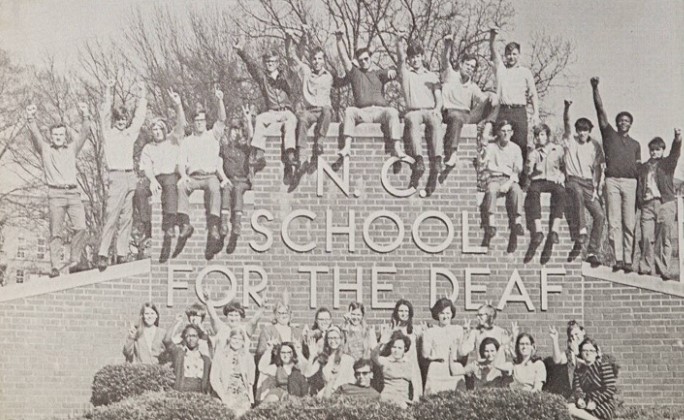 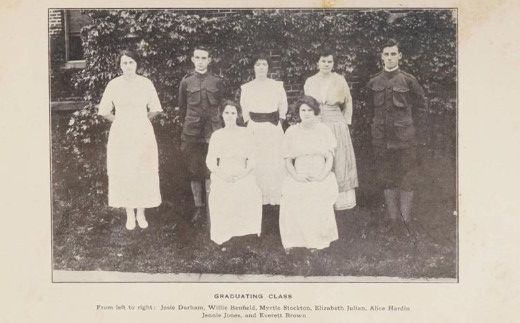 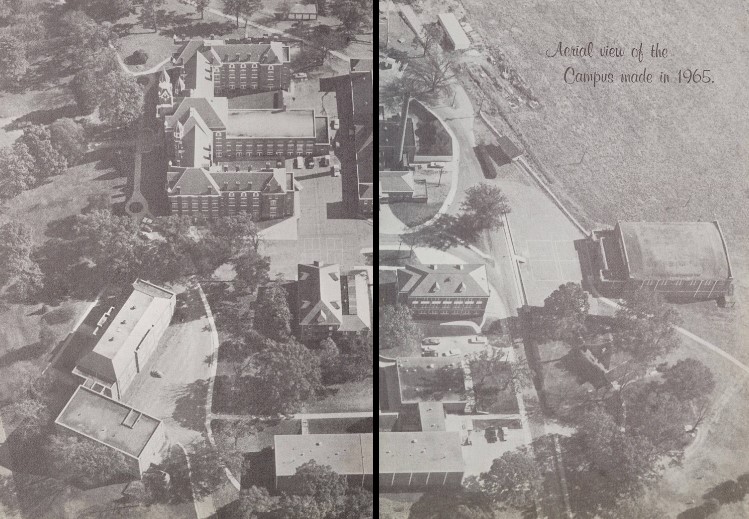