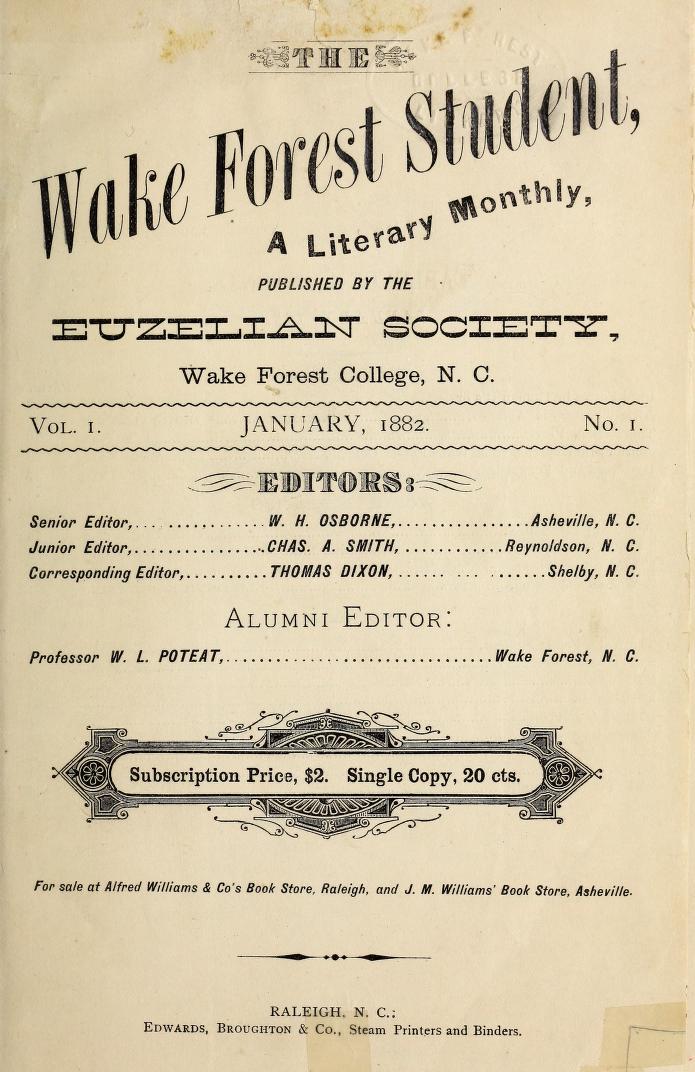 Beginning in 1882, the Euzelian Society at Wake Forest University published a literary magazine, The Wake Forest Student, addressing timely topics on campus and beyond. We’ve just added issues dating from 1882-1891 to DigitalNC.

The stated purpose of the Student was “to advance the educational interests of the State, to encourage and develop the taste for literary effort in the students and alumni of the College, and to be a means of instruction and pleasure to all who may read it.” (1882, p. 32)  Issues begin with several essays by local authors. Following those are reprints of well-known stories and poems. The “Editorial” section contains traditional editorials along with news items from the College and North Carolina. Alumni were asked to write in, giving a brief account of their activities to be included in each installment.

As a side note, the first issues were edited in part by Thomas Dixon, “who later gained infamy for his novel that decried Reconstruction and equality for African-Americans and formed the basis for the film “The Birth of a Nation.” (magazine.wfu.edu/remember/) The very first issue includes an essay on slavery in America.

You can also view yearbooks, catalogs, and commencement programs from Wake Forest University on DigitalNC. For now, we’ll leave you with this early sentiment of school pride – and lament – from one of the editors.

← Images, a Rare Newspaper, and More now Online from the Round House Museum in Wilson, NC