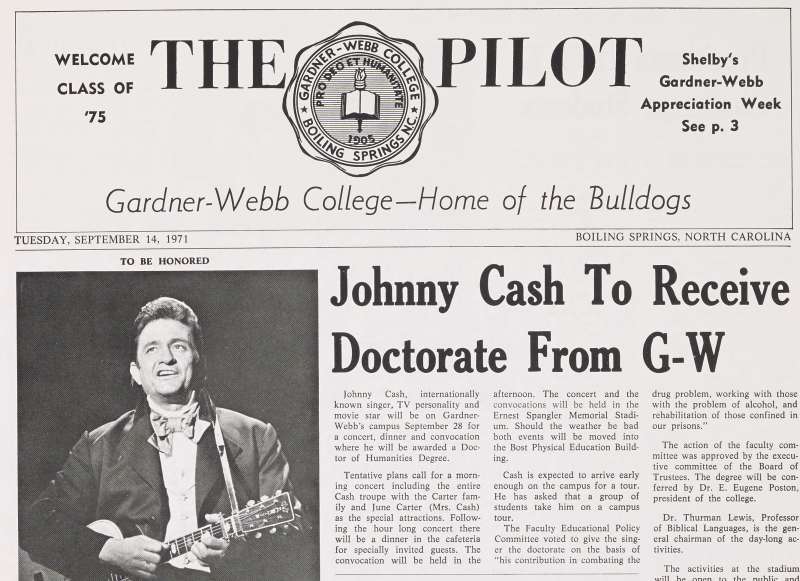 Issues of Gardner-Webb University’s student newspaper dating from 1942-2011 are now online at DigitalNC.

The paper, published continuously throughout that time as The Pilot, covers everything from famous speakers to the development of the campus. There is also, of course, plenty of commentary by students about exams, politics, and student life in general.

While working on this paper, we learned that Gardner-Webb University (then Gardner-Webb College) awarded an honorary doctorate to Johnny Cash in September 1971. The October 1971 issue of The Pilot describes “Johnny Cash Day,” which included an hour-long concert and an award ceremony at the stadium. Cash as well as his wife and 18-month old son were present for the festivities. We found a number of images of the occasion in the Hugh Morton Collection of Photographs and Films (North Carolina Collection Photographic Archives, Wilson Library, University of North Carolina at Chapel Hill).

We’re pleased to have worked with Gardner-Webb to include these newspapers on DigitalNC, where you can view the entire run of The Pilot as well as the school’s yearbooks and catalogs.