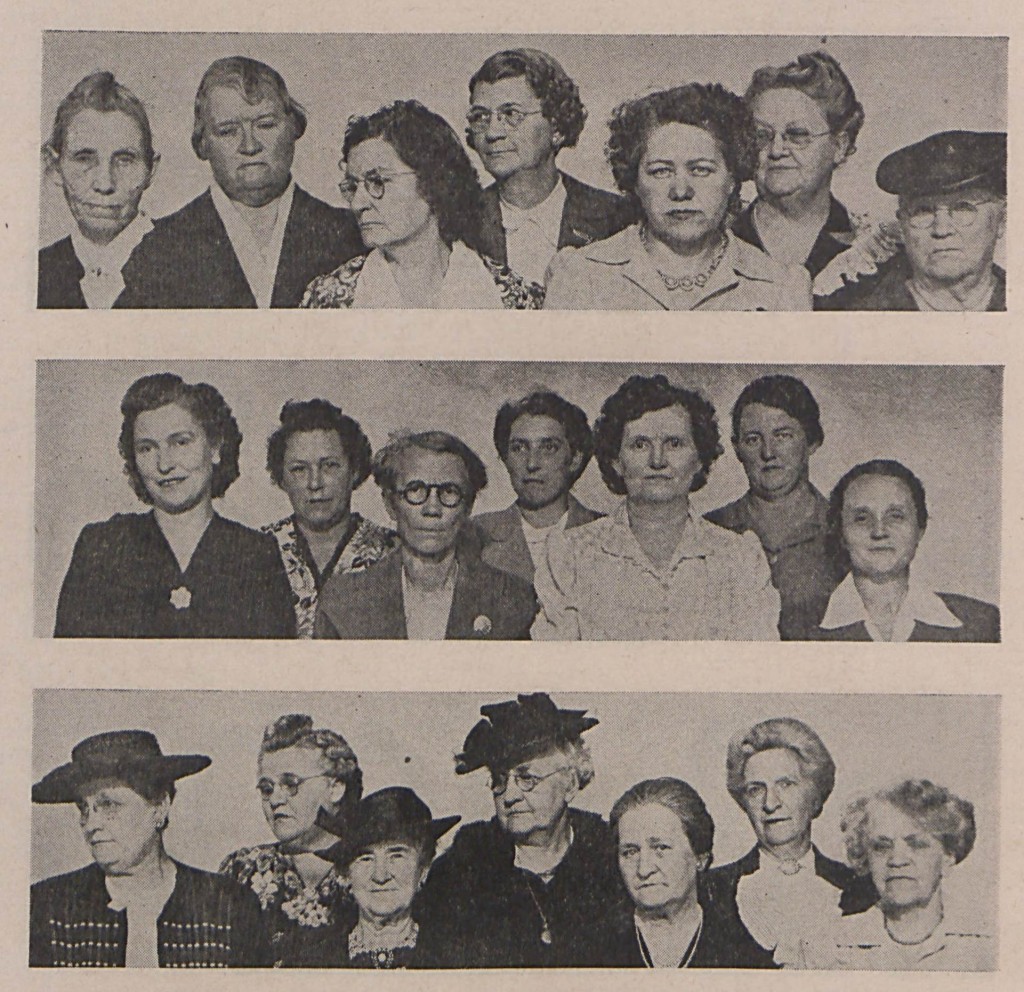 Mothers of Servicemen portraits, May 1945.

The newspapers are full of jokes, clever rhymes, and drawings of pin-up girls. Not only did the paper provide entertainment for the soldiers overseas, but it also served as a register for births, marriages, and deaths.

There was even a dedicated Mothers of Service Men issue in May 1945 which featured portraits of over a hundred local mothers dressed in their Sunday best (pictured above). These portraits were taken by M.S. Brown, a Tarboro resident and photographer who owned the Coca-Cola factory. Brown almost always contributed at least one photograph per issue, usually a full page toward the back of the newspaper with a portrait of a community resident and caption. For more photos taken by “Coca-Cola Brown”, view the M.S. Brown Digital Exhibit. 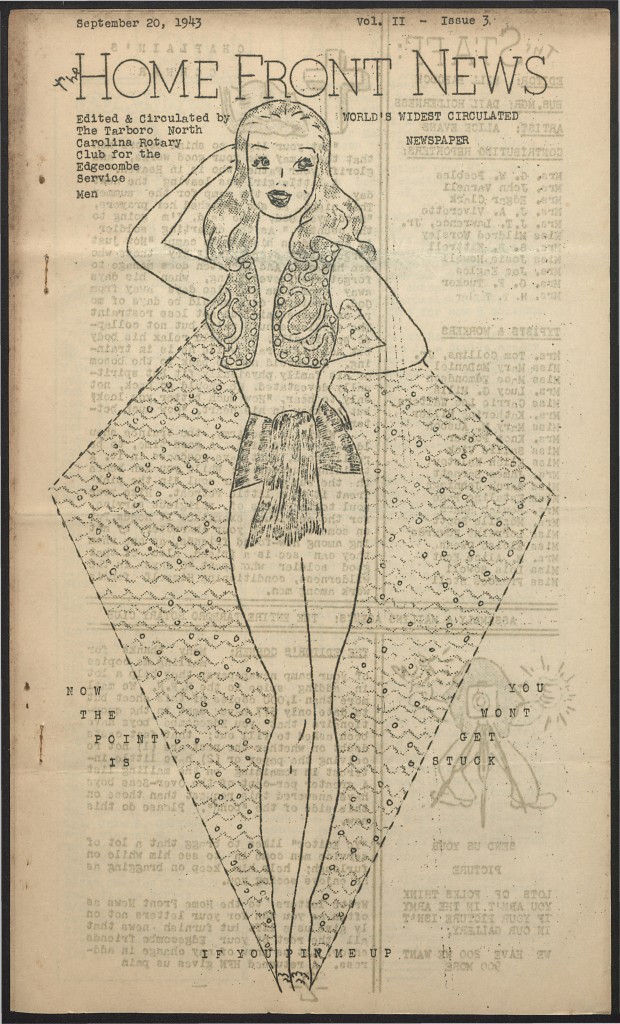 ← Ledgers and Other Items now Online from Montgomery and Stanly Counties