Thanks to funding from an IDEA grant from UNC Libraries, the North Carolina Digital Heritage Center is pleased to now have the full run of 1951 issues of the Carolina Times digitized.  The issues from 1951 were never microfilmed, so they were not included in previous projects to digitize the newspaper which were done from film. 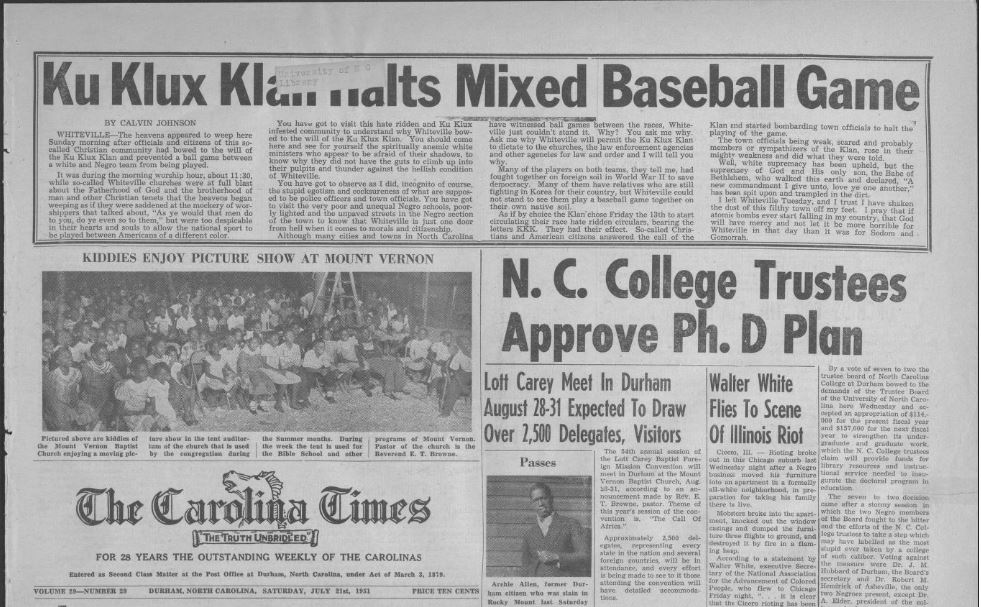 The Carolina Times, edited by Louis Austin from 1927 to 1971, was a paper of national significance. Targeted primarily to the African American community in Durham, the Times covered the long struggle for equal rights for all Americans. The newspaper’s motto was “The Truth Unbridled,” an accurate description of Austin’s honest and forthright depiction of racial injustice in North Carolina and beyond.  It ceased publication in 2020, after just over a century of being the voice of the African American community in Durham and the wider state and South. 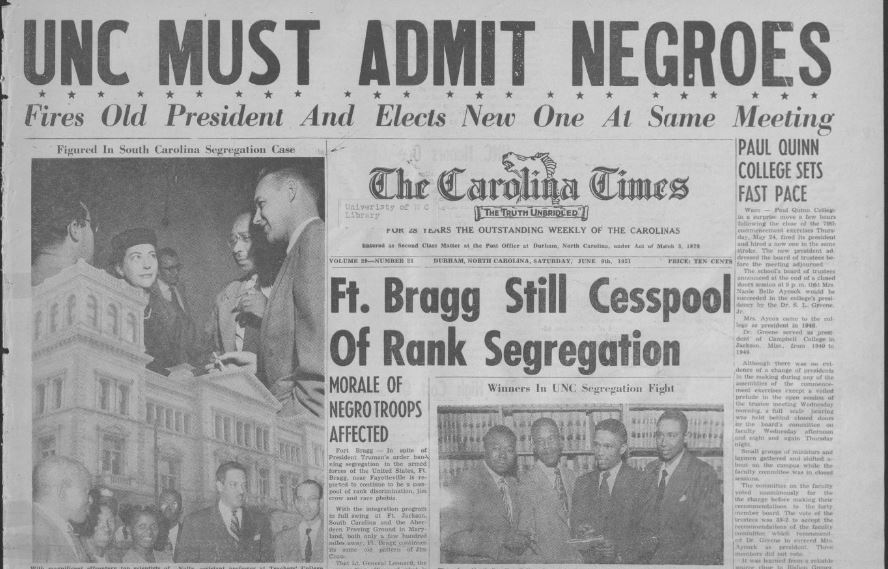 1951 was an pivotal year in many ways for the Civil Rights movement.  It was in June 1951 that UNC finally allowed Black students admission to the school, with admission of Harvey Beech, J. Kenneth Lee, and Floyd McKissick into the law school.  Headlines from the paper throughout the year speak to other efforts to integrate other institutions of higher education, the fight for better funding for Black educational institutions, and early efforts at integration of primary education institutions.  Other topics, including the presence of the Ku Klux Klan across North Carolina and the violence of white supremacy, Jim Crow’s impact on all aspects of Black life, and the work of so many Black North Carolinians to fight the system are all covered throughout the year.  Regular columns on education, religion, and other topics are also included in the paper, as well as Society pages, and regular news about the children of Durham that shows the moments of Black joy to be found in the community as well.