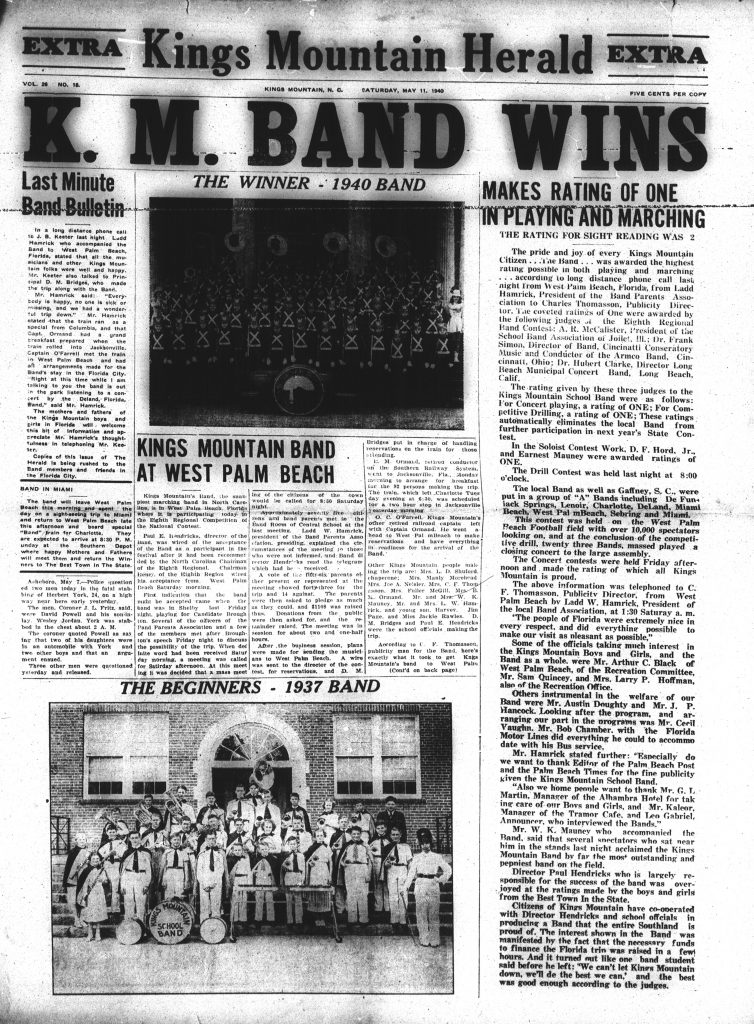 May 11, 1940 issue of The Kings Mountain Herald Newspaper.

During our last call for newspaper digitization, the Kings Mountain Herald was nominated by Mauney Memorial Library. Issues of the paper from December 1937-December 1954 have now been added to DigitalNC.

The Herald, with the byline “Kings Mountain’s RELIABLE Newspaper,” is a mixture of brief national news, local news and events, and local editorials. For the relatively small Kings Mountain (the paper’s masthead in December 1954 lists a population of 7,206) the local school band’s success in competition is first page news (see right). Newspapers that focus on items of local news are often the most useful for genealogical research, and getting a sense of what was important to a community 50-100 years ago.

You can other items shared by Mauney Memorial Library on their contributor page, and many more items from Kings Mountain on DigitalNC.

New Photos from the Benson Museum of Local History