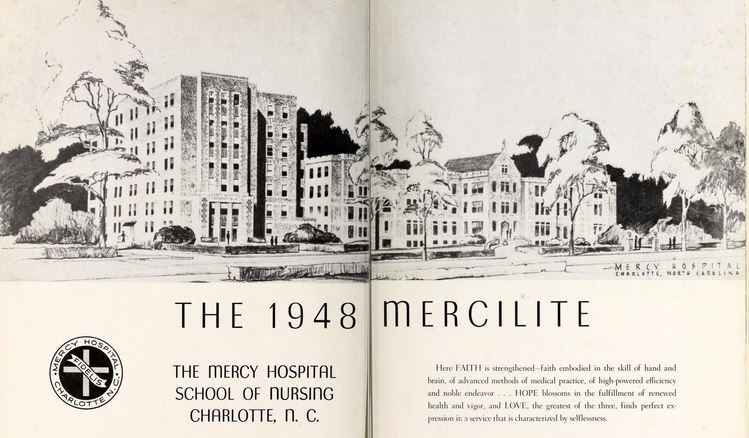 Yearbooks from the Mercy School of Nursing in Charlotte, N.C. are now available online in the North Carolina Yearbooks collection.

Mercy Hospital was founded in 1906 by the Sisters of Mercy and was the first Catholic hospital in North Carolina. Education was part of the core mission of the hospital from the beginning, with a nursing school established at the same time as the hospital. The North Carolina Digital Heritage Center worked with the Mercy School of Nursing to digitize and share online 45 yearbooks covering a half century of nursing education, from 1948-1998.

The Mercy School of Nursing yearbooks join those from other medical and nursing schools already available online, including recent additions from Rex Hospital in Raleigh and Cabarrus College in Concord, making DigitalNC a terrific resource for the study of history of nursing education through the 20th century.