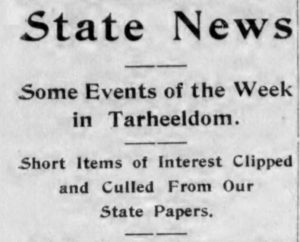 These early issues of The Smithfield Herald focused on local news from Smithfield and surrounding towns in Johnston County, as well as state and national news. The paper covered topics such as politics, the economy, municipal issues, and local events.

Not only did The Smithfield Herald include local and and national news stories, it also published popular novels in weekly installations. For example, the novel Beverly of Graustark by George Barr McCutcheon was carried for several months starting on June 29, 1906. Beverly of Graustark belonged McCutcheon’s series of romantic adventures set in the fictional Eastern European country of Graustark, and was made into a film in 1926 that featured an early technicolor sequence. 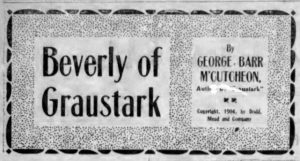 To see more materials from our partner, Johnston County Heritage Center, take a look at their DigitalNC partner page, or visit their website.

More than a Decade of Watauga Democrat Newspapers Now Up