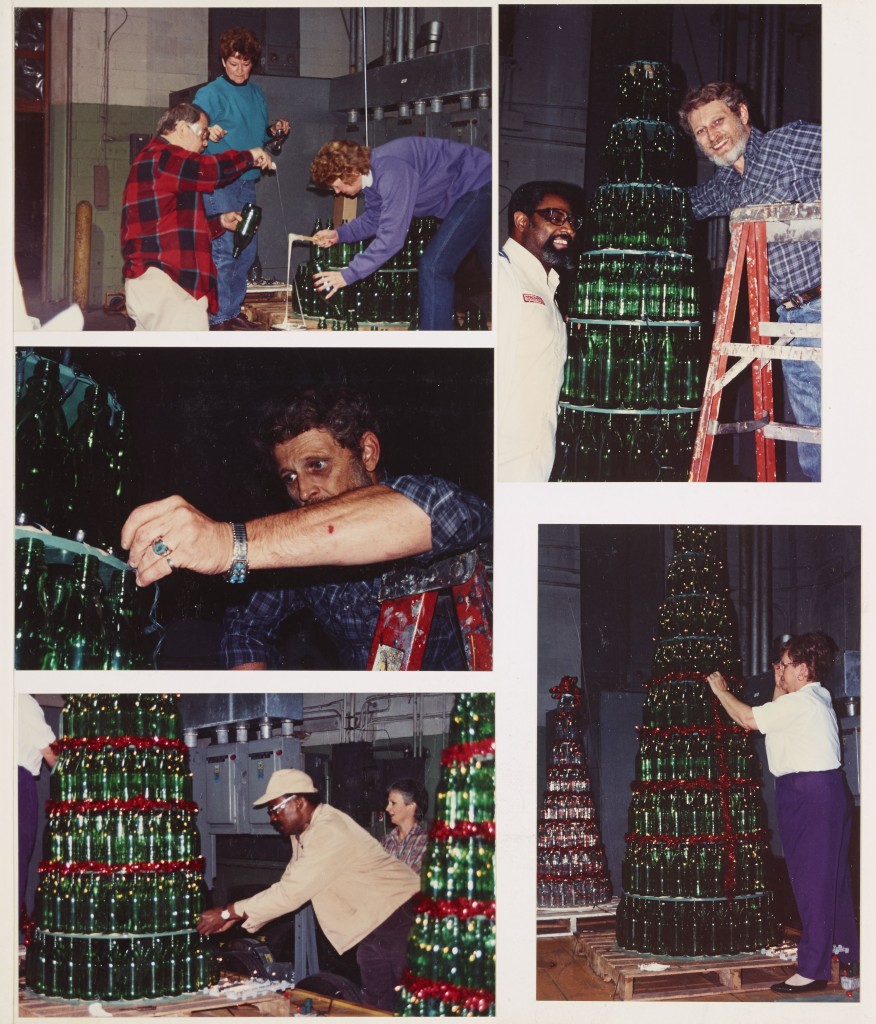 Ball glass jars have long held popularity in North Carolina. You might have seen them in your grandmother’s kitchen, full of canned goods from the garden. Or maybe you have seen them at a friend’s wedding, served as creative drinking glasses, an idea found on a Pintrest craft board. But have you ever thought about where those glass jars came from? What about where they are going when you are finished with them?

Ball Brothers Glass Company began in 1880 in Buffalo, New York. They later merged with their competitor, Foster-Forbes Glass Company. In 1969, it became Ball Corporation, as it is now called. These changes had no effect on the iconic script labeling each jar. Most recently, the company was acquired by Ardagh Group (of Luxembourg) in 2014. The plant located in Henderson, N.C. is also under this new banner. Several of these merges and name changes are documented in the scrapbooks, a record of the changes on individuals working within the company.

Ball glass jars and other glass containers are recyclable, making them a sustainable choice in comparison to plastic bags or containers. The scrapbooks document the activities of the Ball-Foster Glass Container Company- Glass Awareness Committee (GAC) in their mission to “encourage all plant employees to promote [the] product and its ability to be 100% recycled, in Henderson and the surrounding area.” They are full of the correspondences, documents, and photos of the group’s activism in the community, encouraging citizens of all ages to recycle. They were quite active with booths at the N.C. State Fair, local fundraisers, and festivals.