A new batch of materials from our partner, The Grand Lodge of Ancient, Free and Accepted Masons of North Carolina are now up on DigitalNC. This set includes minute books, scrapbooks, historical manuscripts, letters and charters, some dating back to the 18th century. Several physical artifacts have been digitized, including a commemorative apron and a souvenir pin from the turn of the 20th century. 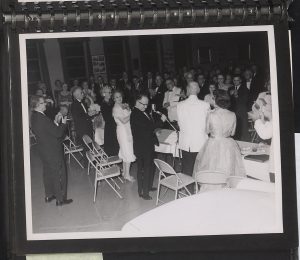 A celebration for the installation of James Brewer as Grand Master in 1961.

The minute books are from all around the state, including Chapel Hill, Charlotte, Statesville and Boone. Also included is a letter from Edward K. Graham, President of UNC, to Grand Master Andrews inviting him to the 1916 University Day ceremony. There are also several scrapbooks included, with photographs including receptions and various programs, including the 275th Anniversary of the United Grand Lodge of England in West London in June 1992. 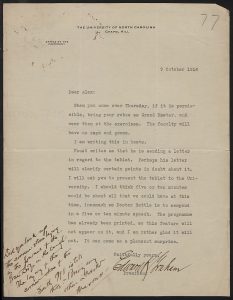 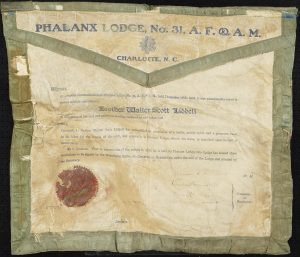 To see more materials from The Grand Lodge of Ancient, Free and Accepted Masons of North Carolina, visit their partner page or take a look at their website or our previous blog posts.