We have added materials that capture some of Winston Salem’s rich African-American history from 1930 to 1990, courtesy of the Winston Salem African American Archive.

Included in this batch are several editions of The Columbian, the student newspaper for Columbian Heights High School, and articles from other local papers highlighting notable community members and events.

One such community member, Joseph Bradshaw was a veteran, social worker, educator and local historian, committed to preserving Black history in the city and beyond. Other articles detail firsts in Winston Salem’s African-American community: William Samel Scales opened the first Black-owned bonding agency and later served as the president of Forsyth Savings and Trust. Naomi McLean opened the first Black business and stenographer school in Winston Salem. Carl Matthews began the Winston-Salem sit-in on February 8, 1960. Other articles detail the 1947 Local 22 Tobacco Workers strike at the R.J. Reynolds Factory. 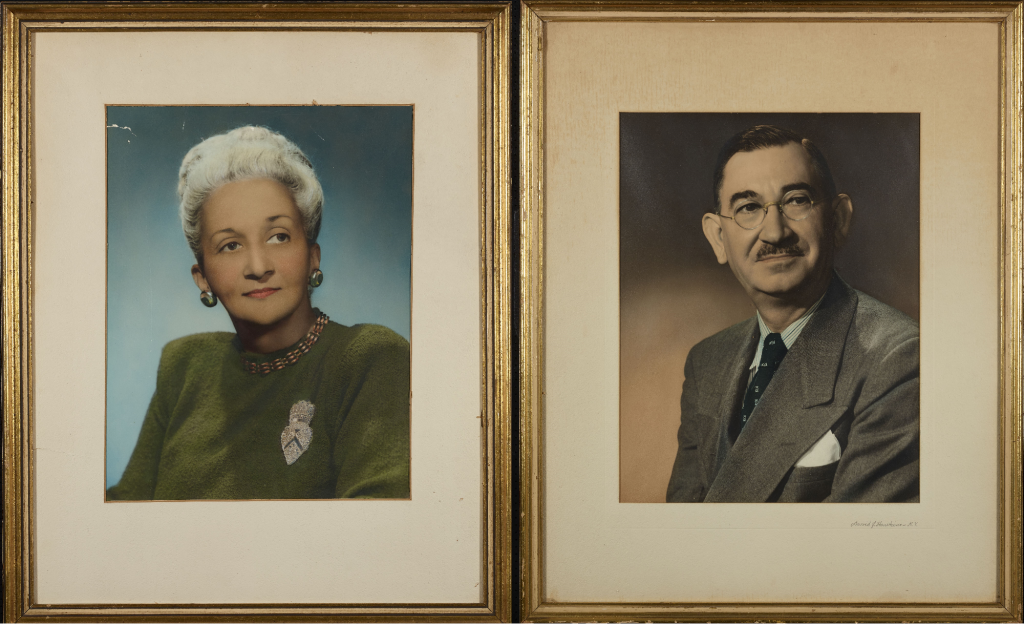 Also included in these materials are color portraits of Dr. and Mrs. Rufus S. Hairston and a scrapbook of materials collected by Mrs. Hairston. The Hairstons were both alumni of Slater Industrial Academy, now known as Winston Salem State University, and active members of their community. Dr. Hairston was Winston Salem’s first African-American pharmacist, an alumnus of Shaw University, president of the National Pharmaceutical Association, and was appointed WSSU’s first alumni board of trustee member. Mrs. Hairston served as one of the first presidents of the Winston Salem Chapter of Moles, a national professional organization of women of color, and was a founding member of the Winston Salem Chapter of The Links, Inc. She was also involved in the development of Winston Salem’s first library for African-Americans and later worked in the WSSU library.

To learn more about the Winston Salem African American Archive, visit their website or partner page.