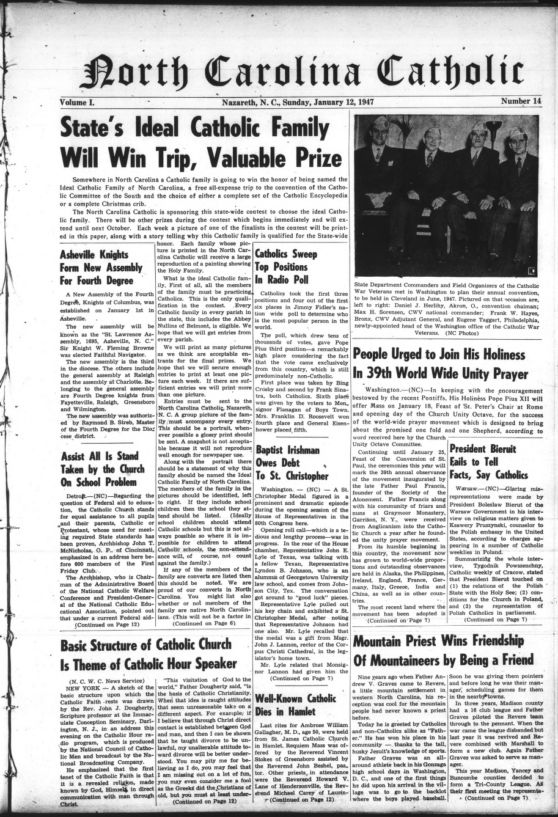 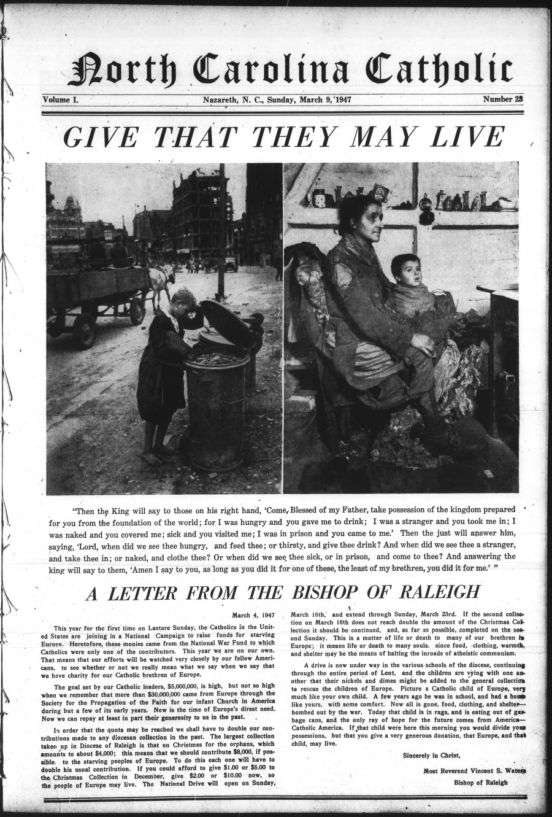 Appeal to NC Catholic’s from the Bishop, Bishop Waters, for a fundraiser for the people of post-war Europe during Lent in 1947

Thanks to our new partner, the archives at the Catholic Diocese of Raleigh, issues covering 1946-1968 of the North Carolina Catholic, a weekly publication, are now on DigitalNC. The paper, which started publication in 1946, covers news in the Diocese of Raleigh (which at the time covered the whole of the state – in 1971 the Diocese of Charlotte was started which split off the western half of the state) relating to Catholic Church matters, but other local news items as well. Baptisms, weddings and funerals across the Diocese are listed in each issue.  Local and national politics is also heavily covered.  The 1960 presidential election, in which John F. Kennedy was elected as the first President who was Catholic, is covered widely in the paper and has a note in the issue after the election “Hats off to the President!”  Topics such as the Vatican II council, views on birth control and abortion, segregation, secularism, the Cold War and the USSR are all covered in the issues now online.

A Robbery, an Assassination Attempt, and Other News From the Alleghany Times