This week we have another 32 titles up on DigitalNC! Eleven of these papers are from Asheville, including a few with a focus on the organized labor movement.

When people think of North Carolina, unions aren’t typically the first thing that come to mind, which makes sense since the state has the second lowest union representation rate in the country at 2.6%, only beating South Carolina by about 1%. However, in the first half of the 20th century, the labor movement was alive and well, that is until North Carolina officially became a Right-To-Work state in 1947, greatly limiting the power of unions in the state. In the 1950s, the unionization rate was 9% and it has been on the decline ever since. 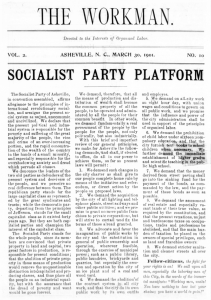 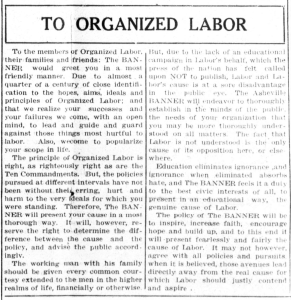 Marginalia Give an Insider’s View in Recently-Added 1968 Bulldog