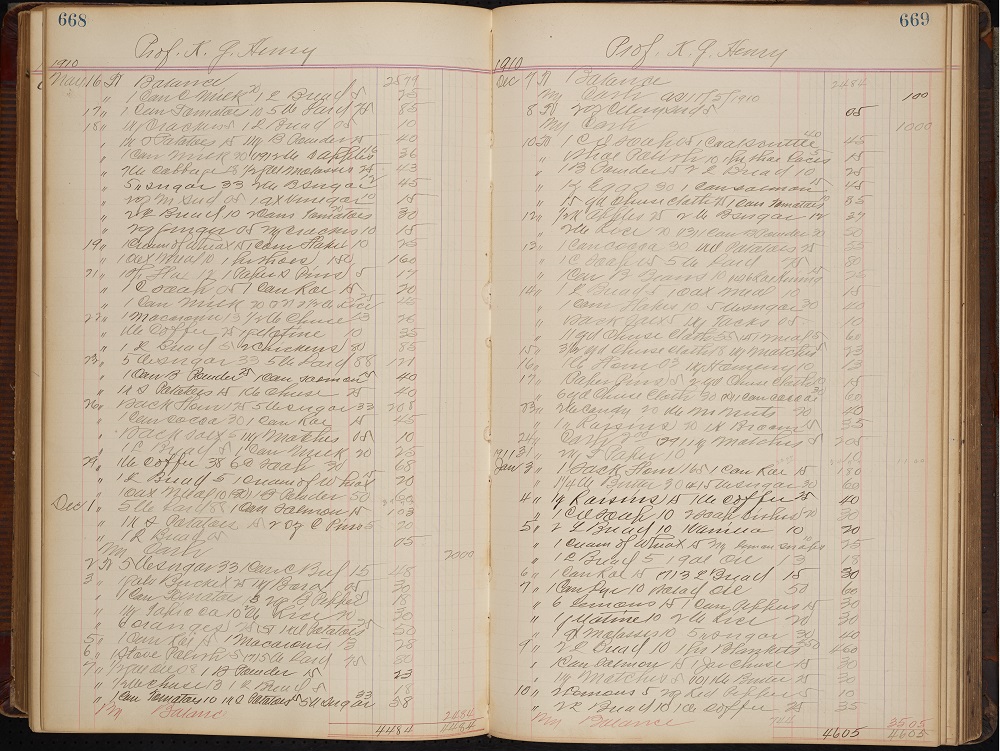 Accounts of Dr. K.G. Henry from October to November, 1910

The Digital Heritage Center has just finished digitizing a ledger from Patterson’s General Store, which covers the store’s accounts in the years 1910 and 1911. The store was located on East Franklin Street in Chapel Hill. The ledger, from the Chapel Hill Historical Society, contains the names and accounts of a number of North Carolina residents and businesses. Many faculty members and administrators from the University of North Carolina were customers, including Edward Kidder Graham, Kemp Plummer Battle, and Horace Williams.

Of particular interest to us were the entries for one Professor L.R. Wilson. This is Louis Round Wilson, for whom the Wilson Library is named. Professor Wilson bought such staples as lard, beans, olive oil and eggs, as well as some tasty treats including chocolate, apples, and potato chips. One of his entries also demonstrates that the general store sold more than just food products, as he obtained matches and an umbrella from Patterson’s.

Henry “Hoot” Houston Patterson, owner of the store, was a confederate veteran, and an active member of the community . The Southern Historical Collection at UNC holds many more of Patterson’s ledgers and Preservation North Carolina has put up a historic plaque at Patterson’s house on Cameron Avenue in Chapel Hill. 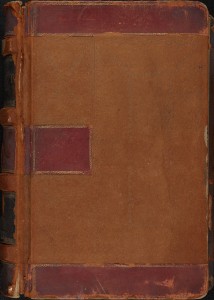 Front cover of the ledger from Patterson’s General Store