The Saint Mary’s School student newspaper, The Belles, is now online, from its origins as “The Grapevine” in 1936 through 1995.  The Belles continues to be published in an electronic form to this day.   The paper gives a good look into the viewpoint of North Carolina teen women over a 60 year period. 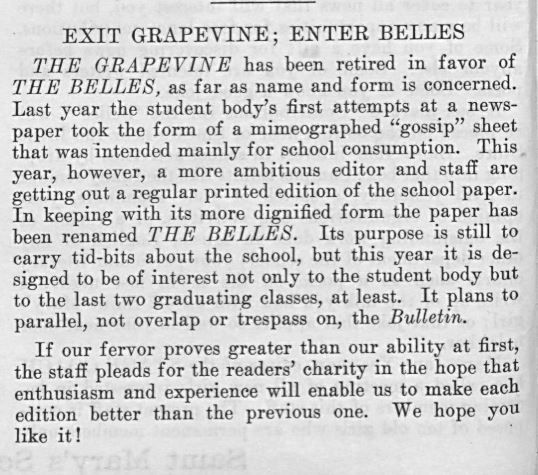 The paper reflect the changing times over almost 60 years of the school, chronicling everything from changing dress codes and fashions, the latest entertainment, and more internal changes such as post-high school aspirations and political engagement.  Perhaps the most interesting part of the papers are the editorials – both from the writers of the paper and the student body itself.  Browsing through the editorials alone give a sense of what social and political issues of the time affected the student body the most.
A brief trip through some interesting editorials in the Belles is a small trip through 20th century American history.  In 1939, a brief article was posted titled “Coffee, America, and Hitler,” reflecting on a conversation the author had with a Russian woman on a train. 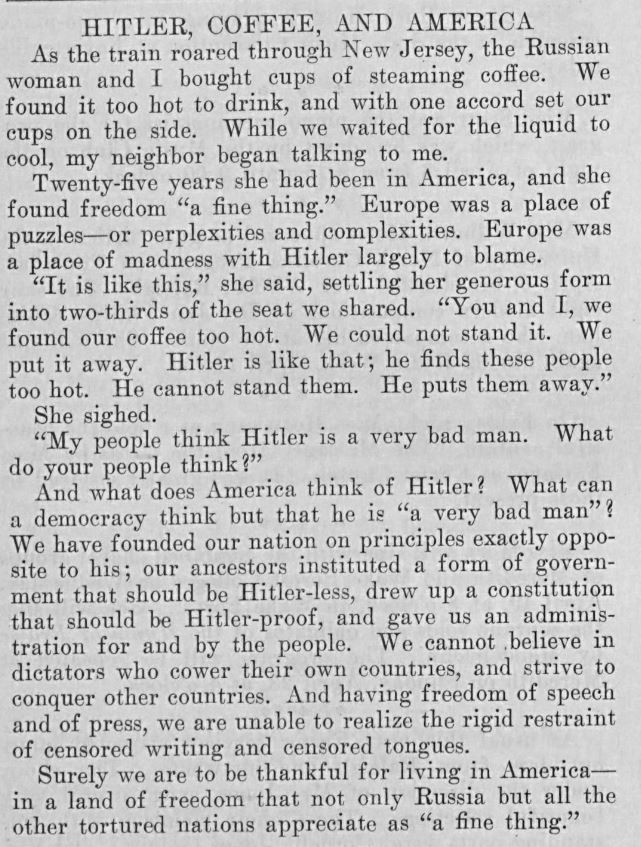 An editorial published in 1965 on the response in the United States by college students in particular to Vietnam seemed to both scold their fellow young Americans but also was a call to action to participation in civic life for the student body. 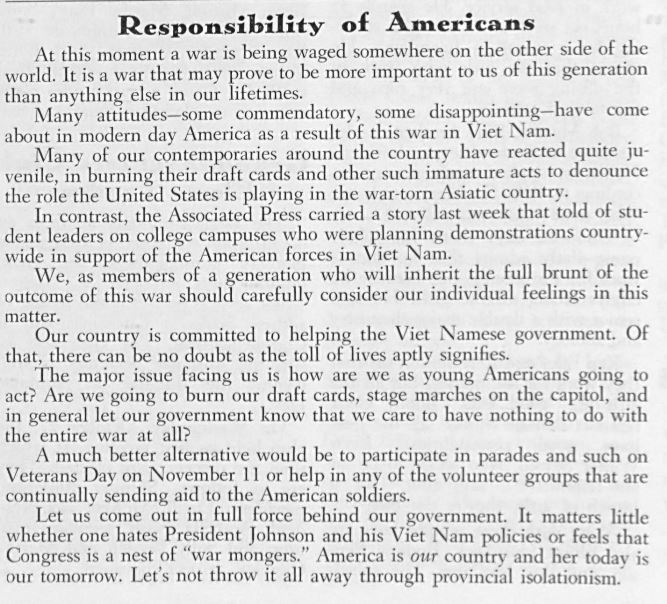 Amidst the strife of 1968, the editors of the Belles were put off by an editorial in the local paper that claims the women of Saint Mary’s didn’t care to participate in the political process or make their voice heard. 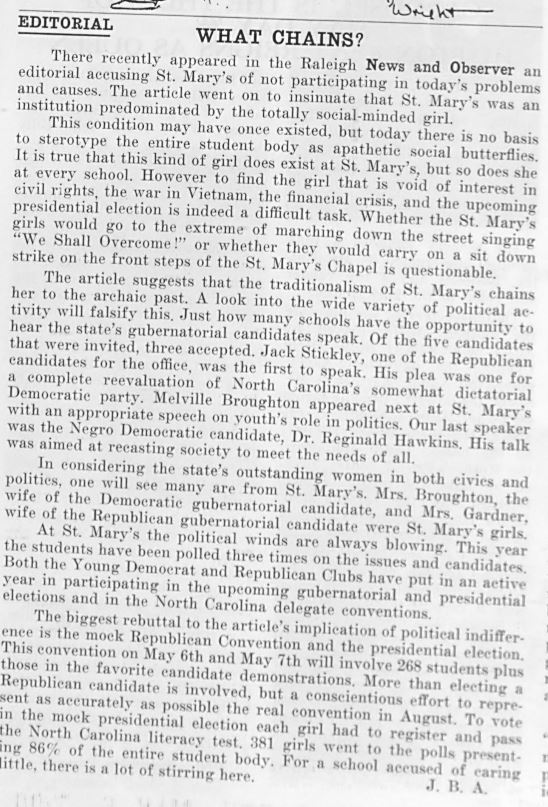 And an editorial in 1983 in response to the new DUI and drinking age laws passed show just how against these laws many teenagers and young adults in the country were. 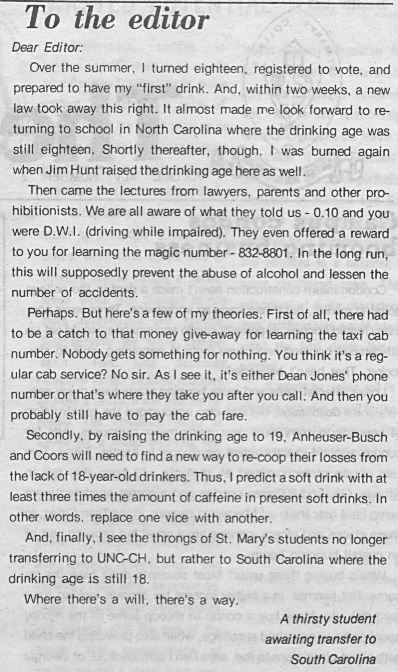