Ten new scrapbooks by the High Point Woman’s Club and a number of Point-Crest Newspapers, a periodical published by the High Point Weaving Company and Hillcrest Throwing Company, have been digitized and uploaded to DigitalNC. The scrapbooks give details of the club’s activities throughout the years 1957 to 1958 and 1961 to 1971. 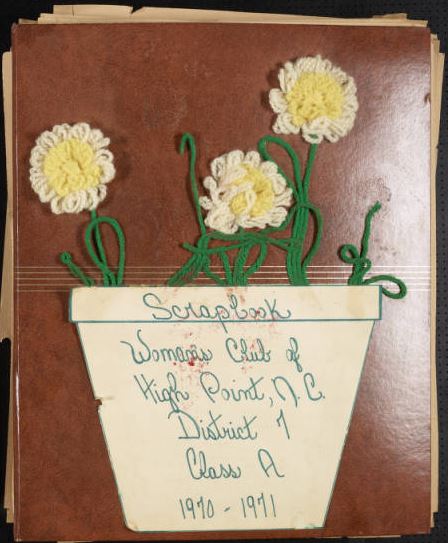 The High Point Woman’s Club took part in a wide variety of activities and made it a point to become involved in a number of local and even international issues that were of great importance at the time. They hosted a number of speakers, including Ralph Nader, who discussed a variety of issues such as homeland security, national affairs, and travel. The group was also involved with the United Nations, and UNICEF in particular. 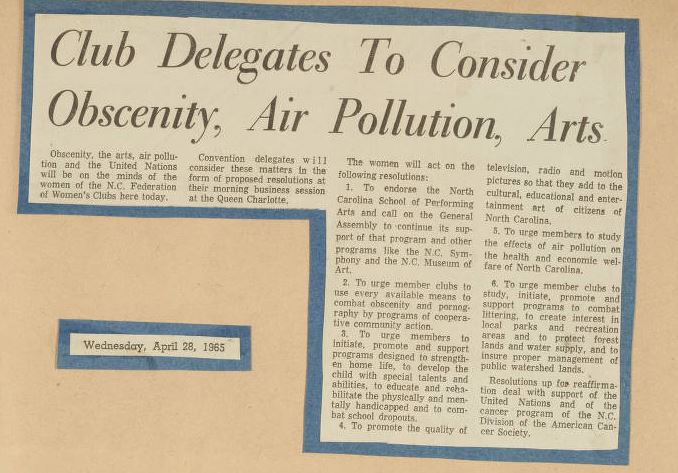 Newspaper clipping about some of the Club’s various activities

The Point-Crest newspapers cover the years 1945 to 1947 and, as the product of the companies listed above, much of the content is related to the textile industry and the doings of these particular companies. However, the newspaper is not all business and work. The paper notes extracurricular activities in which the companies were involved as well, such as the Hillcrest Girls’ Softball Team, who won their league championship. 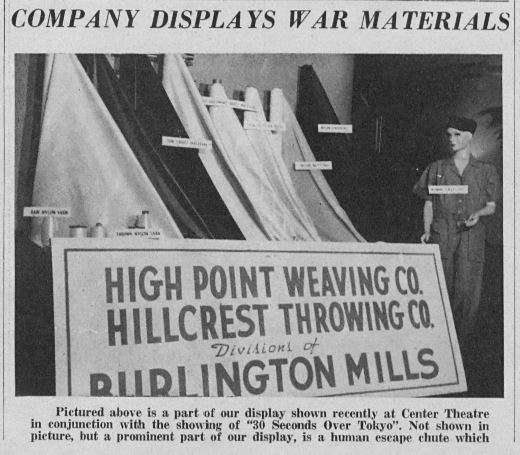 For more information about the High Point Woman’s Club and the other materials that DigitalNC has digitized from them and the High Point Museum, see this previous blog post.

← Planning a Digital Project that Works (Hint: Digitization is the Easy Part)