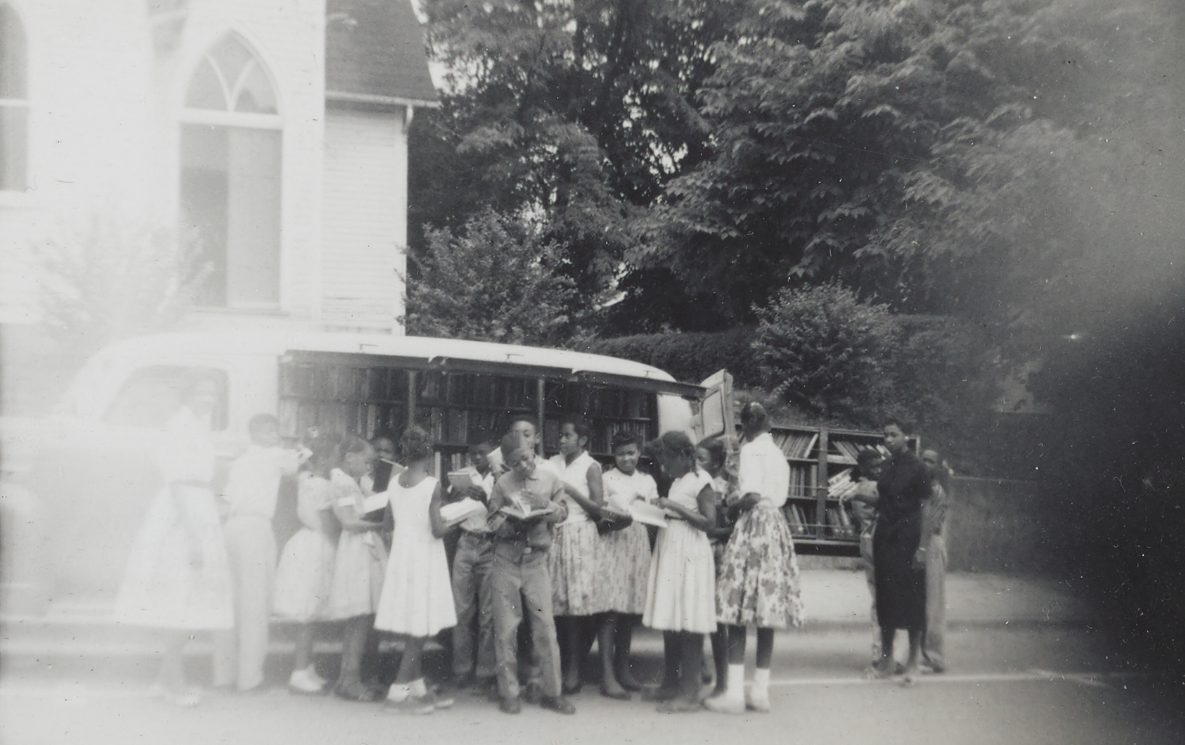 The first bookmobile came to North Carolina in 1936 to serve the largely rural population that had little access to library services within their communities. At the time, the North Carolina Library Association (NCLA) and the Citizens’ Library Movement estimated that more than 1 million people in NC had no access to libraries. NCLA combated this problem by purchasing the state’s first book truck. The truck traveled around to rural counties in the state, demonstrating how small, local libraries could better serve their populations. This idea quickly caught on in Rockingham County and a community member donated a bookmobile to the county in 1937 (pictured above).

The new bookmobile was widely successful, making 106 stops weekly around the county. It ran as the soul “locomotive library” for more than a decade before it was replaced by another, more unusual edition in 1949. The second book truck (pictured at left) featured machine-powered shelves that extended several feet behind the truck, which allowed space for more than 1200 volumes of books. This was more than double the amount of the previous truck.

The popularity of the bookmobile grew so rapidly that the county added a second bookmobile to the fleet in 1953. The newest model was a refurbished delivery truck that was as large as a “room on wheels.” The new, larger bookmobile (pictured below) allowed for the library to better serve rural patrons, no matter the weather, which had been a problem for the previous model. The older bookmobile went on to serve the McRae Libraries in Rockingham County, which served the African American community (featured photo at the top of the page), providing access to a previously under-served population in the county. The McRae Library scrapbook also offers a look into the vibrant history of library services for the Black community in Rockingham County. If you are interested in learning more about the Rockingham County Bookmobile, check out this unique film from 1939. It demonstrates the first bookmobile in action! 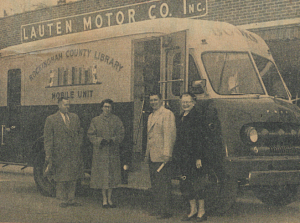 You can see several of the other highlights from this batch below:

To learn more about the Rockingham County Public Library and its branches, please the website. To see more items from the library on DigitalNC, please visit their contributor page.