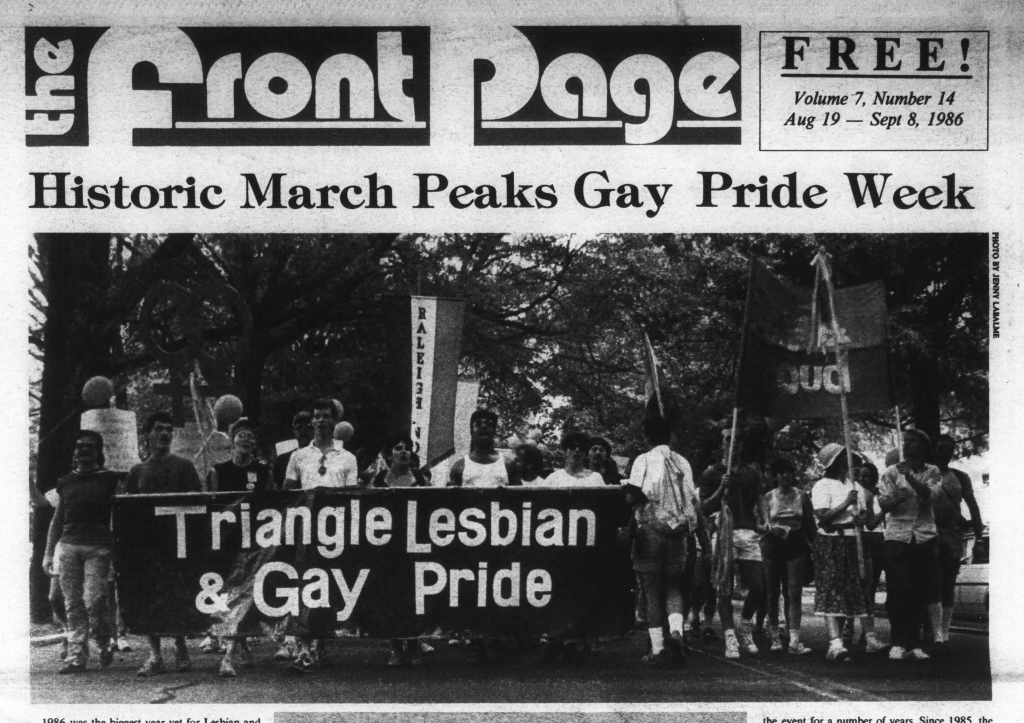 The first 8 years of The Front Page newspaper, from 1979-1986, are now on DigitalNC. The Front Page was published in Raleigh for twenty-six years covering “news and happenings of interest to gay people.”  The paper covered national and local news impacting and of interest to the LGBTQ+ community. There are ads for local businesses that were safe spaces for LGBTQ+ individuals, and a community calendar listed events. There’s also a Q&A column where letters from readers all over the state wrote in with problems or questions to recieve a broad spectrum of personal advice.

Q-Notes, a prominent Charlotte area LGBTQ+ newspaper and the one Front Page merged with in 2006, published a retrospective of The Front Page and an interview with the Page‘s publisher Jim Baxter in the July 29, 2006 issue. Baxter penned an article in IndyWeek shortly after the paper’s final issue, and it describes parts of his career and the history of Front Page.

The paper has been added with kind permission from the publishers and thanks to efforts by staff at the libraries at the University of North Carolina at Charlotte and Duke University. Digitization of this paper was funded by an IDEA Action Grant from UNC-Chapel Hill Libraries. Archived issues of Q-notes are available from our site, and you can view more current content at their site.