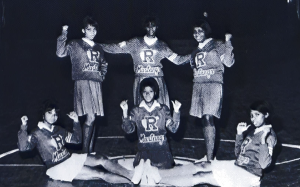 Cheerleaders from The Riviera, 1967. 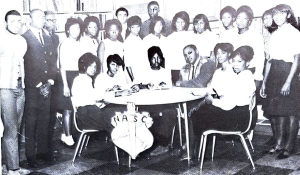 Franklin County Training School began as one of many “Rosenwald schools” in North Carolina⁠—which erected 813 buildings through the project by 1932, more than any other state in the country, according to the North Carolina Museum of History. For background, “Rosenwald schools” were developed by Booker T. Washington and the Tuskegee Institute as a way to improve formal education for Black children in the South. The project soon received funding from Julius Rosenwald, then-President of Sears, Roebuck and Company, resulting in over 5,300 buildings in 15 states.

Although Rosenwald provided significant financial backing, much of the money for these schools came from grassroots contributions by community members. The terms of Rosenwald’s fund stipulated that communities had to raise enough money themselves to match the gift, so George E. Davis, the supervisor of Rosenwald buildings in N.C., often held dinners and events to encourage local farmers to contribute. By 1932, Black residents had contributed more than $666,000 to the project.

Though many schools built in part with Rosenwald Fund grants were designed to be small (typically one to seven teachers per school), Franklin County Training School was once the only Black public high school in the county. As a result, the student body expanded; many students lived nearby, and others were bused from farther away (102). In 1960, the original building burned down, and the school was rebuilt as Riverside Union School and then Riverside High School (103). 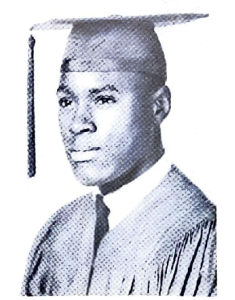 “I’d say very jovial, it’s a family type atmosphere. I felt very safe,” James A. Harris, who attended the school from 1955 to 1967, recounted in 2004. “Teachers were very caring and provided not only just classroom instruction, but a lot of values. Teachers were held to a higher standard. If you look at people in the community that people looked up to, [teachers] were right behind the minister. They were held in high esteem.” (From John Hadley Cubbage, 2005.)

When North Carolina racially desegregated schools in 1969, Riverside High School was converted to Louisburg Elementary School. Today, it’s the central office for Franklin County Schools. The building itself is on the National Register of Historic Places (Reference Number: 11001011).

To see all of the materials from the Riverside Union High School Alumni Association, you can visit their partner page or click here to go directly to the yearbooks. You can also browse our entire collection of North Carolina yearbooks by school name and year.

← More Examples of A+ Student Comedy from Grimsley’s “High Life”