The Magazine Club of Tarboro, NC

11 minutes, membership lists, and minute books in this exhibit 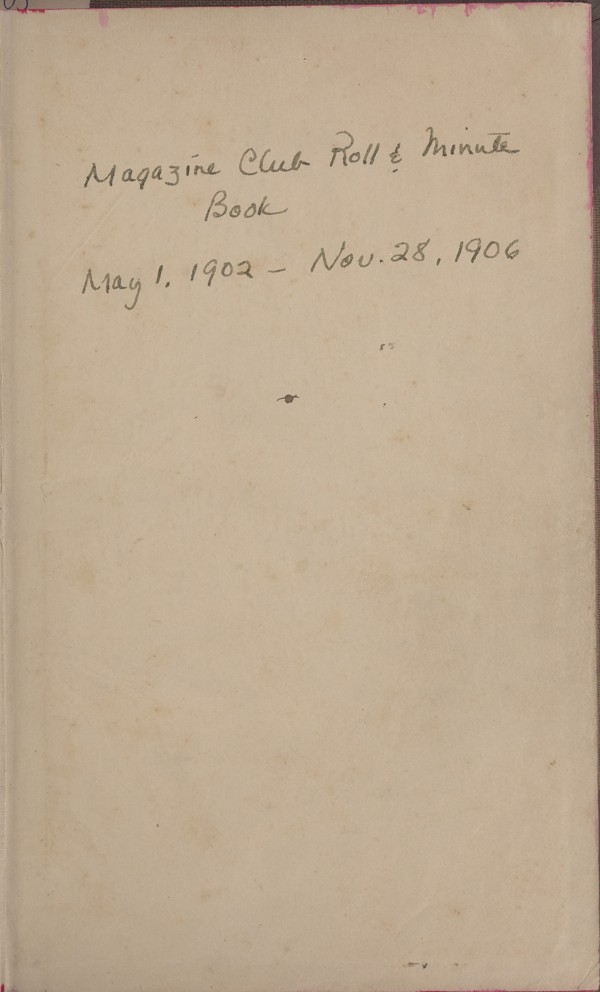 The Magazine Club is a women’s literary society in Tarboro, North Carolina. It was formed on January 24th, 1895, and with the exceptions of club years 1944-1945 (World War II) and 2020-2021 (COVID-19), has met continuously since. Unfortunately, there is no recorded history of the club prior to 1897. Oral history, passed down from older members, states Miss Sallie Howard formed the club with like-minded friends after visiting a similar one in Richmond, Virginia. The fact that Miss Howard was indeed the founder is not in question. Reference to her as “founder” is often in the minutes and the club’s 1932-1933 booklet has a memoriam box dedicated to her.

The Magazine Club was formed as a literary club rather than a charitable society or suffrage organization, these being popular national movements in women’s clubs at the time. The ladies met in each other’s homes to discuss topics that came to them not only through magazines but any other form of new or old literature. They met, and continue to meet, for intellectual growth and social enjoyment.

The Edgecombe County Memorial Library houses an archival collection of journals recording the minutes of the club.