608 yearbooks, catalogs, programs and more in this exhibit

1 newspaper title in this exhibit 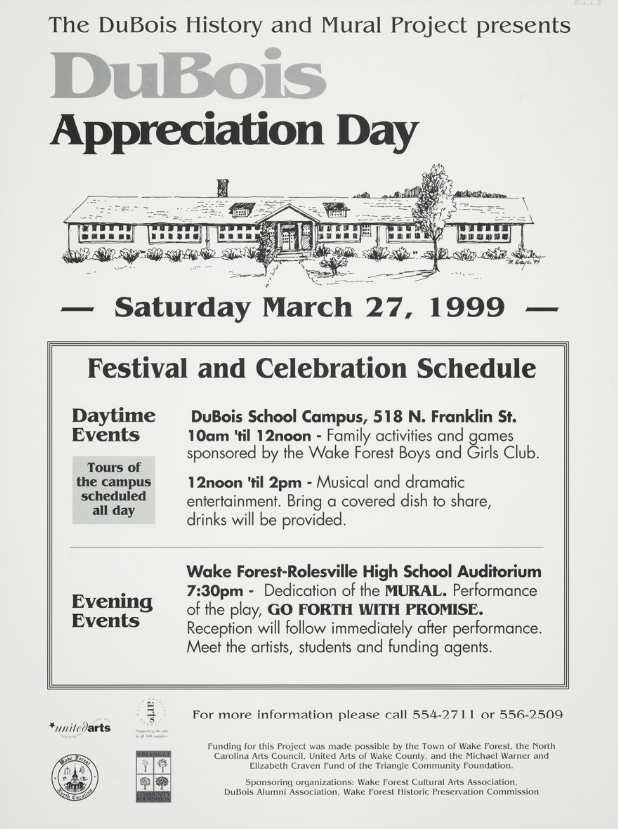 The publications preserved here document the history of Wake Forest University and DuBois High School and lend to our understanding of Southern education in the nineteenth and twentieth century.

Now located in Winston-Salem, Wake Forest University was founded in the town of Wake Forest in 1832 to train young men for the Baptist ministry. Originally known as the Wake Forest Institute, the school was renamed Wake Forest College in 1835. From 1832 until the college moved to Winston-Salem in 1956, the economic and residential development of the town was dependent on the school and the school’s yearbooks provide information on both the school and town’s development. The DuBois School served African American students in Wake Forest from 1926 to 1970. In 1922, Wake Forest’s African American community raised funds and secured a matching grant from the Rosenwald Fund to build a new school for the town’s African American children. The school was among more than 800 schools in North Carolina to receive matching grants from the fund, which was established by American businessman Julius Rosenwald, part-owner, and president of Sears, Roebuck and Company, to improve educational opportunities for African-American students. The school opened in 1926 as the Wake Forest Graded School, and in 1939, the school was renamed after the famous scholar and activist, Dr. W. E. B. DuBois. The student publications preserved here document the history of these educational institutions and were collected in partnership with the Wake Forest Historical Museum, Z. Smith Reynolds Library at Wake Forest University, and DuBois School alumni.