Back to Top View all Issues from 1880

Back to Top View all Issues from 1880

Published every Wednesday starting in 1879, the Durham Recorder included local and national news as well as stories about agriculture and manufacturing, particularly as related to tobacco. The newspaper supported the Democratic Party. In addition to running the Recorder, Cameron also served as principal clerk to the North Carolina General Assembly, and, in 1881, he authored A Sketch of the Tobacco Interests in North Carolina, which included the names of the state’s tobacco growers and manufacturers.

By the end of 1882, Hackney served as sole editor and proprietor of the Recorder. He continued the paper’s support of the Democratic Party as well as its coverage of tobacco cultivation and manufacturing. From 1886 to 1890, Hackney also published a daily edition of the Recorder. In 1886, the daily published under the title Durham Daily Recorder. From 1887 to 1890, the weekly and daily editions published as the Durham Recorder, with the words “Weekly Recorder” or “Daily Recorder” on the masthead.

In August 1895, Hackney sold the Durham Recorder to Mamie H. Fairbrother (1861–1936), who kept the title but moved the publishing office back to Hillsborough. In early 1896, the Recorder published a notice written to subscribers by Hackney, announcing that Fairbrother had failed to comply with terms of the sale and that the newspaper would return to Durham. From 1896–1897, Joseph H. King (1866–1919) served as editor of the newspaper until Hackney returned to that position in 1898.

Hackney continued to edit the Durham Recorder until his death in 1903, when Zebulon Pascal Council (1875-1958) purchased the Recorder and took over as editor and publisher. Council reduced the newspaper’s extensive coverage of tobacco, using the front page to cover local elections, announce births and deaths, and run the “Durham Recorder Popularity Contest,” in which area residents mailed in votes to say who they liked best in the community.

In September 1910, Council sold the Recorder to J. E. Dupree, who enlarged the newspaper to an eight-page format with seven columns printed semiweekly in the office of The Durham Sun. Fred A. Moore bought the Recorder in 1911 and then ceased publication under that title in April 1912, turning the semi-weekly into the Southern Recorder, a monthly serial focused on agriculture. 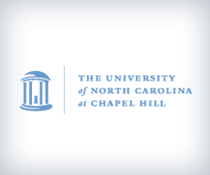