Issues of The Carolinian from 1945 to 1959 are now available on DigitalNC, after recently being transferred from a microfilm format to a digital one. This newspaper is still in print and based in Raleigh, North Carolina, where it shares news among its predominantly African American audience. The paper circulated in major cities throughout the state, and later issues were divided to showcase news from each locale, including Fayetteville, Charlotte, High Point, Goldsboro, Greenville, Rocky Mount and others.  This paper is available thanks to our partner Olivia Raney Local History Library.

The paper shares news with its communities regarding important activities, legislation, and celebrations. Much of the paper’s space is spent on personal safety and civil rights activities. Highlighting a reality in the Black community during this time period, it is not uncommon to find headlines about acts of violence against The Carolinian‘s African American audience. However, there is frequently uplifting news as well, including educational accomplishments, income raises, family success-stories, and others. Below are some sample clippings from DigitalNC’s digitized holdings of The Carolinian: Back in August, we announced our annual call for microfilmed newspaper digitization. We asked institutions throughout North Carolina to nominate papers they’d like to see added to DigitalNC. As it is every year, it was an incredibly tough choice – we are typically able to choose between 40-60 reels out of hundreds or thousands nominated. This year we’ve chosen the following titles and years.

We hope to have these titles coming online in mid-2019. If your title didn’t make it this year don’t despair! We welcome repeat submissions, and plan on sending out another call in Fall 2019. 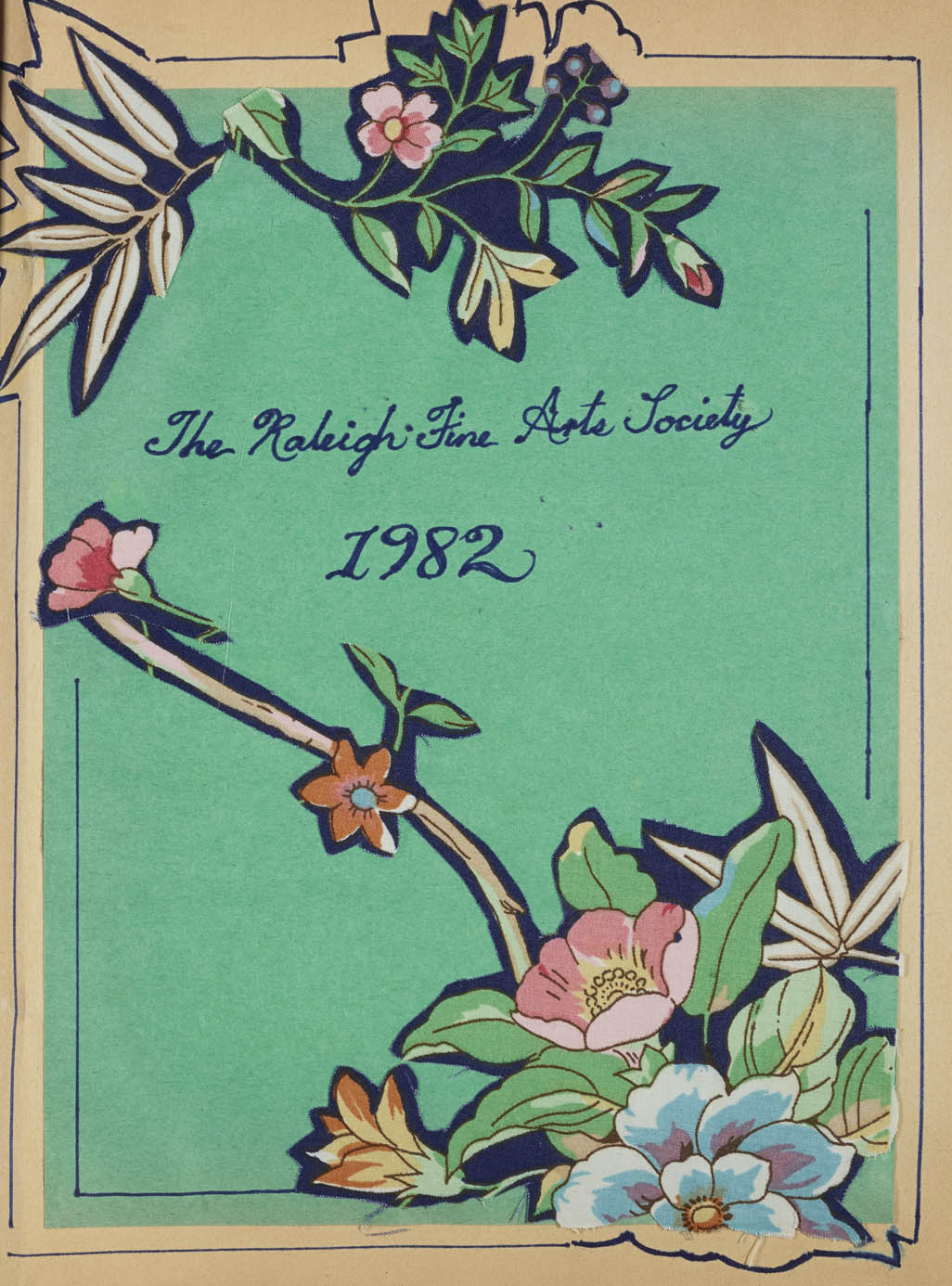 Scrapbooks from the Raleigh Fine Arts Society, dating from 1965-1992, are now available on DigitalNC.

The Society, which began in 1964, is a volunteer organization supporting North Carolina arts and artists. Members serve as docents at area institutions, coordinate fundraising for various causes, and hold annual events like the NC Artists’ Exhibition and a High School Literary Contest. The group also holds a number of social events and art exhibits.

These scrapbooks document the Society’s history from its early art exhibitions at the former downtown Olivia Raney Library* to its role in local events like Artsplosure. The earlier scrapbooks include newspaper clippings related to women’s changing role in society. Trips that the members have taken together over the years, to places in North Carolina as well as South Carolina and Washington, D.C., are documented through photographs and memorabilia.

Told throughout the 1970s and 1980s is the story of the Society’s multi-year effort to restore the historical carousel at Pullen Park in Raleigh, an effort that ended successfully in 1982.

You can view all of the scrapbooks, which were contributed by the Olivia Raney Local History Library, on DigitalNC. 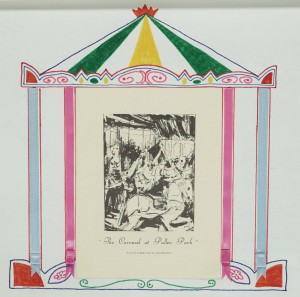 * Thanks to a reader for correcting us on the location of these exhibitions. 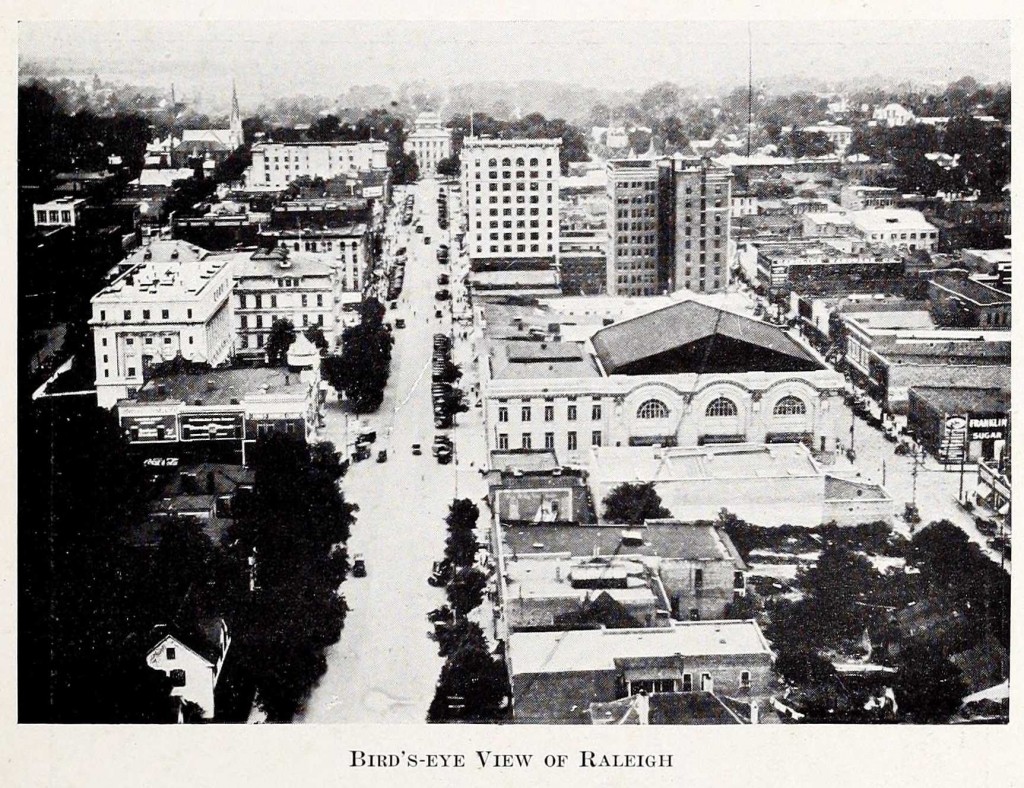 From the 1922 Rattler, Raleigh High School’s yearbook. Part of a photo essay of Raleigh.

The Digital Heritage Center partnered for the first time with the Olivia Raney Local History Library in Raleigh to digitize nearly a hundred Wake County school yearbooks, catalogs, reunion books, and graduation programs.  The materials, which span 1909-2008, are windows into the daily lives and times of North Carolinians throughout the century.

Some of these yearbooks come from schools no longer in operation. Here, we’ve provided a brief history of each former school (when available), and a link to the volumes from that school (see section “Closed Schools” below). We also digitized yearbooks from schools that still exist today (see “Current Schools” section at end). 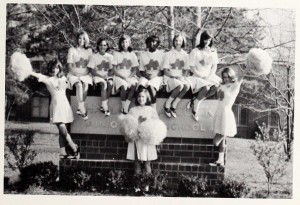 History: Junior high school in operation from 1965-1979, when its campus was absorbed by William G. Enloe High School, which was built in 1962. The building was and still is known as the “East Building” on Enloe’s campus. Its original students were from the recently closed Hugh Morson Junior High School (formerly Hugh Morson High School). 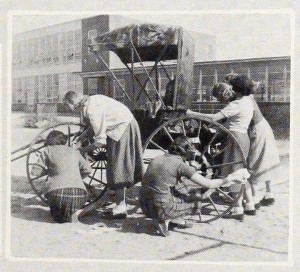 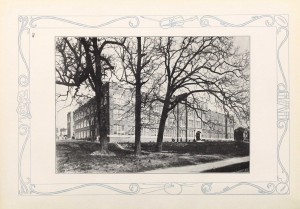 History: On September 2, 1925 the students of the overcrowded Raleigh High School moved into the brand new school called Hugh Morson. The school spanned the block of Morgan Street bounded by Person, Blount, and Hargett Streets. It was named for the long-time teacher and beloved first principal at Raleigh High School, Mr. Hugh Morson. Today, all that remains is a plaque and two gargoyles. The school newspaper was The Purple and Gold; its colors, purple and gold. These colors live on today as the colors of Needham B. Broughton High School (more details in this Good Night Raleigh post; history summarized from an excellent entry in Historical sketches of the Raleigh Public Schools by Mrs J. M. Barbee, 1943).

Hugh Morson High School was demoted to a junior high school in 1955 and operated until 1965, when it closed. Over winter break in 1965, the students were transferred to the new Charles B. Aycock Junior High School and the school was officially closed and demolished in 1966. 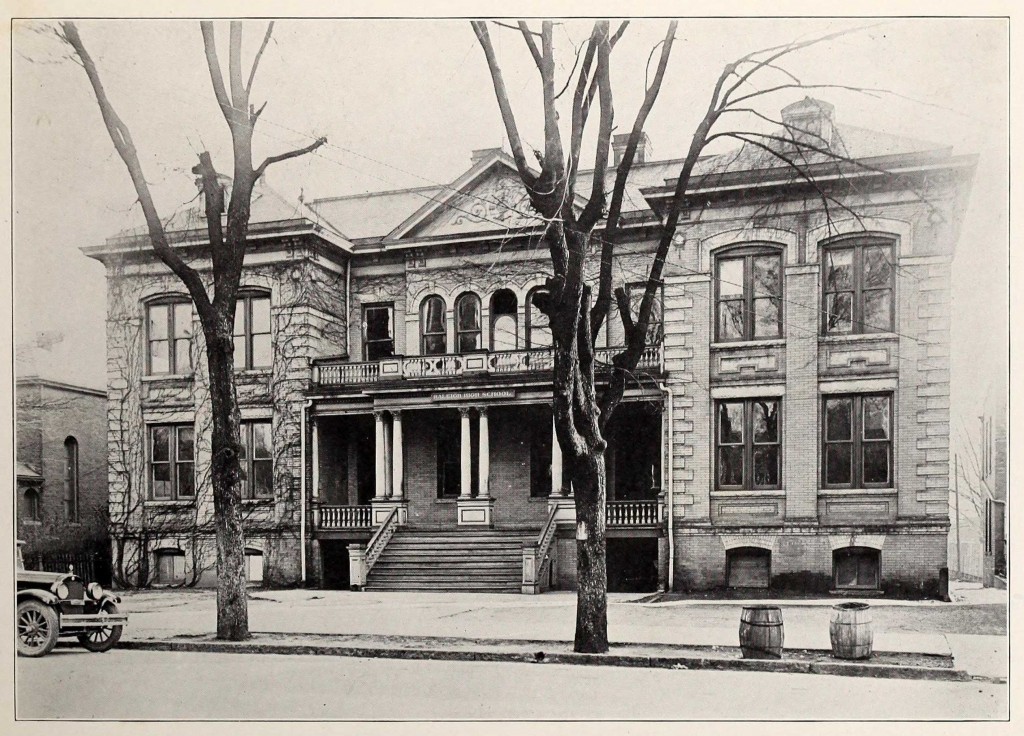 The Raleigh High School building on W. Morgan St, 1923. The school closed in 1929 and was later demolished.

History: Raleigh High School, which preceded both Hugh Morson and Broughton High Schools, was built in 1909 next to “the Raleigh water tower, across the street from fire station #1, on W. Morgan Street” (Good Night Raleigh post). The city of Raleigh decided to build a high school in 1905, reported the News and Observer. The paper also reported that the school’s principal would be Professor Hugh Morson, who ran a successful and well-known boys’ school. The West Morgan Street location was selected for its proximity to both the State and Olivia Raney libraries (the school had no library of its own). The school was built to contain 250-300 students in 1907, but enrollment was soon up to 500. The school built a two-story brick annex during 1921-1922, just east of the city water tower. But schools were soon closed during an influenza pandemic, and the buildings of the high school were used to house patients. In, fact, the school never re-opened. By 1928-1929, the building closed for good, as Hugh Morson and Needham B. Broughton High Schools had both been built. Later the building was used by the Salvation Army, and then divvied up and sold. (Note: history summarized from an excellent entry in Historical sketches of the Raleigh Public Schools by Mrs J. M. Barbee, 1943) 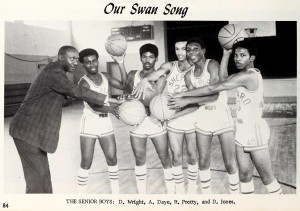 History: Wakelon School opened in 1908 in an “eclectic brick building” in Italian/Neoclassical style (National Register of Historic Places; the building was added in 1976). It was designed by C. E. Hartage, a Raleigh architect, and features a prominent center octagonal tower. The school’s construction was a big boon for the town of Zebulon, which was incorporated just a year before the school’s construction. Its construction was a result of the 1907 General Assembly act that also established Cary High School. It operated until it was merged with the integrated Zebulon Elementary. The last of the students graduated in the 1980s, and the building was sold to GlaxoSmithKline. It has since been bought back and is now a town hall. 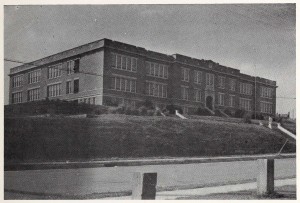 History: In 1869, a school for African-American students was built at West South Street in Raleigh by the American Missionary Society of New York. The school was bought in 1875 by the city of Raleigh and organized as a public elementary school. The school grew, but by 1918 Shaw University and St. Augustine’s College had both discontinued their high school programs, leaving Black students nowhere to pursue education beyond the elementary level. In the fall of 1924, Washington Elementary and High School opened (Historical sketches of the Raleigh Public Schools by Mrs J. M. Barbee, 1943). It was designed by C. A. Gadsen Sayre in the Jacobean style, a popular style for school architecture in in the 1920s, and continued as the only public high school for African Americans in Raleigh from its inception until 1953 (Raleigh Historic Development Commission). The building now holds Washington Gifted and Talented Magnet Elementary School.

North Carolina State School for the Blind and the Deaf (Raleigh, N.C.)

Now the Governor Morehead School for the Blind.