Hugh Johnston was a genealogist from Wilson County, North Carolina. Johnston graduated from Davidson College. He received his master’s degree in Hispanic-American studies from George Washington University. Johnston also studied at the University of North Carolina. He taught in the North Carolina public school system. He later taught at Atlantic Christian College, which is now Barton College in Wilson, North Carolina, in the Department of Modern Foreign Languages.

Johnston’s collection was donated to the Edgecombe County Memorial Library. His collection includes genealogical material about eastern North Carolina families. There are photographs, family letters and much more in this collection. 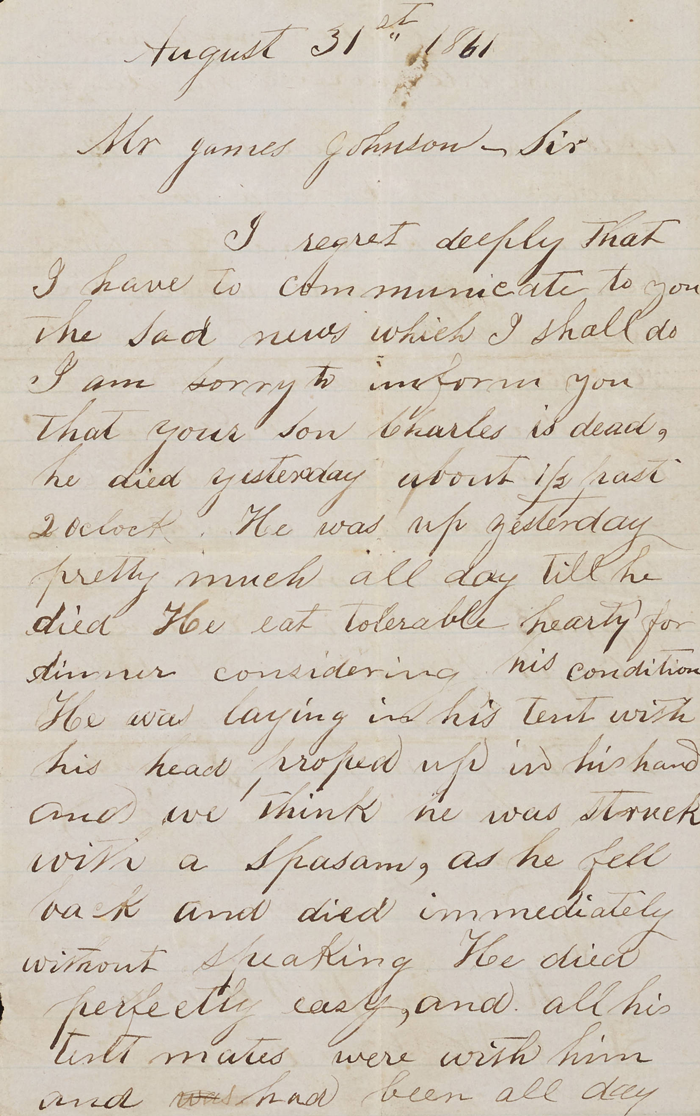 Letter to James Johnson Regarding the Death of His Son Charles, 1861