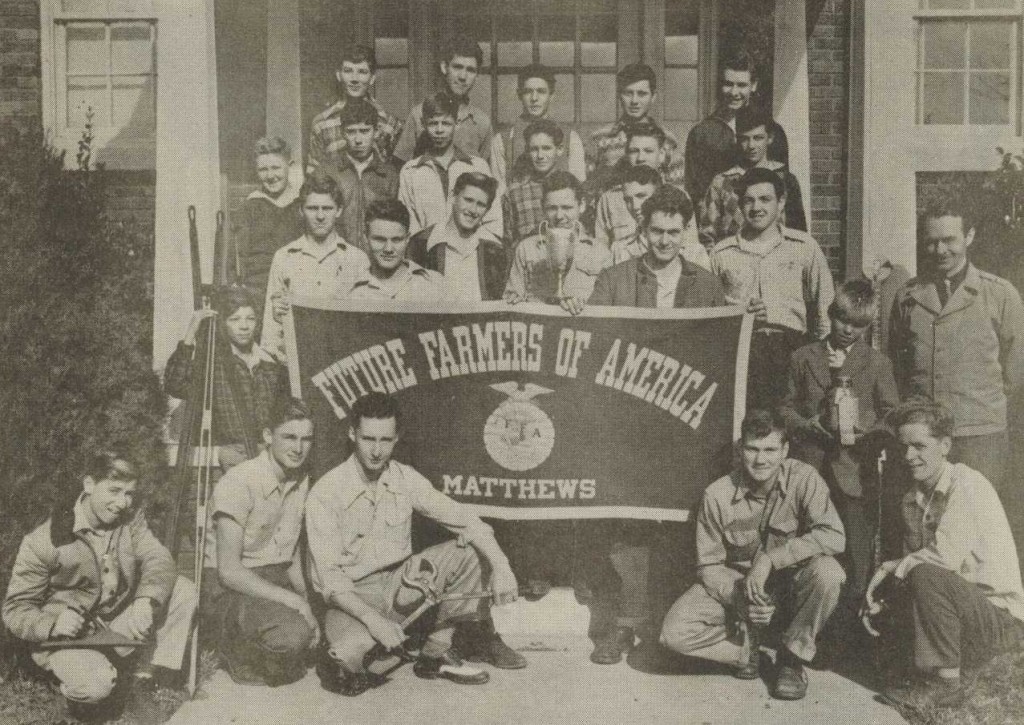 These are the first two yearbooks we have from this school. Several other yearbooks from Matthews schools are also on DigitalNC. 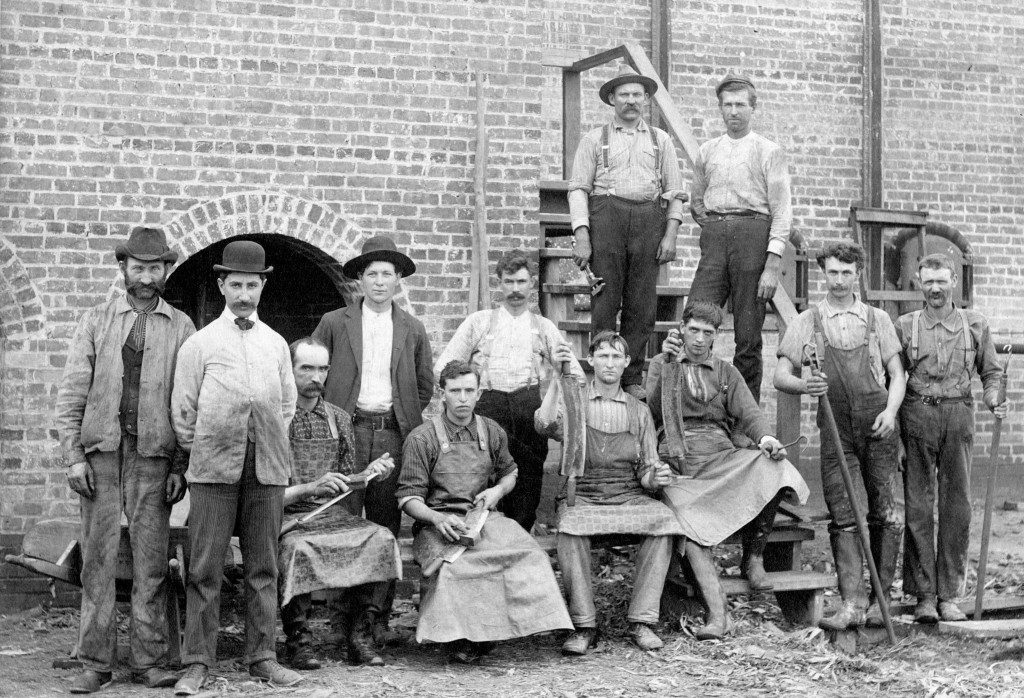 These images show logging and tannin operations in Rosman, Brevard, Lake Toxaway and Quebec, which all border on or lie within the Pisgah National Forest. Featured prominently are the trains, necessary to transport lumber, workers, and logs throughout the area. Sawmills, rail cars loaded with lumber, oxen pulling logs near work camps, and steam-powered machinery are in many of the photos, as well as group portraits of lumber and tannery workers. 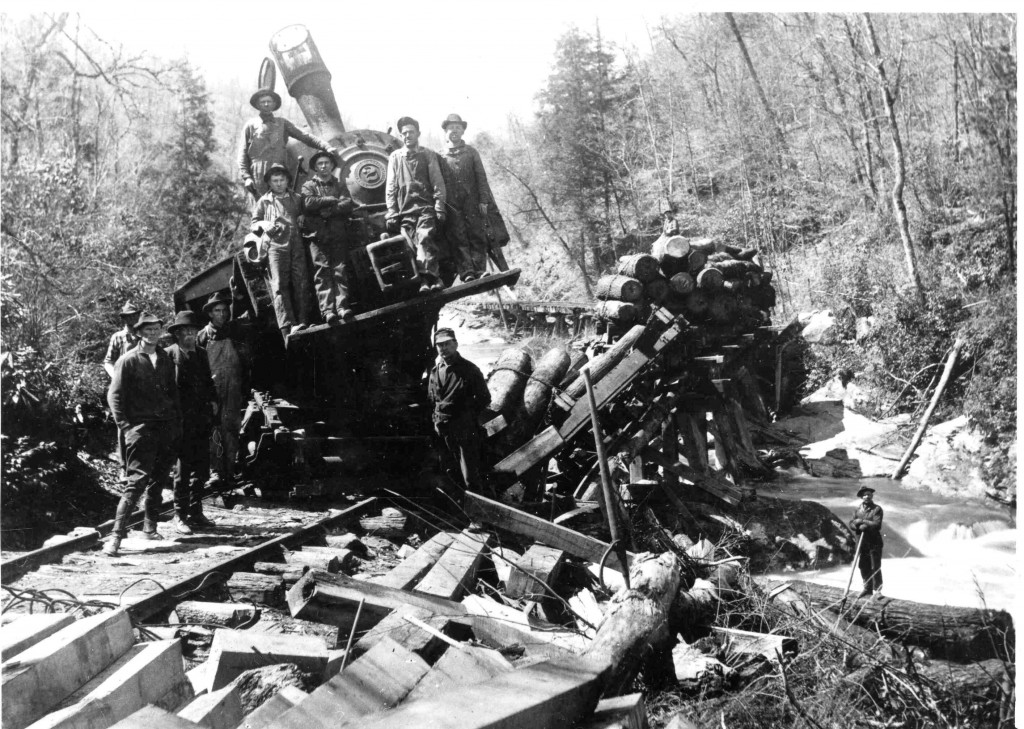 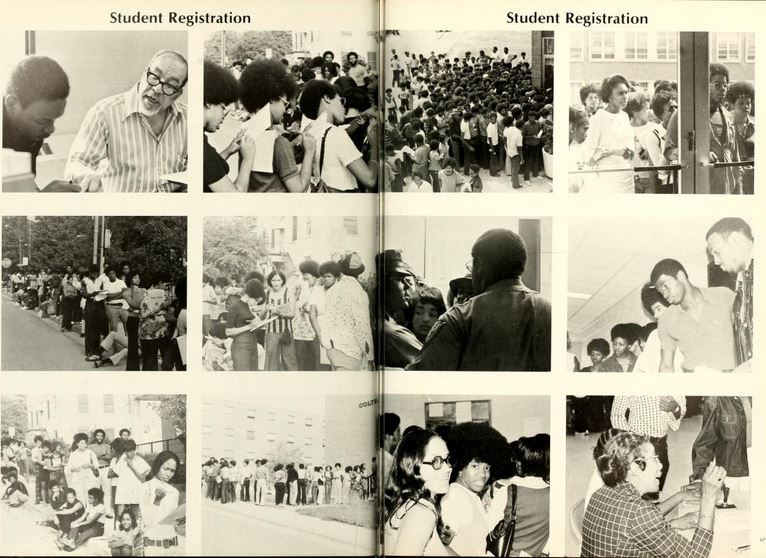 As college students across North Carolina head back to class it seems like a good time to take a peek in our NC College Yearbooks collection and see what registering for classes used to look like before we were able to just sit in our dorm room, or coffee shop, or be halfway across the world to sign up on our computers. Until the early 1990s, to sign up for classes involved a lengthy process of waiting in very long lines and hoping that no one in front of you got into the class you wanted or needed before you did. As the images below show, the overwhelming feeling among students about this process was pure frustration. Today’s students can be glad this is one college tradition they do not experience anymore! 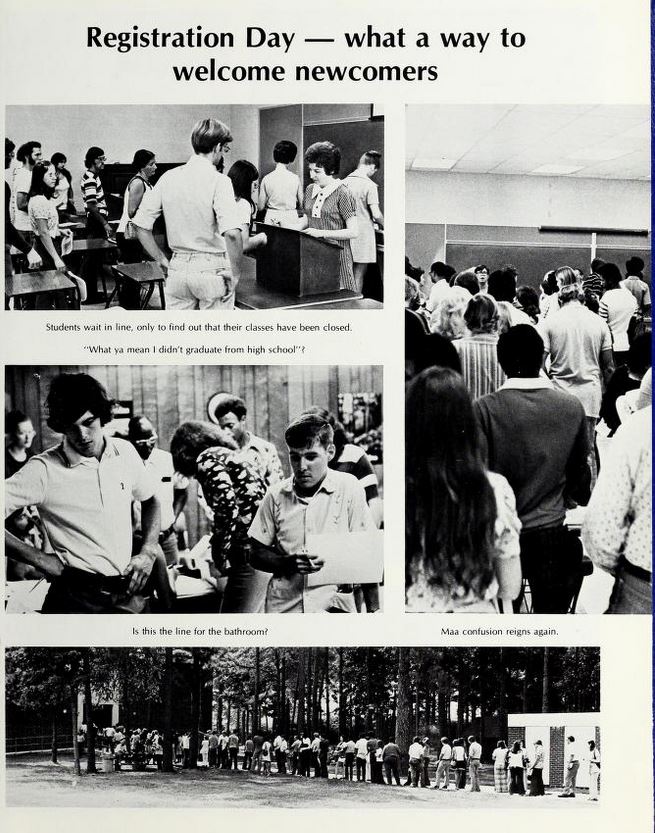 Registration day was a feature in community colleges as well. This is from Wayne Community College’s 1974 yearbook, Insights. 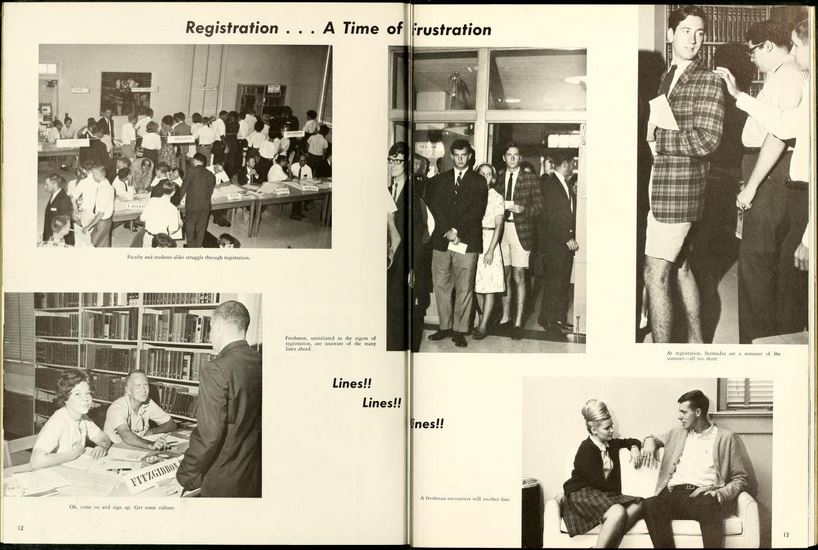 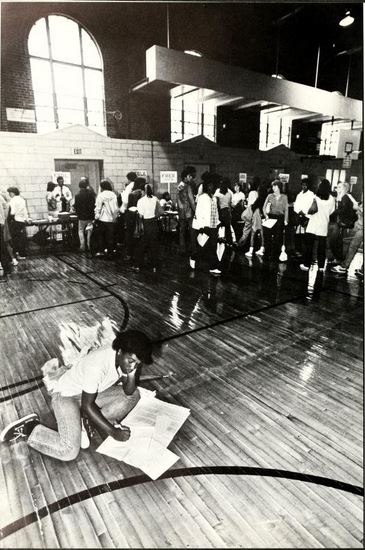 Utilizing the gym floor to figure out classes during registration, from UNC-Chapel Hill’s 1982 Yackety yack 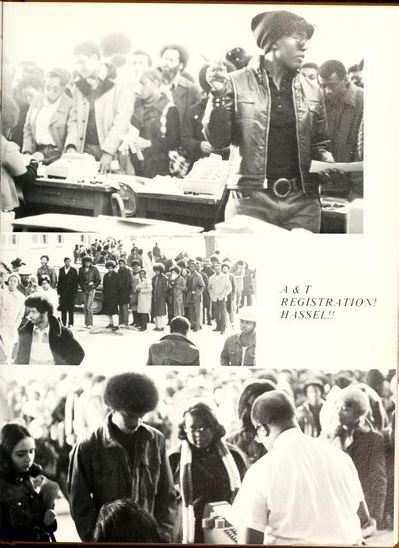 Registration was a “hassel!!” at NC Agricultural and Technical State University in 1974. from 1974 Ayantee

The North Carolina Digital Heritage Center recently digitized a variety of materials from the Stanly County Museum in Albemarle, N.C. Prominent in the materials is information on the Jones family. 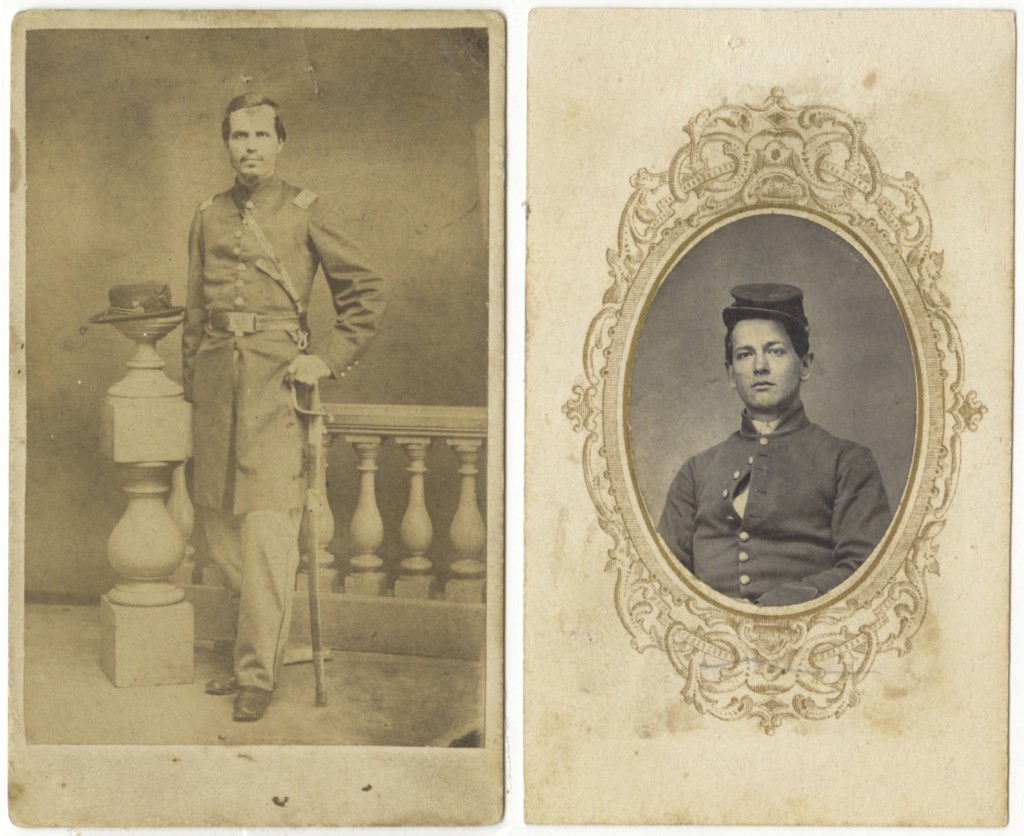 Brothers James Read Jones, left, and Will Jones (circa 1861-1862). Both were soldiers from Indiana in the Union army. Their letters, among others, comprise the Jones Family Letter Collection from the Stanly County Museum.

The  Jones Family Letter Collection was donated to the Stanly County Museum by Janice H. Mitchener. The letters, which number in the hundreds, are correspondence between James Read Jones, his wife Achsah Gilbert Pleas Jones, and various friends and other members of their family. The complete, numbered letters appear first in the collection (Letters 1-169), followed by incomplete letters (Loose 1-51). Biographical information about the Jones family is at the end of the letter collection (Documents 1-5). The numbered letters are roughly grouped–first are James Read Jones’s letters, and then Achsah Gilbert Pleas Jones’s letters (for a chronology, see Document 5).

The correspondence tracks many threads: the couple’s relationship, from infancy to past marriage, and the life and death in 1862 of Will Jones, James Read Jones’s brother. Though the letters date from January 1861 to April 1894, the bulk of the letters date from 1861-1862, when James and his brother served in the Union army. As Documents 2-4 detail, Sergeant J. R. Jones was mustered into Company E, 36th Regiment of the Indiana Infantry, in September 1861. He met Achsah Gilbert Pleas and on April 7, 1862, just after the Battle of Shiloh, they were married. Sgt. Jones was promoted to Second Lieutenant in March 1862 but discharged for an inguinal hernia on December 2, 1862. He then spent much of his life traveling the world as a Quaker minister, while Achsah raised their children in North Carolina. Achsah and Jimmy were married until Achsah’s death in 1898.

The Jones Family materials also includes a scrapbook. The James Read Jones Scrapbook of Writings is a collection of letters and newspaper clippings by or about James Read Jones. Dated materials in the collection range from 1885-1911. The scrapbook includes many newspaper columns and articles written by J. R. Jones, as well as assorted correspondence, photographs, and poems.

Other new materials include: 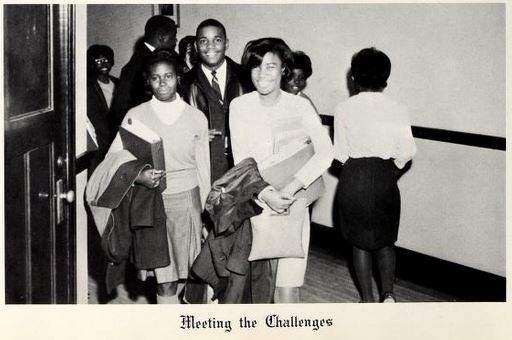 Students at Richard B. Harrison High School on their way to class in 1966. 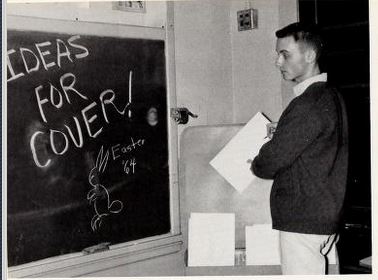 The high schools include: 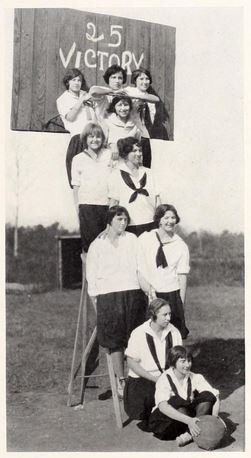 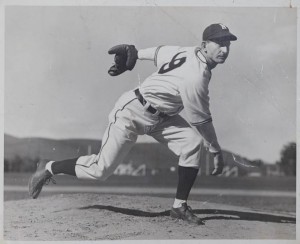 Four scrapbooks documenting the life and career of baseball player Ray Scarborough are now available on DigitalNC. Scarborough was a one-time all star and World Series champion who pitched for several major league baseball teams in the 1940s and 1950s. He often received attention from the national press due to his off-season job as a pickle salesman in his hometown of Mount Olive. The scrapbooks are from the local history collection in the Wayne County Public Library.

Scarborough, a native of Mount Gilead, attended Wake Forest, where he was a star pitcher on the baseball team in the late 1930s. He taught high school briefly in Tabor City before beginning his professional baseball career with the Chattanooga Lookouts. In 1942, Scarborough signed his first major league contract with the Washington Senators. 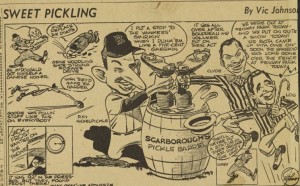 Scarborough pitched for the Senators in 1942 and 1943, then spent two years in the Navy. He rejoined the Senators in 1946 and spent the next eight years in the big leagues, pitching for the Senators, the Chicago White Sox, the Boston Red Sox, the New York Yankees, and finally the Detroit Tigers before retiring in 1953. He was an all star in 1950 and was a member of the Yankees 1952 World Series championship team. Scarborough finished his career with a record of 80-85 and an ERA of 4.13.

ooks now online include newspaper clippings, photographs, and some memorabilia from Scarborough’s career. In an era when baseball salaries were significantly lower than they are now (Scarborough’s first contract was for $3,800 a
season), players often had to find additional work in winter. Scarborough was a salesman for the Mount Olive Pickle Company, much to the delight of journalists in New York and Boston who called him the “Pickle Peddling Pitcher” and frequently ran cartoons showing him dunking opposing players in pickle barrels. Scarborough played up the connection himself, looking for opportunities to expand the market for Mount Olive’s famous “Carolina Beauty” pickles. 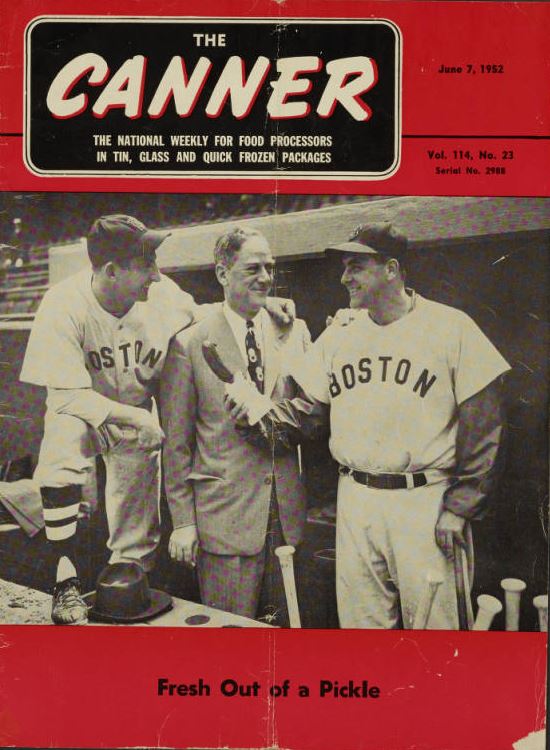 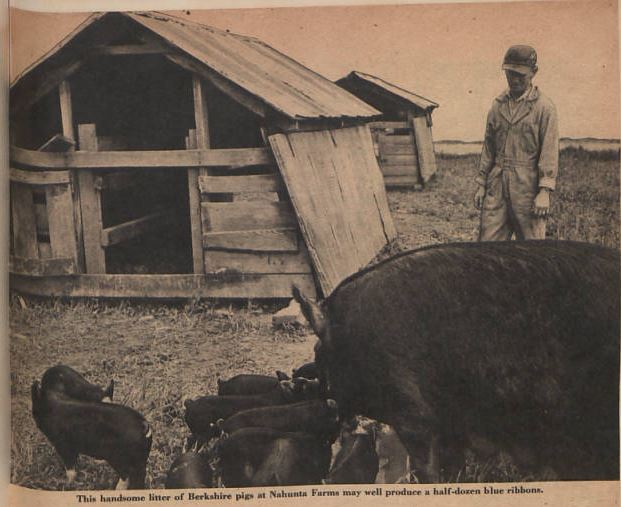 The 4-H scrapbooks are from the 1950s and show the focus on pigs in Wayne County’s 4-H program at the time. The scrapbooks also show in detail the amount of record keeping that 4-H members had to maintain to participant in the livestock and crop competitions. The scrapbooks include photographs, worksheets, and essays on “What 4-H Means to Me.” 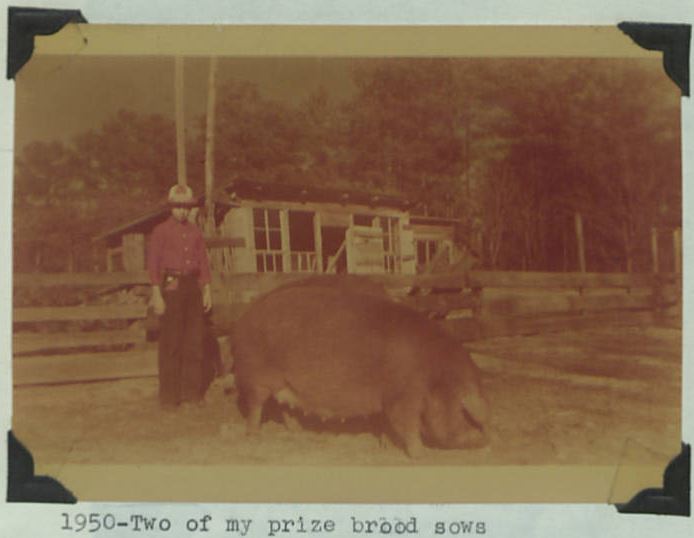 Pictured below are the women’s basketball teams from both the oldest and newest yearbooks of Fayetteville State University now available on DigitalNC.

The Smithsonian [1927] was published by the State Normal School, which would eventually become Fayetteville State. We also recently digitized the 2012 and 2013 yearbooks, as well as issues of their student newspaper from 2013 and 2014. You can view all of FSU’s yearbooks and newspapers here. 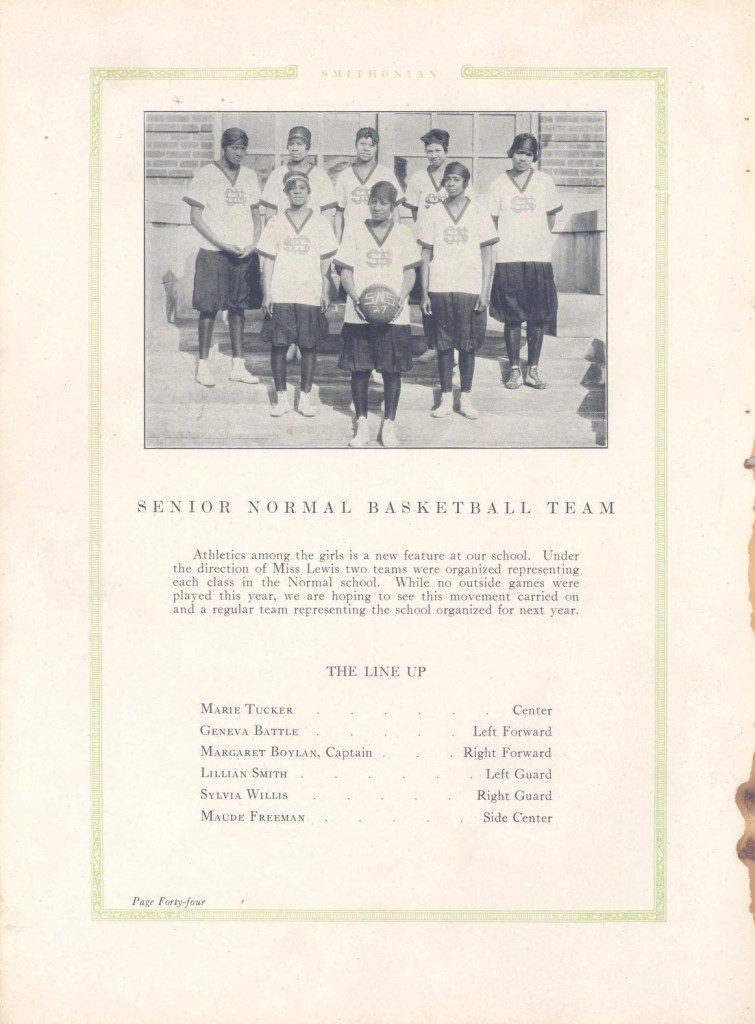 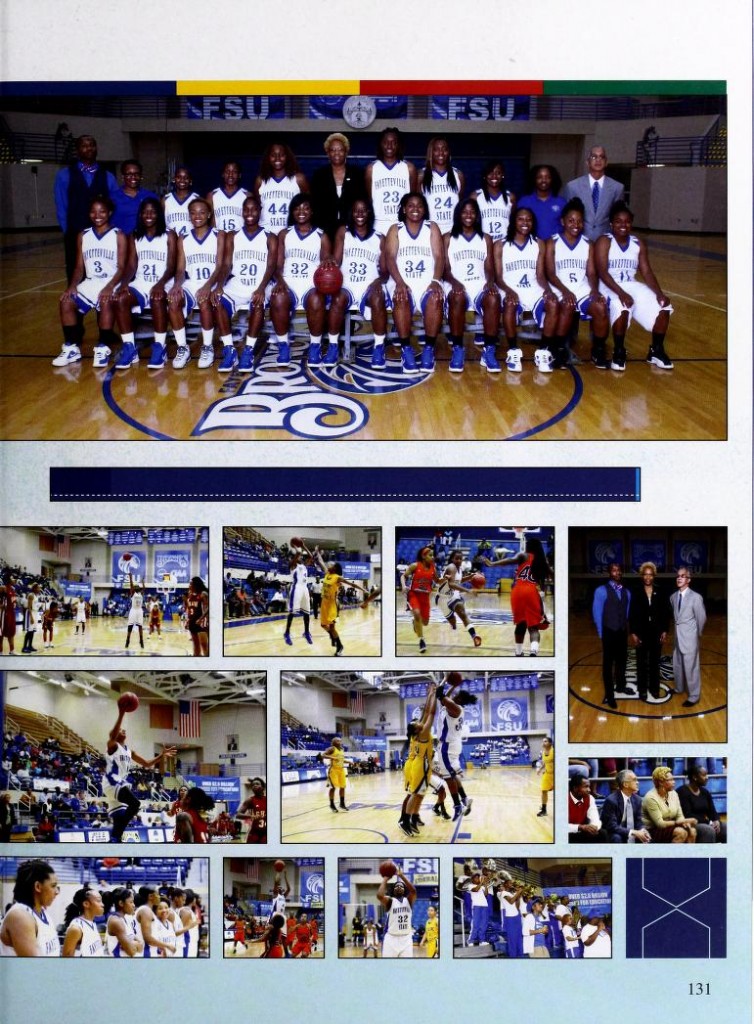