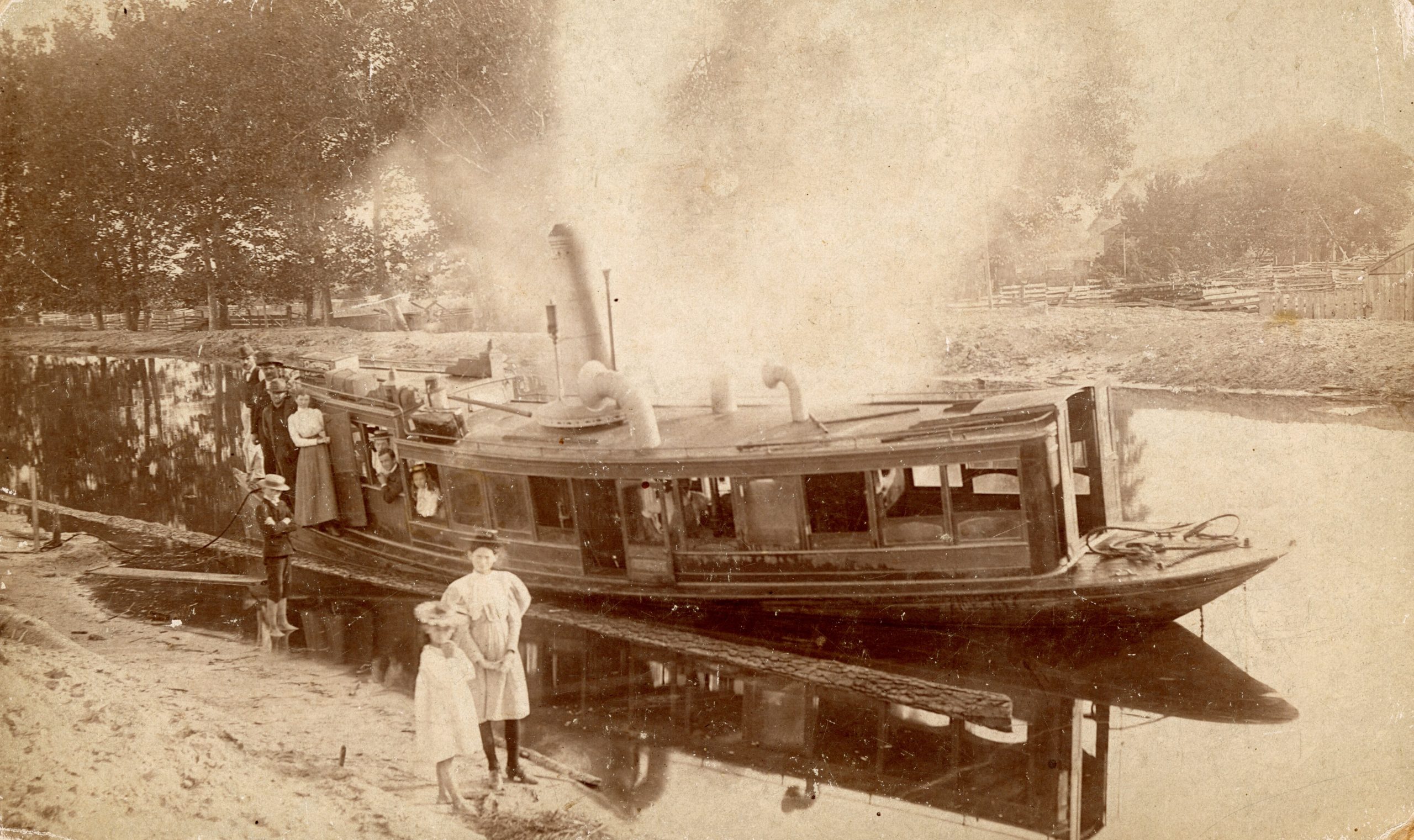 Of the 59 photographs that were scanned, the most riveting are ones that depict individuals on the Dismal Swamp Canal. The first photograph (above) shows a commercial boat loaded up with several passengers waiting to depart. The second picture below depicts three individuals fishing while the third shows a person rowing. 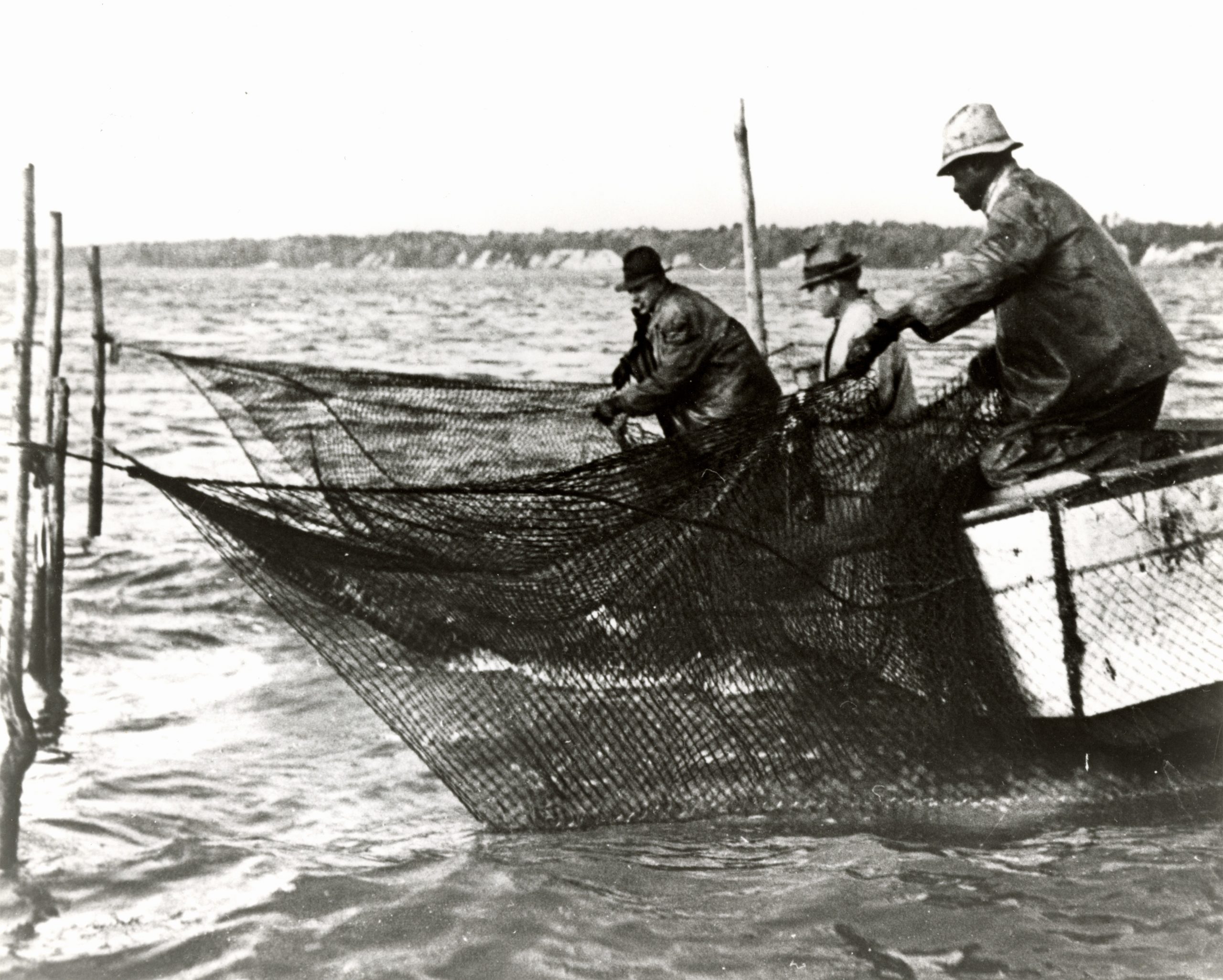 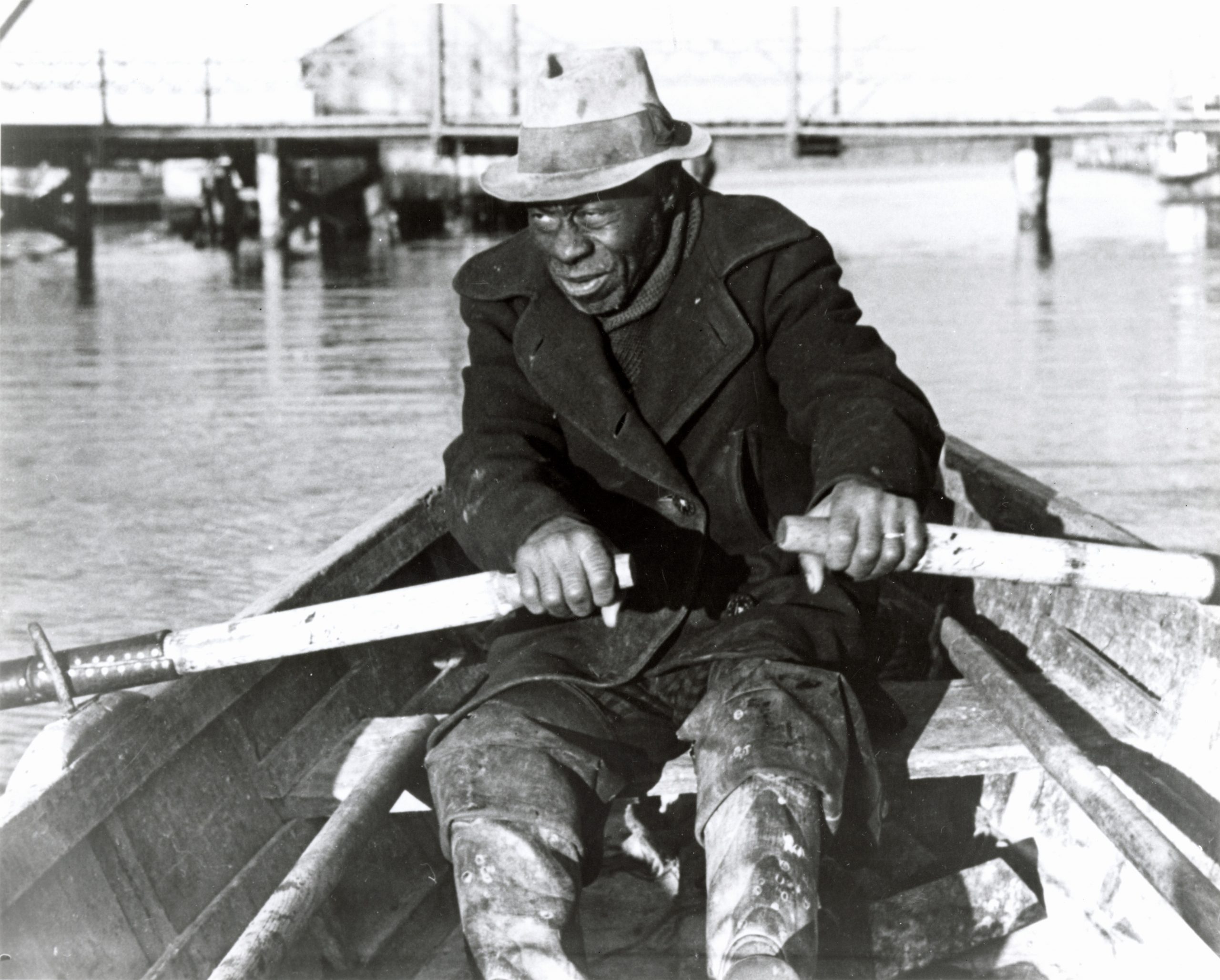 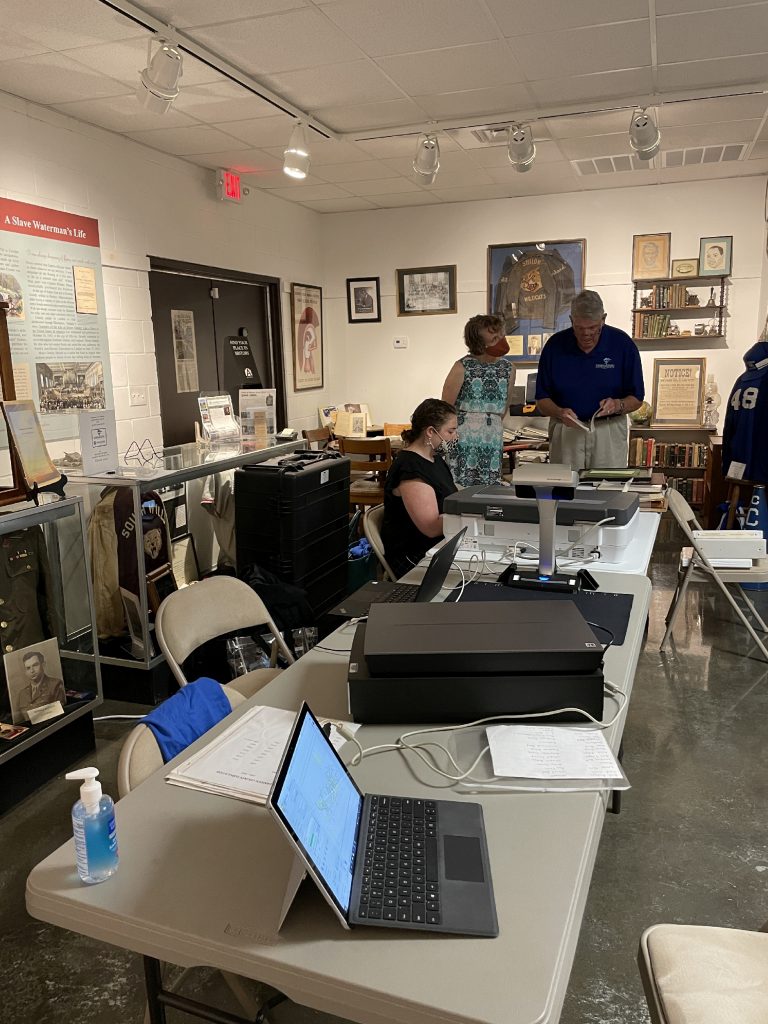 We have an exciting milestone to announce – with the addition of the Camden County Heritage Museum  and the Dismal Swamp Canal Welcome Center we have now worked with at least one partner organization in all of North Carolina’s 100 counties. NCDHC staff received a warm welcome in Camden County at the end of August when we traveled there to scan materials for both of these organizations. 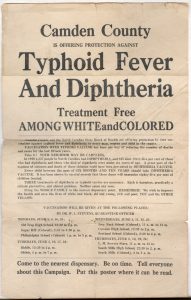 Our post today shares the materials we scanned from the Museum (stay tuned for a future post about the Welcome Center’s materials). From photos to maps to brochures to handwritten research notes, the Museum selected a variety of items that document important aspects of the county’s history. Some of the longer and more detailed items are mentioned below:

We were especially interested to read the typhoid fever and diptheria vaccine announcement shown to the right, which seems especially timely during the current pandemic. Note that the author called out the races separately and that people had to go to a specific location based on their assigned race. Man on a lawnmower in front of homes on Cleveland Ave., 1958

Back in May, when the NCDHC staff went to Winston-Salem to do a day of on-site scanning with the Winston Salem African American Archive, the bulk of our scanning was over 200 slides that showed construction of public housing units built by the Housing Authority of Winston-Salem, as well as some slides that showed the areas of “urban decay” that were replaced with these developments in initial urban renewal efforts in the city that started in the late 1940s. The housing complexes photographed include Cleveland Avenue homes (built in the mid 1950s as one of Winston-Salem’s first public housing communities), Sunrise Towers, Crystal Towers, the 14th Street Community Center, Northwood Estates, and the Castle Heights neighborhood. Woman walking with two children in Winston-Salem. The slide was included in a section that stated “conditions before redevelopment”. Ca. 1950

See all the slides we scanned from the WSAAA here. To learn more about the archive, visit their website. In June, the staff from the NC Digital Heritage Center drove over 5 hours – almost to the Tennessee border! – to spend a few days scanning on site at the Graham County Public Library.  A beautiful part of the state, we not only enjoyed meeting our new partner, seeing their collections, and even getting to sit in on a mountain music lesson at the library, but also getting to know a part of NC we don’t often get to.  The majority of materials we scanned for Graham County were photographs of the logging industry and dam building that built up the western part of the state in the early to mid 20th century and the people who built the towns that supported these operations. Man standing on a bridge near Cheoah Dam With these scans now online, we have added a new partner and new county to DigitalNC!  To learn more about Graham County Public Library visit their partner page.