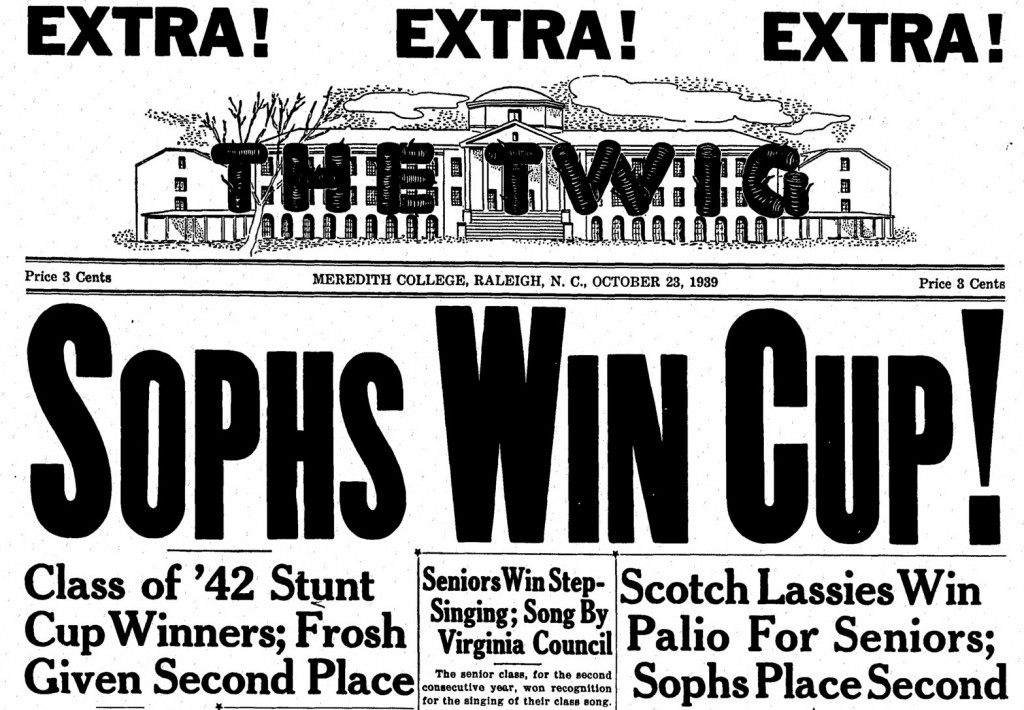 Issues of Meredith College’s student newspaper from 1921-2009 have been added to DigitalNC. This is just in time for Meredith’s 125th anniversary, which the college is celebrating over the 2015-2016 school year.

Meredith is a women’s college located in Raleigh, with a student body of around 2,000. The school’s student newspaper began in April 1921 as The Twig. In January 1986, the paper changed to the Meredith Herald, its current title, in an effort to remake it to “more professional reporting and looking paper.”

“Stunt,” “Palio,” “Corn huskin'” – as we were processing this newspaper we kept coming across the strangest terms making big headlines. It turns out that longstanding traditions with names like these are a hallmark of Meredith College, and it’s interesting to see how many started in the school’s earliest days. “Stunt” has been ongoing since 1915, and mention is made in the October 1921 issue of the paper. The first Palio, which eventually became “Corn Huskin'” can be found on the “Stuntsville Starter” page of The Twig, September 28, 1935. The page below, from October 27, 1934, shows that Stunt Day activities included Tree Planting, Bicycle Racing and, of course, the Stunts. 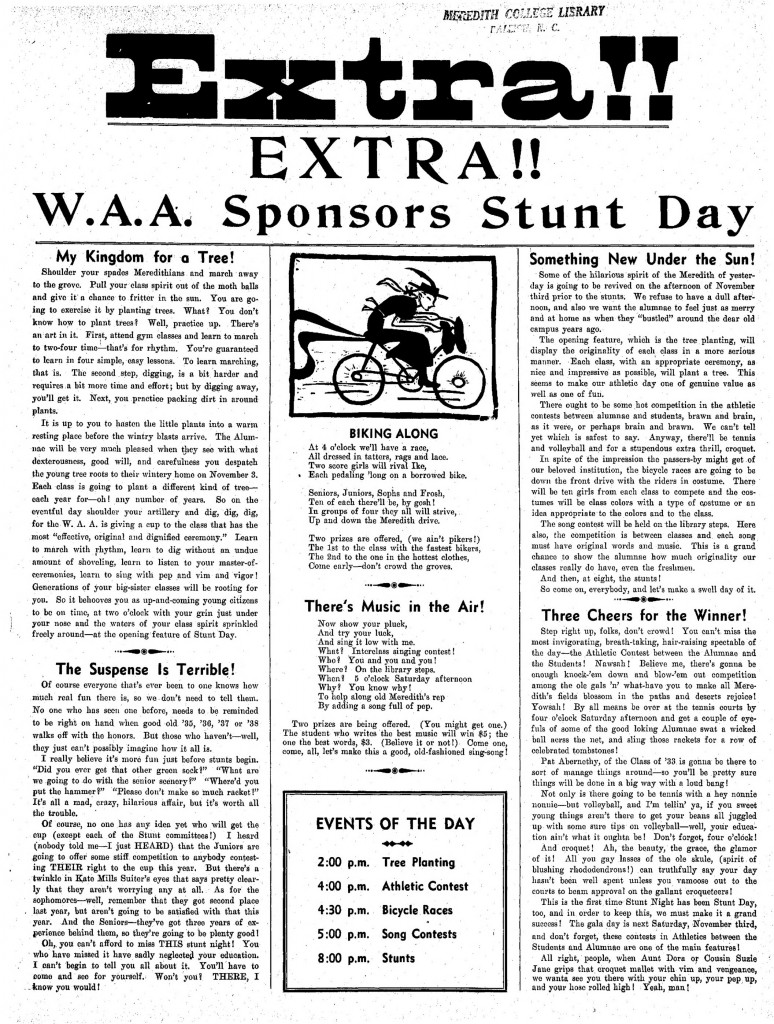 We worked with Meredith College to bring these issues, digitized awhile ago by an outside vendor, to DigitalNC.org. Over the next few months, we hope to fill in the missing gaps, to present a more complete run online.

The Perquimans Weekly, 1934-1977, Devoted to the Upbuilding of Hertford and Perquimans County →