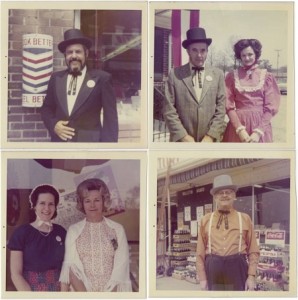 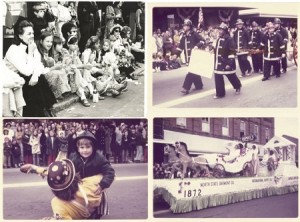 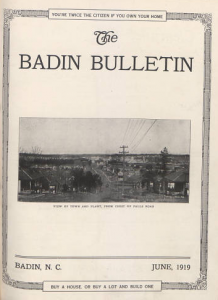 One of the more recent items we’ve digitized from the Stanly County Museum is the “Copy of Robert E. Lee’s Farewell Address and Parole Slip of Confederate Soldier E. S. Swaringen, 1865.” It’s a self-explanatory title, and despite the historic nature of Lee’s address the Parole was probably of equal or more import to Swaringen.  The well-worn parole pass is pictured below.

Dated April 10, 1865 at Appomattox Court House, Va., the pass reads: “The Bearer, Sargt E. S. Swaringen of Co. “I” 52nd Regt. of N. C. D., a Paroled Prisoner of the Army of Northern Virginia, has permission to go to his home, and there remain undisturbed.” It is signed S[amuel]. Lilly.

After Lee’s surrender, over 28,000 parole passes like this one were given out to Confederate soldiers who agreed not to fight — who would give up their arms and proceed home. The blank passes were printed in the field, the operation being directed by Major General John Gibbon who recalled the difficulty of producing so many in such a short period of time. It’s interesting to think about printing logistics compared with an event as momentous as the end of a war. Printing and filling out those passes would be like supplying every person in the city of Sanford NC with a small form within 24 hours.

E. S. Swaringen, the bearer of the pass, was Eli Shankle Swaringen or Swearingen (1836-1913) of Stanly County, North Carolina. The Swaringen family was and is prominent in Stanly County; William Swaringen was one of the first justices of the peace. During the Civil War, the 52nd Regiment, of which Eli was a part, was organized on 22 April 1862 near Raleigh. You can read a more extensive description of the Regiment’s activities in Volume 3 of the Histories of the Several Regiments and Battalions from North Carolina, in the Great War 1861-’65, p. 223 [271 online].

Swaringen and family are buried at Randall United Methodist Church in Norwood, North Carolina, and his tombstone, albeit slightly hard to read, is pictured here.

You can see more Stanly County Museum items at digitalnc.org. 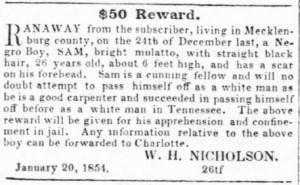 The Western Democrat, a Charlotte newspaper, is now online with issues dating from 1853 through 1868.  A weekly paper, it is interesting in that it does not contain much local news or even information which would be recognized as news by modern readers.  The front page includes such stories as “A Clever Anecdote–The Emperor and His Daughter” which is indeed a story as well as reprints from other newspapers.  Generally four pages in length, the last two contain the most local content which is in the form of advertisements.  Ads for “negroes wanted,” “negroes to hire,” and “negroes for sale” are common, such as in the the December 6, 1859 issue. Also frequent are advertisements offering rewards for runaway enslaved people.  On the same page of the March 31, 1854 issue, a $50 reward is offered for the apprehension of a 26-year-old man while a separate ad offers the same amount for the apprehension of a thief who stole fifteen turkeys.

With the start of the Civil War in 1861, the newspaper shifts focus and prints stories almost exclusively related to the war effort.  Lists of North Carolina killed and wounded are included as are descriptions of battles, discussions of the state’s defenses, and reprints of speeches and general orders.

Though lacking in local content, the Western Democrat provides insight into the important news during the 1850s and 1860s and gives the perspective of a Southern town on the Civil War. 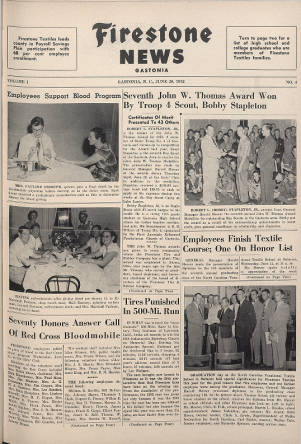 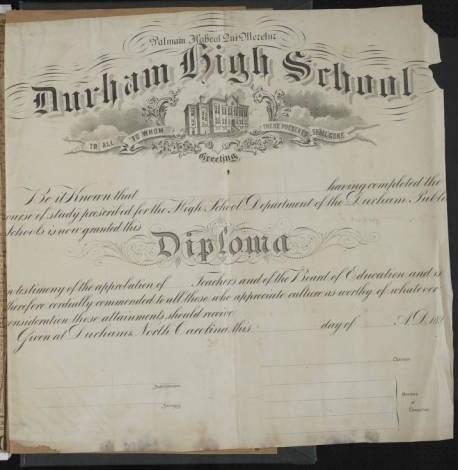 Clinton W. Toms (1868-1936) graduated from the University of North Carolina at Chapel Hill at the age of 21 and was a school principal prior to holding the position of superintendent for Durham schools from 1894 to 1897.  Known as a progressive educator and philanthropist, he revamped the administration and arrangement of the graded school and helped to found the Durham Public Library in 1896.  He introduced a compulsory manual training course to the curriculum and also reorganized the high school curriculum into subject departments.  His efforts to secure funds to provide classroom materials brought him in contact with the Duke family.  In 1897, he left the field of education to join the American Tobacco Company.  This scrapbook documents Durham’s education system during Toms’ service as superintendent, primarily through newspaper clippings.  Also included are school exercises, correspondence, and printed material.

The Toms Scrapbook is shared online by the Durham County Library.