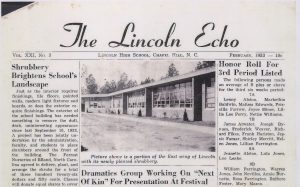 Several fragmentary issues of The Lincoln Echo, the student newspaper of Chapel Hill’s Lincoln High School, are now online at DigitalNC. The copies in this batch, most of which only include one or two pages of a given issue, span the time period between 1944 and 1964.   The school served the Black community in Chapel Hill prior to integration.  While incomplete, the materials within provide interesting insights into the concerns of Chapel Hill high school students during this pivotal moment in North Carolina history. The issues cover news topics like sports, facility renovations, and school events, as well as creative works by students and advertisements for local businesses. 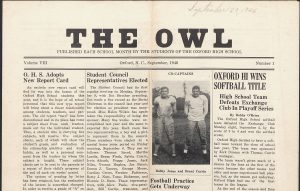 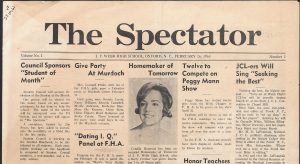 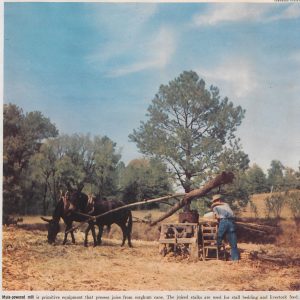 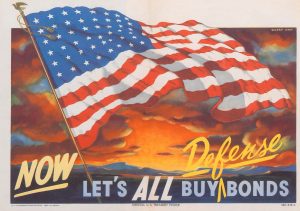 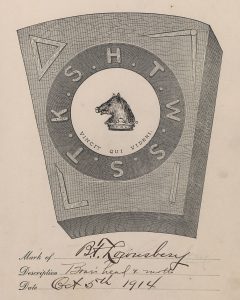 A page from the Book of Marks of the Chorazin Chapter no. 13 of the Royal Arch Masons of Greensboro, NC, 1914

A new batch of items from The Grand Lodge of Ancient, Free and Accepted Masons of North Carolina are now available online. The recently digitized materials consist largely of minute books, account ledgers, and membership rolls from the Grand Lodge and various other Masonic lodges in North Carolina. Also included is a selection of twentieth-century scrapbooks, bylaws, historical sketches, and programs from several different lodges. The textual materials originate mainly from lodges  in the Raleigh and Greensboro areas and date from the early 19th century to the 1960s. 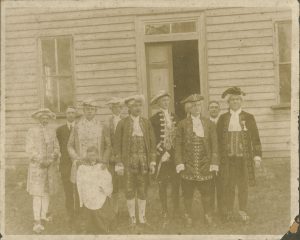 Officers of the Order of Colonial Masters at the Royal White Hart Lodge no. 2, 1911

Accompanying the textual materials are two groups of photographs, the first detailing various activities and features of the the Royal White Hart Lodge No. 2 of Halifax, NC in 1911. The second group of photographs documents a ball held on April 18, 1962 which celebrated the installation of Charles Carpenter Ricker as Grand Master of Phoenix Lodge No. 2 in Raleigh, NC. A single photo, taken circa. 1915, which details a gathering of Oasis Shriners in Charlotte, NC, accompanies the two larger sets.

To see more materials from The Grand Lodge of Ancient, Free and Accepted Masons of North Carolina, visit their partner page or take a look at their website. 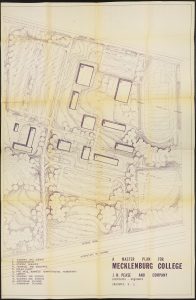 A new batch of materials from Central Piedmont Community College (CPCC) is now available online. The documents, stored in vertical files at CPCC’s archives, consist of school administrative documents and yearbooks from the 1950s and 1960s. The materials document the operation and administration of the predominantly Black Carver College (later renamed Mecklenburg College) and the Central Industrial Education Center before their merger to form CPCC in 1963. The batch contains the entirety of both the Carver College Collection and the Central Industrial Education Center Collection from CPCC’s archives. For detailed finding aids on either collection, please follow the links.

The new materials are an addition to the CPCC memorabilia and yearbooks already hosted online at DigitalNC. Please visit their partner page or website for more information. 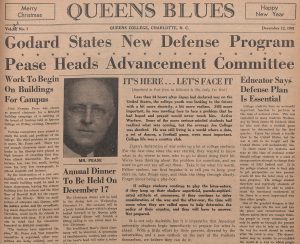 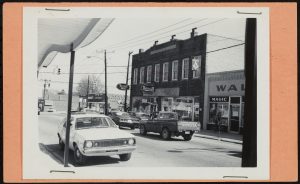 A new batch of materials from the Page-Walker Arts & History Center is now online at DigitalNC. The batch consists of research notes compiled by author Thomas M. Byrd for his 1994 book, Around and About Cary, which describes the history of Cary, NC. The notes include pages of draft edits, copies of primary and secondary sources, correspondence, census information, and various planning documents. Byrd’s notes are a great resource for those interested in the history of Cary or, more generally, the planning and composition of local history works and the overall growth of the Wake County and Triangle area of North Carolina. 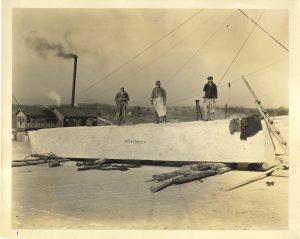 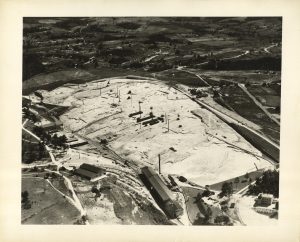 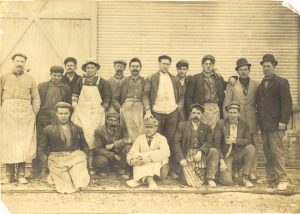 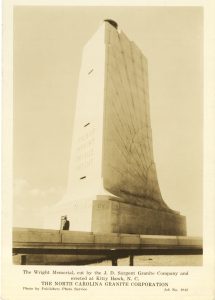 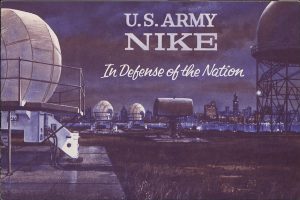 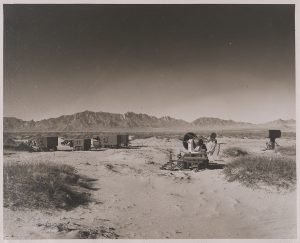 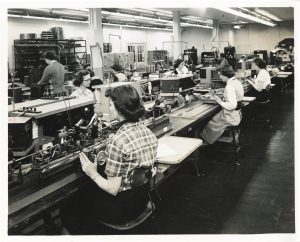 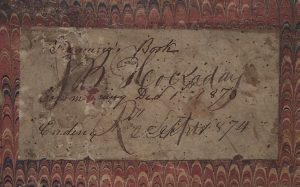 Cover of a ledger/scrapbook from the Cumberland County Public Library, 1873-1875

A trio of nineteenth-century business ledgers from the Cumberland County Public Library are now online at DigitalNC. The ledgers date from the 1830s, the 1850s, and the 1870s, respectively, and can help teach us more about the daily lives of North Carolinians during the nineteenth century. Particularly interesting is the first ledger, which dates from 1832-1834 and documents the business dealings of the merchants Womack and Goodwin in Pittsboro. Operating as general merchants, the firm served the local community with wares ranging from lace, to nails, to sugar, and everything in between. 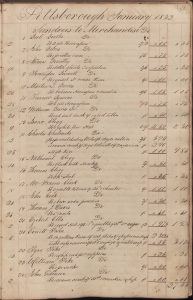 Page From the Womack and Goodwin Business Ledger, 1832

The second ledger dates from 1852 to 1854 and documents the transactions of an unidentified merchant who conducted business in Cumberland County, Randolph County, and elsewhere. It includes transactions with several prominent Randolph County personalities, including Isaac Holt Faust (1818-1864), a wealthy estate owner who enslaved people, and Pinckney Davenport II (1811-1867), a local moonshine distiller. A selection of papers from the family of Foust’s daughter can be found in the Harris and Foust Family Papers, part of the Southern Historical collection at UNC’s Wilson Library. 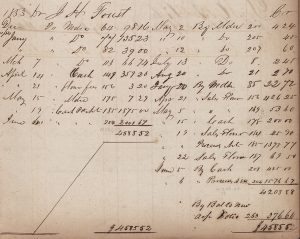 The third ledger includes more account information, attributable either to one JB Hockaday or one NA Stedman Jr. of Fayetteville, and dates from 1873-1875. The first 21 pages of this ledge are pasted over with unidentified drawings and newspaper clippings, mainly consisting of prose and poetry.

For more materials from the Cumberland County Public Library, please visit their website or their contributor page here at DigitalNC.