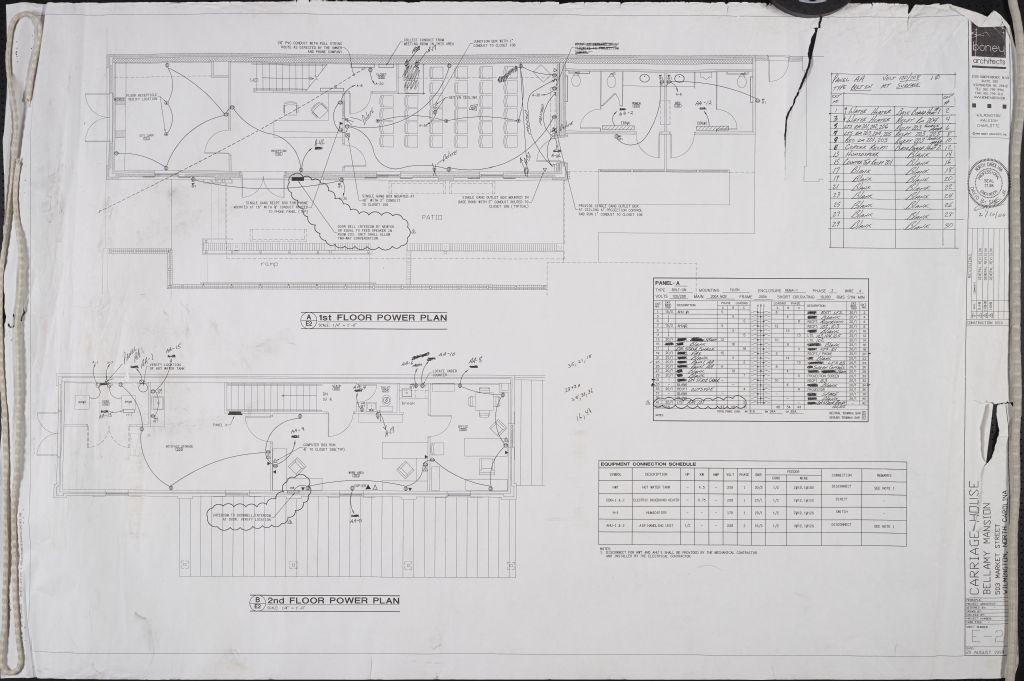 21 building plans of the Bellamy Mansion restoration are now available on DigitalNC.

The Bellamy family began construction on the mansion in 1859, in Wilmington, N.C. The Bellamy grandchildren maintained possession of the historic home until the late twentieth century; however, the mansion was in need of major renovations due to years of decay and an arson that took place in 1972. In 1992, Preservation North Carolina took over control of the home in order to open it to the public and began the restoration process. Boney Architects oversaw the structural renovations and published all of the recently added plans. Several feature the Carriage House on the plantation property, which is now the Visitors Center of the museum.

All of the Bellamy Mansion site and building plans found on DigitalNC offer a picture of what structural restoration can look like for a major historic home. Many of the maps feature the hand-written notes of contractors on the project. They demonstrate the work that lies beneath the finished product of restorations.