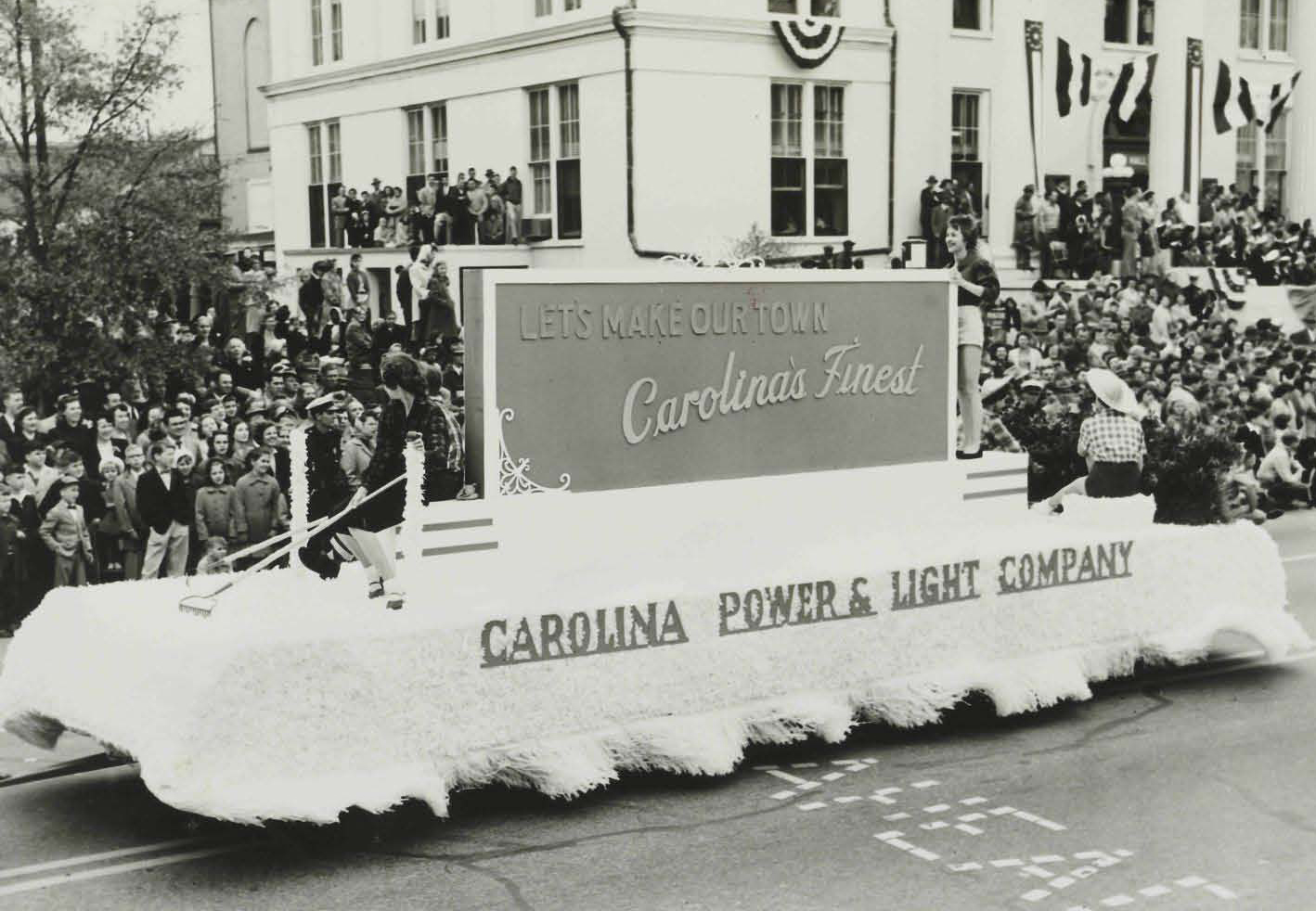 From 1952 to 1959 the Carolina Power and Light Company (CP&L) hosted a “Finer Carolina” contest, in which cities and towns in the CP&L service area vied for cash awards by engaging in community improvements. From a history of CP&L I learned that over the seven years the competition was held 4,600 projects were undertaken, including those aimed at “beautifying residential areas, improving cultural opportunities, upgrading municipal facilities, stimulating business, and attracting new industry”.