Sixty-eight historic photos from the Wayne County Public Library are now available on DigitalNC.org. The photos depict downtown Goldsboro primarily in the early 20th century and include some nice images of old buildings and cars, including this shot of a couple, probably just married, in a car completely covered with flowers. 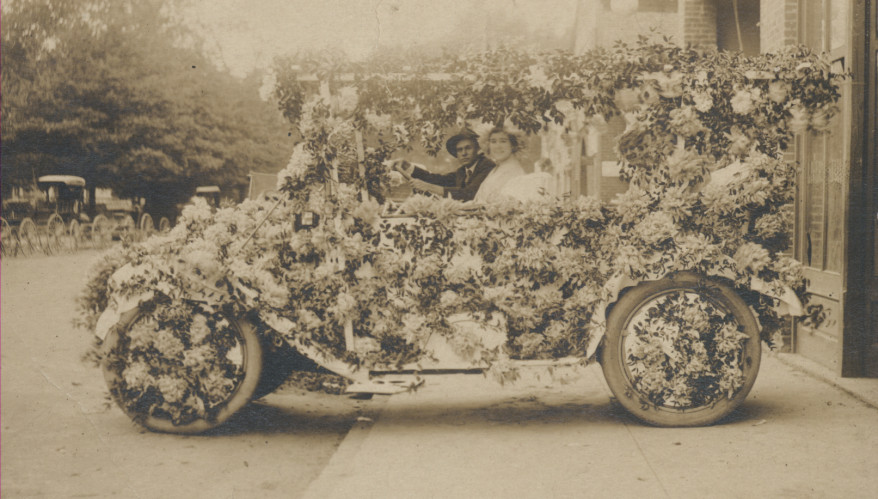