Two ledgers and one document of a financial transaction from the Stanly County Museum have now been added to the North Carolina Memory collection of DigitalNC.

The first ledger shows transactions kept by William Henry Wall (1888-1967), a respected Stanly County resident and son of former slaves. Of especial interest is a sketched out plan on pages 5-6 for Kingville, an African-American community in Albemarle. A number of the names in this ledger also appear in the papers of the Dr. Francis Joseph Kron Collection. 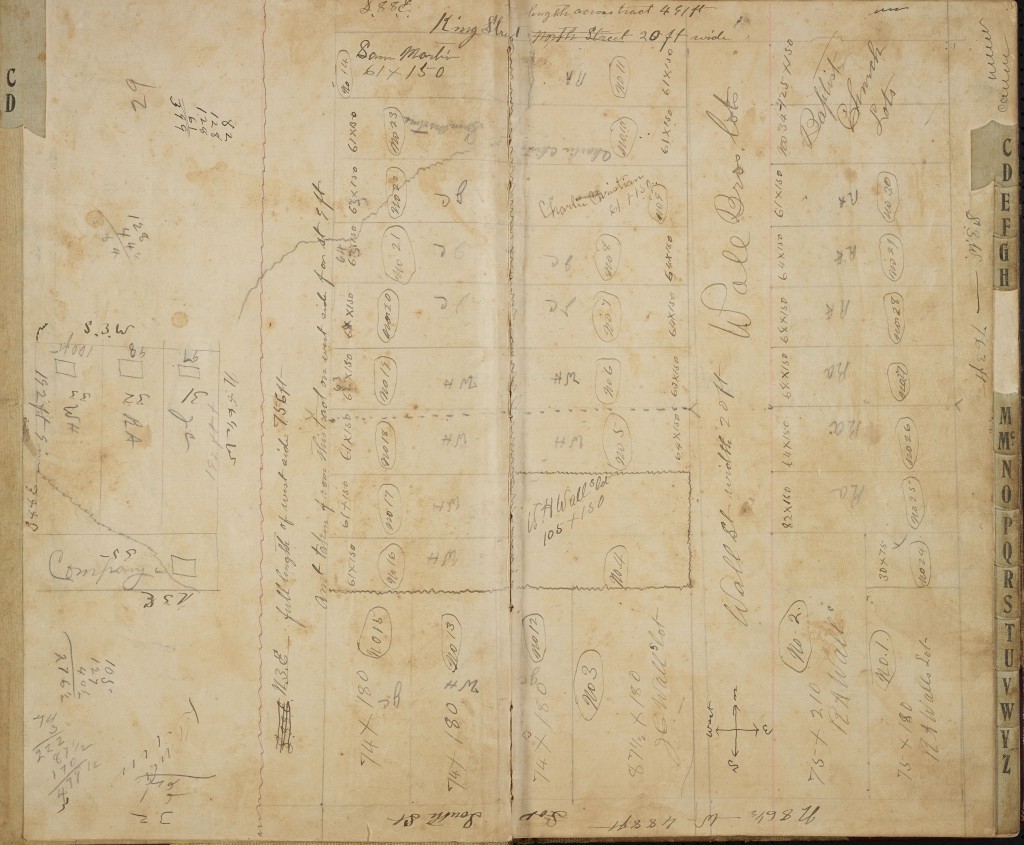 The second ledger comes from the Stanly County Home, and it documents the inmates at the home between the years 1919 to 1955, including the inmate’s name, reason for being admitted into the home, and dates of release or death, in which case cause of death was recorded.

The document mentioned above is also associated with the Home; it is an account of the costs of some lumber that were sent to the home for construction on the porch.

You can view all of Stanly County Museum’s materials on DigitalNC.