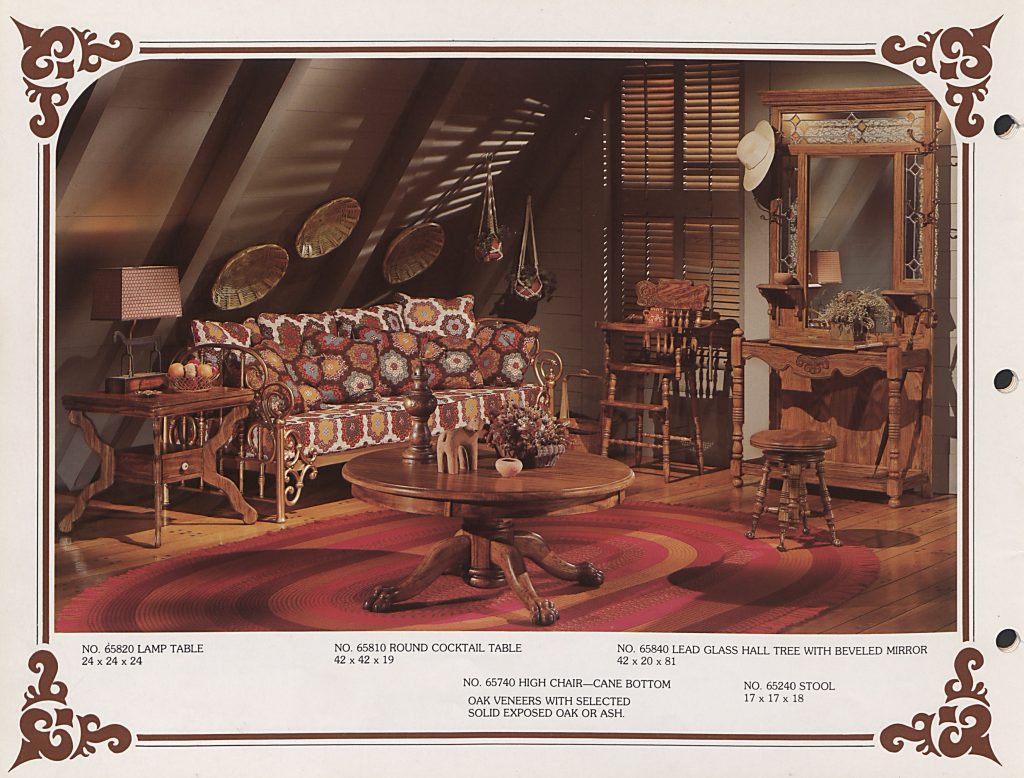 The American Society of Furniture Designers (ASFD), a DigitalNC partner based in High Point, N.C., has contributed newspaper clippings, catalogs, and brochures that document a particular trend of furniture design in the 1970s and 1980s: one driven by nostalgia. American furniture buyers were ready for something new — or, rather, something old-made-new-again — to mix up their modern interiors.

In 1976, Pulaski (then based in Pulaski, Va.) debuted the “Keepsakes” collection in its showroom at the Southern Furniture Market in High Point. The line of golden oak furniture was created for Pulaski by designer Leonard Eisen, a graduate of Syracuse University’s industrial design program. For the collection, Eisen drew on the look of country interiors from the 1890s to 1920s. “Keepsakes” turned out to be a hit, especially among buyers 25-40. “I went to the West Coast antique shops and saw kids buying that type of stuff like crazy,” he is quoted as saying in a 1976 article in the Cleveland Plain Dealer, discussing his original inspiration for the “Keepsakes” line. 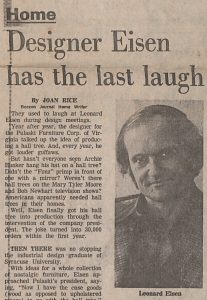 Next, Eisen designed a new line for Pulaski called “Apothecary,” this time basing his designs on what promotional materials described as the “romance” of the Edwardian era (1901-1910). “Apothecary” debuted at the High Point Southern Furniture Market in 1977. The 1980s continued to be a time of growth for Pulaski, and Eisen developed more lines of traditional-style furniture for the company.

The newly digitized materials from ASFD includes 10 articles and ads clipped from various newspapers around the United States between 1975-1977, mostly reviewing the “Keepsakes” and “Apothecary” lines and featuring interviews with Eisen about his design ideas — and the appeal of “nostalgic” pieces among 1970s consumers. (In one article, “Eisen Has the Last Laugh,” he notes that while his parents found his furniture unremarkable, “The kids think its funky.”) The materials on DigitalNC also include undated catalogs, brochures, and other promotional materials for a number of different Pulaski Furniture collections.

To learn more about the American Society of Furniture Designers, visit their website. To see all their items available on DigitalNC, take a look at their contributor page. 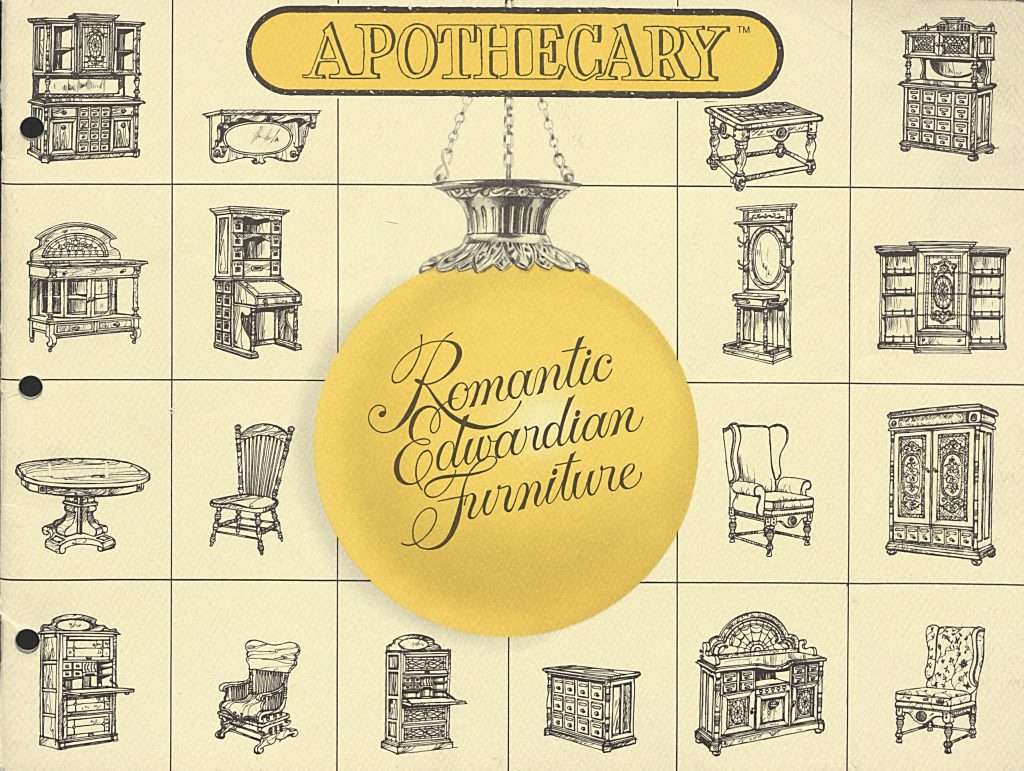