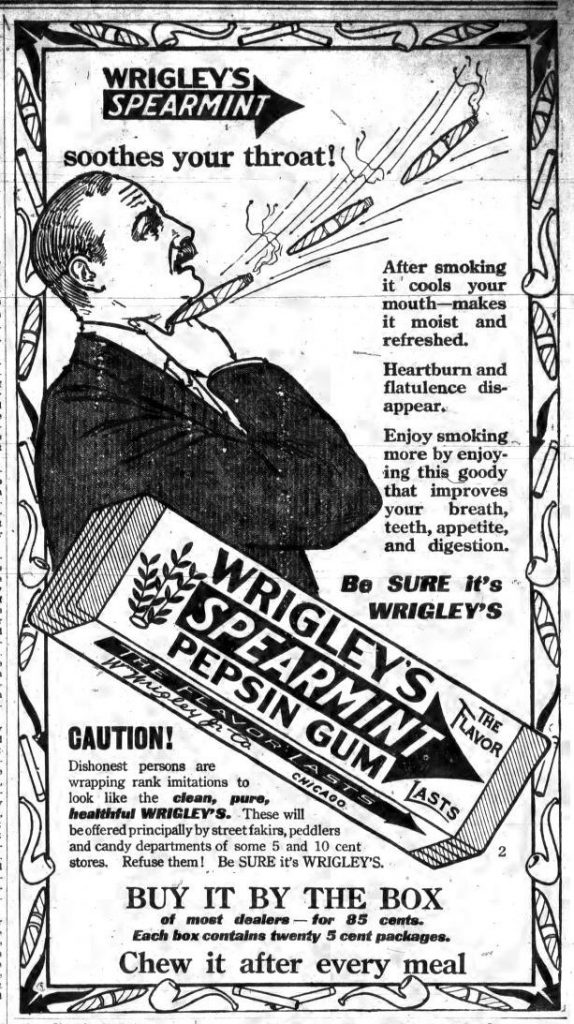 After catching sight of the bizarre Wrigley’s gum ad seen above (cools your mouth! heartburn and flatulence disappear!), I dug up a number of interesting Wrigley’s ads in North Carolina newspapers from the years before and during World War I.

Before the War, ads focused on the health-related claims made by the manufacturers:

Ads from 1914-1918 show the Spearmint/Pepsin variety, then add Doublemint (a peppermint flavor) and finally Juicy Fruit.

The “Wrigley Spearmen” brand mascots begin appearing around 1915, especially in ads that suggested the gum as a “goody” for children. You could send away for a Wrigley’s Mother Goose book, with the Sprightly Spearmen featured in favorite fairy tales and encouraging gum chewing. 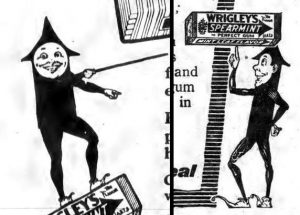 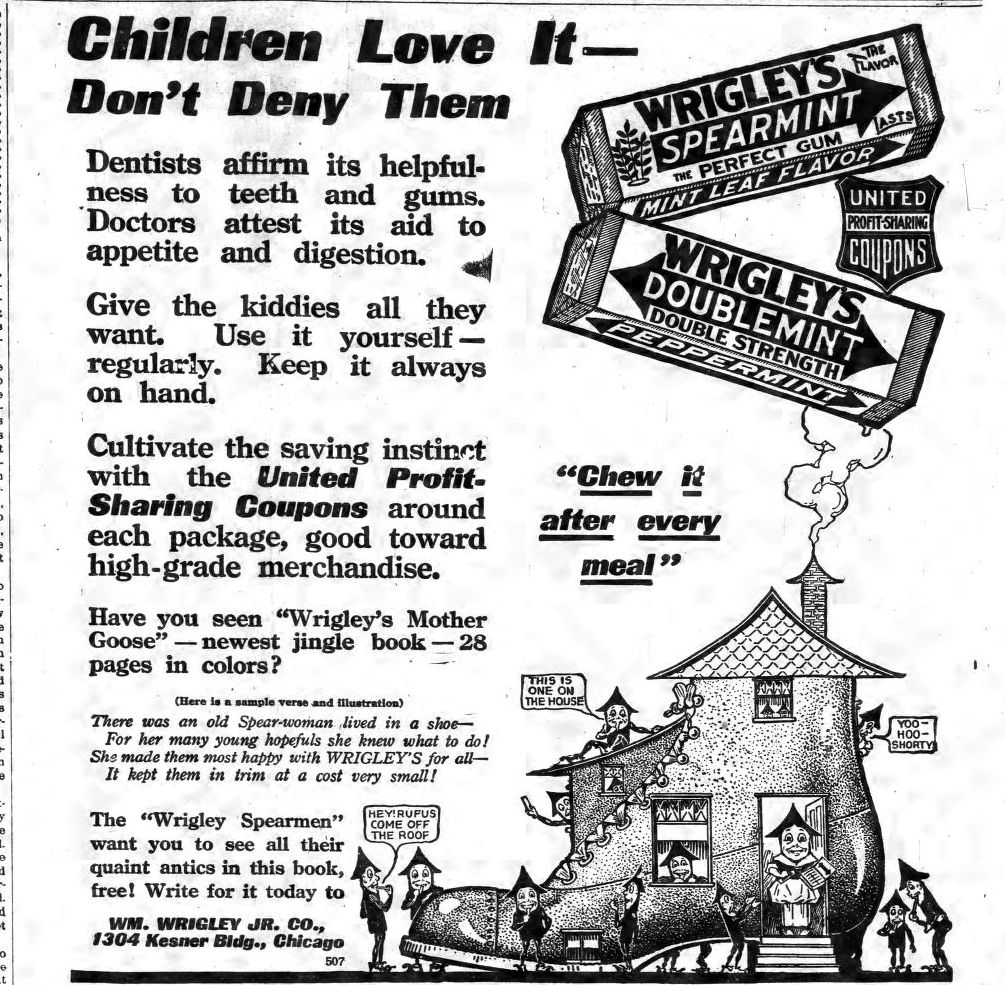 Then, beginning in 1917, ads turn to Wrigley’s gum as a comfort and aid to soldiers abroad. One ad claims “All the British Army is chewing it” and the one shown below says it’s the “great wartime sweetmeat.”

According to the ads, soldiers from the Arctic to the Southern Cross chewed Wrigley’s. The company also announced its substitution of waxed paper for tin foil to assist with the war effort.

From the Wrigley website, I learned that the company invested heavily in marketing in the early 20th century. The proliferation and variety of ads I found definitely supports this. Most of the other ads in newspapers of the time period are smaller, with the largest ones promoting local businesses like banks and stores rather than individual products. Few of the ads have the eye-catching and detailed illustrations of the Wrigley’s ads, which is probably why these caught my eye.

I’ll close with this last ad from 1916, which adopted an image of the “caveman” character that had entered American popular culture a few years earlier. This ad has a very different style from the others I located from the early 20th century. Perhaps Wrigley was trying out a different direction, only to return to more traditional pitches during the War. 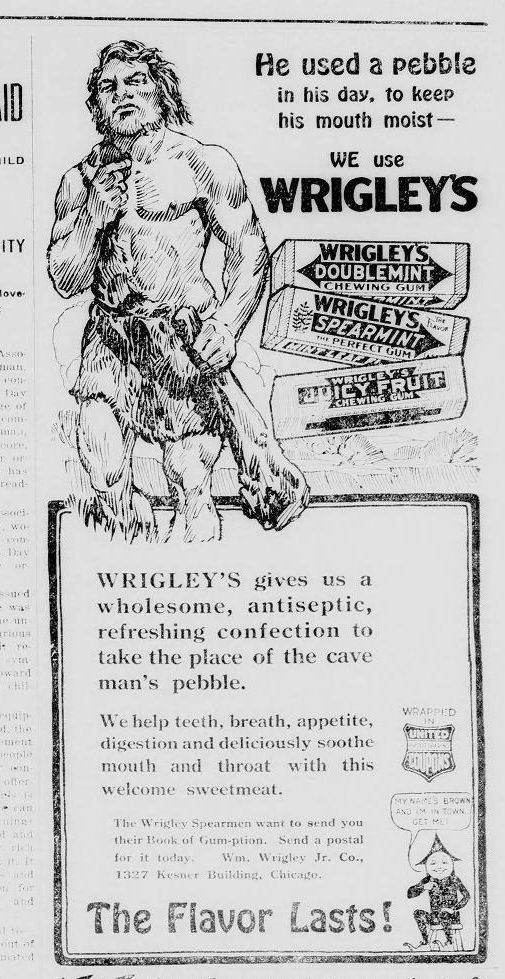 This post was greatly facilitated by our Advanced Search page, which helped me narrow down my search by year. Feel free to browse a variety of front pages from 1914-1918, or my original Wrigley’s search.