Thanks to our partner, Greensboro History Museum, a batch containing over 100 additional issues of Grimsley High School’s student newspaper, High Life, as well as nine issues of the Greensboro Daily Workman from the 19th century are now available on our website.

A majority of the High Life issues from this batch are from the 1960s and 1970s. During these years the hippie movement, a movement which featured long hair, advocation of nonviolence and love, as well as folk and rock music, was taking place. Like many parents during this time, one student named Marcia Quigley had a lot to say about individuals, boys in particular, keeping their hair long. 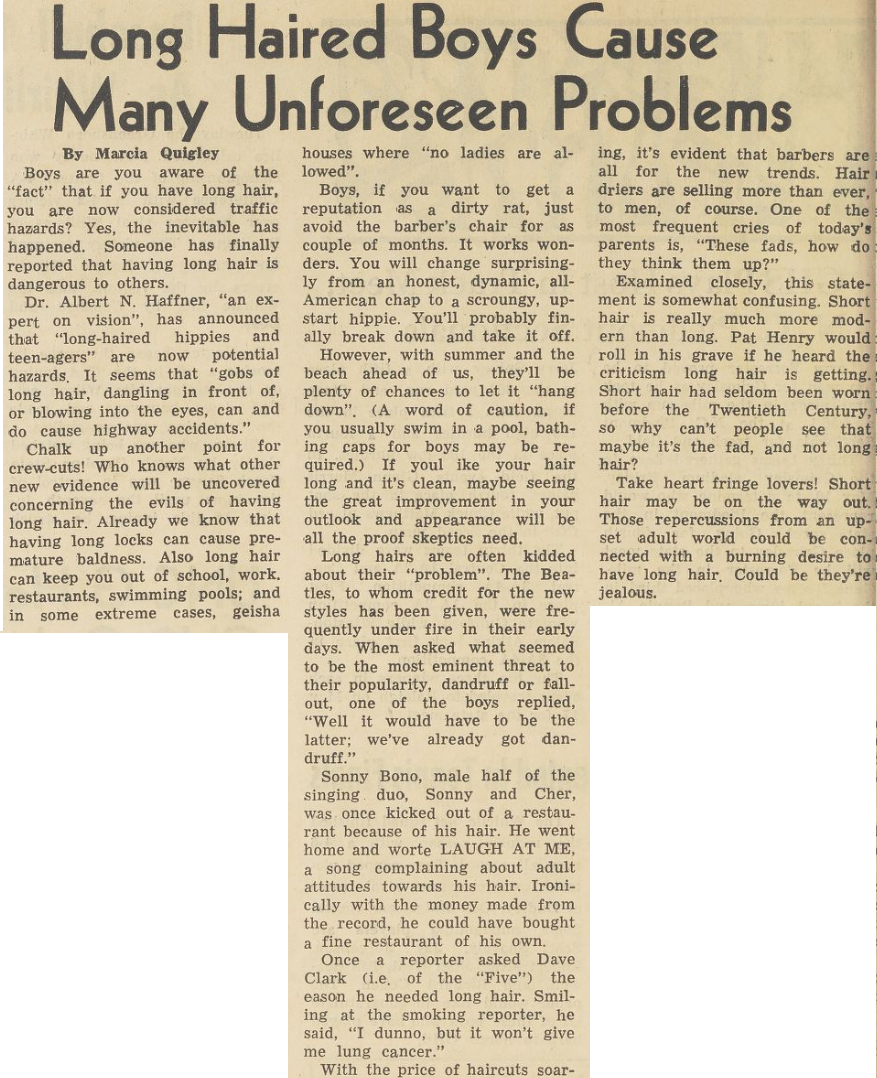 Long Haired Boys Cause Many Unforeseen Problems, May 20, 1968.

The article begins with Quigley discussing the problems of boys having long hair which include them becoming traffic hazards due to their hair dangling in front of or blowing into their eyes, long hair leading to premature baldness, and denied entry to certain buildings. Quigley then goes on to dramatically assert that boys, simply by allowing their hair to grow out, turn from being “honest, dynamic, [and] all-American” to scroungy, upstart hippies with a reputation as a rat. If attacks on their character and driving abilities weren’t enough, the writer also makes sure to include the possibility of being bullied by fellow students and adults. Quigley’s complaint in the May 20, 1968 issue of High Life can be read in its entirety here on our website.

To learn more about the Greensboro History Museum, please visit their website.