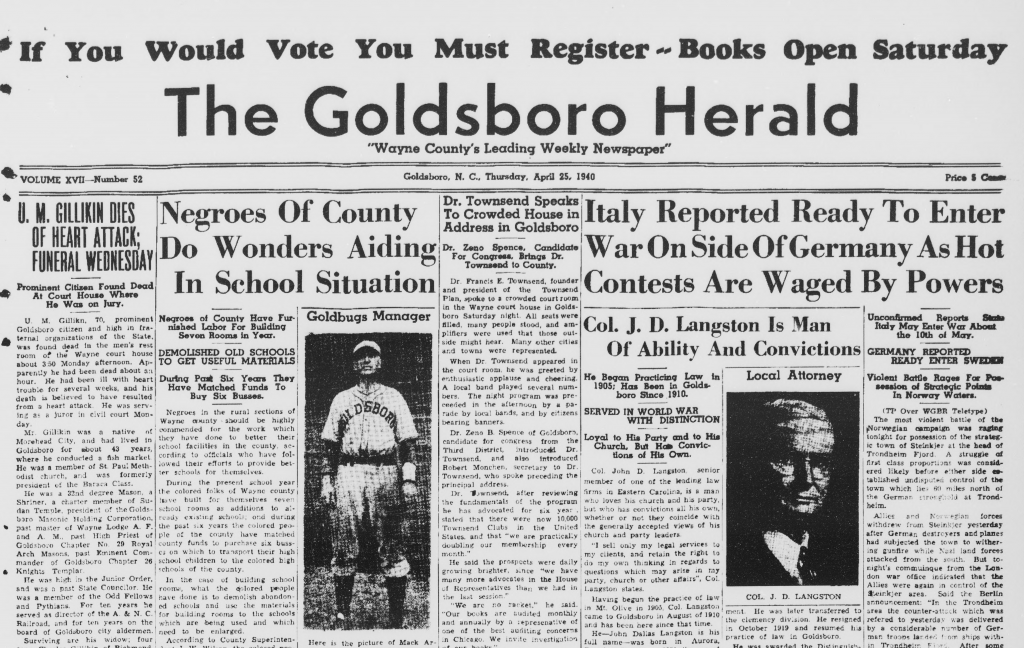 The front page of the April 25, 1940 of the Goldsboro Herald, which shows articles about local Black schools, the Goldbugs, and a prelude to war.

Thanks to the Wayne County Public Library, we’re sharing issues of the Goldsboro Herald from 1936-1940 on DigitalNC. Digitization of these issues was funded by the North Caroliniana Society. 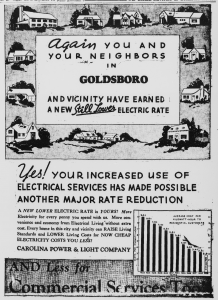 This ad is one of many targeting Wayne County residents during the heyday of rural electrification in North Carolina. It’s from the January 12, 1939 issue of the Goldsboro Herald.

The Goldsboro Herald is full of local information with little syndicated content. You’ll see stories related to the tobacco market, crime, and personal news items like births, visits, and deaths. Special columns cover Baker, Eureka, Pikeville, and Patetown – all in Wayne County. Also prominent is sports news, with coverage of the Goldsboro “Goldbugs” baseball team frequently right on the front page. As the paper progresses into 1940 the front page increasingly has news related to world events leading up to the second World War.

It’s unclear how long the Herald ran – if you have more information on this let us know in the comments. You can view more items from Wayne County Public Library on their contributor page, including links to a number of other Goldsboro newspapers.